Former Governor of Ogun state, Olusegun Osoba has raised alarm over alleged illegal surveillance placed on his resident, by a supposed political opponent.

The former governor made this known in a statement released on Tuesday, September 25, 2018 and made available to newsmen.

According to the statement, a male and female were seen around the ex-governors resident, making use of drone to monitor activities within his residence. 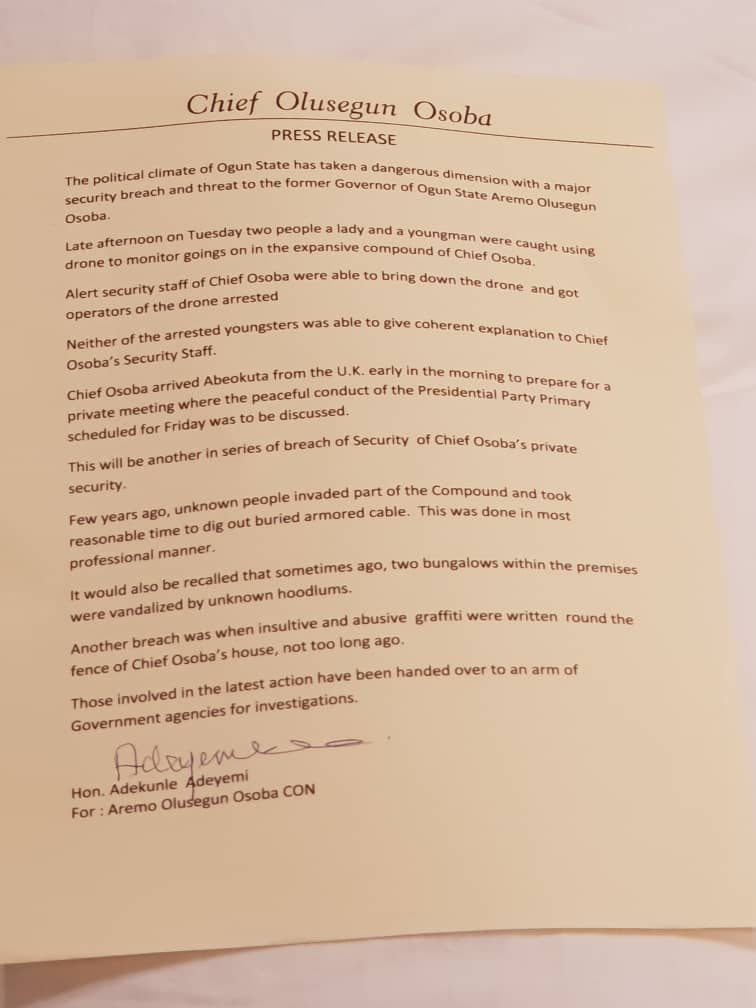 ‘My House Under Surveillance’ – Ex-Governor Olusegun Osoba Cries Out was last modified: September 25th, 2018 by Reporter