NDLEA Loses 58 Officers In 2yrs, As Staff Calls For Sack Of Abdallah 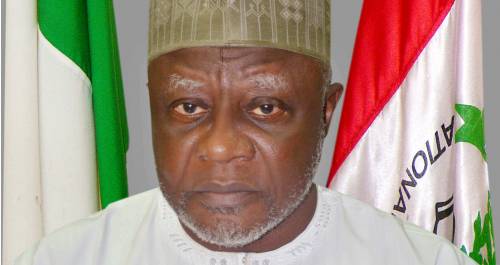 This is as some staff of the anti-narcotic agency has called on President Muhammadu Buhari to sack Abdallah and issue compulsory retirement to the seven directors in the agency, accusing the Chairman of conniving with drug barons at the expense of Nigeria.

A document made available to SaharaReporters and signed by Mr. Musa Ahmed Yusuf, on behalf of ‘Concerned Officer,’ said that many of the 58 officers died from frustration and criminal neglect of their welfare by the Chairman.

The group called on Buhari to as a matter of urgency sack Abdallah, stressing that since he came onboard, some of the key partners like the United States Government and the United Nations Office on Drugs and Crime (UNODC) among others were no longer comfortable with the state of affairs in the NDLEA due to the position of the agency’s Chairman.

The group gave the names of dead officers under Abdallah in the past two years with their ranks and last station as:

The petition also accused the Chairman of encouraging corruption in the system by neglecting the welfare of both the living and dead officers, warning that if Abdallah was not removed, the image of the country would further be soiled in the international community.

The petition read in part: “Sir, Abdallah has unreservedly encouraged corruption by neglecting the welfare of both the living and late officers. It is a clear indication that he is not interested in fighting the drug war and corruption. The sum of N50,000 only given to families of three officers; Onwumere Nicholas, Peter Ebun and Abdulrahman Musa who were recently shot dead in Kogi State on October 13, 2017, by gunmen has exposed his insensitivity to the plight of officers. This is unbelievable.”

“The drug situation since Abdallah took over is getting worse daily. In addition, the prevalence rate for drug use in the country has become unacceptably high and growing in a geometric proportion. Besides the abuse of cannabis, the use of cough syrups with codeine and other psychotropic substances is taking its toll on the youths.”

“Speaking recently on Channels Television programme Dateline Abuja, Abdallah stated that there is no street in the country where an illegal drug is not being sold. In spite of the acknowledgment, he has failed woefully in addressing the situation. Increasing drug use is manifesting in rising cases of rape, armed robbery, and murder to mention a few.”

“All NDLEA formations have been overwhelmed by counseling demands for persons hooked on drugs. Urgent intervention is needed to save the young generation from the drug epidemic.”

The petitioners further stated that the Special Enforcement Team of NDLEA that used to discover clandestine laboratories and large shipments of drugs in the past had become comatose because Abdallah refused to provide operational funds to the department.

The petition maintained that international partners are no longer interested in sharing intelligence with Nigeria, saying that such vital information was never acted upon by Abdallah.

“Every unit in the agency has suffered unduly from Abdallah’s ineptitude. The reputation of Nigeria is gradually being eroded and only Abdallah can provide answers to these disturbing questions,” the petition added.”

NDLEA Loses 58 Officers In 2yrs, As Staff Calls For Sack Of Abdallah was last modified: January 3rd, 2018 by Daniji Emmanuel