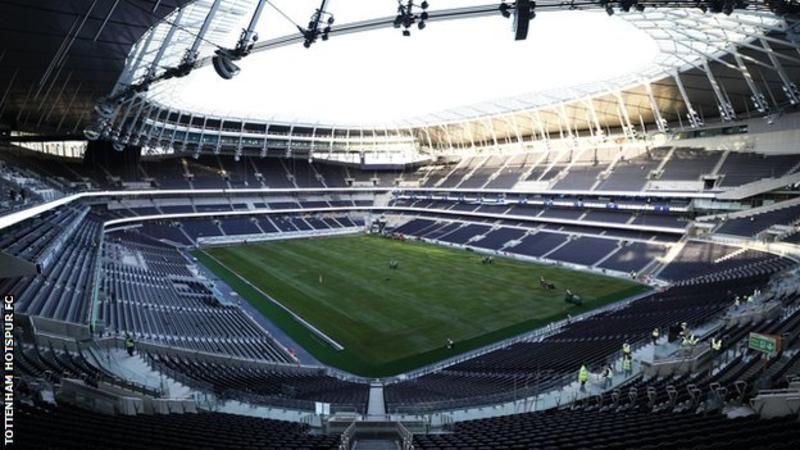 Tottenham’s Premier League match against north London rivals Arsenal on 2 March will take place at Wembley because their new stadium is not ready.

Spurs were originally scheduled to move into the new ground in September but the project has suffered construction and “safety systems” delays.

The club recently said their new stadium would not be ready to host matches until at least March.

“Thank you all for bearing with us,” said Spurs chairman Daniel Levy.

“These next few weeks are pivotal.”

Tottenham’s next scheduled home game after the Arsenal fixture is against Crystal Palace on Sunday, 17 March.

However, that could be changed as it is the weekend of the FA Cup quarter-finals and Palace are still in the competition.

“Remedial works on the safety systems in the new stadium are near completion and we shall then move forward to the final stages of testing the fire detection and alarm system and its integration with the other safety systems,” said a Spurs statement.

“The success of this testing is critical to our ability to obtain a safety certificate and open the stadium.

“We shall provide a further update in due course.”

The new ground, which will also host NFL games, will have a capacity of 62,062 and is located on the site of their old White Hart Lane home.

Tottenham, third in the Premier League, have used Wembley since the beginning of last season after White Hart Lane was demolished at the end of the 2016-17 campaign.

New Tottenham Stadium Will Not Be Ready For London Derby With Arsenal was last modified: February 7th, 2019 by Damilare Salami