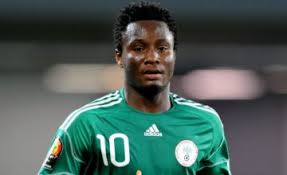 Super Eagles captain John Mikel Obi has been listed as one of the top 10 biggest foreign players in the Chinese Super League. The 2018 league season of the money-spinning Chinese Super League commences this weekend after the winter transfer window ended on Wednesday, February 28. According to a publication of a French Football Magazine on Friday, March 2, the Tianjin Teda star was named among the 10 biggest foreigners alongside his former Chelsea teammates Ramires and Oscar.