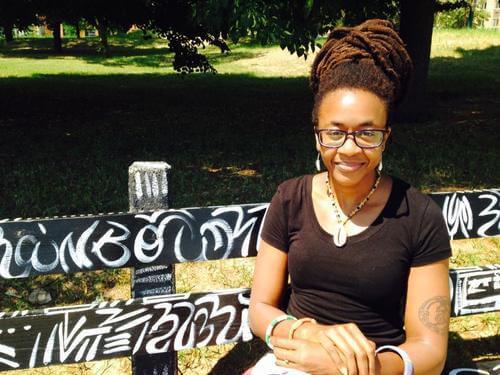 Nigerian American writer, Nnedi Okoraforhas announced that she will be writing a 3-issue storyline of Black Panther for Marvel.

We can exclusively say it is going to be exciting. Now ask, why?

Okorafor, 43, is a World Fantasy-, Hugo-, and Nebula Award-winning novelist!

Okorafor’s first adult novel, Who Fears Death won the 2011 World Fantasy Award for Best Novel – was a 2011 Tiptree Honor Book and was nominated for the 2010 Nebula Award.

Her science fiction novella “Binti” won both the 2016 Nebula Award and 2016 Hugo Award for best novella and, was a finalist for a British Science Fiction Association Award (Best Short) and BooktubeSFF Award (Best Short Work). Oh my! we can go on and on.

Okorafor’s short stories have been published in anthologies and magazines.

Ok, back to Black Panther.

Andre Araujo and Chris O’Halloran will provide the art and colours.

Black Panther: Long Live the King will be a biweekly comiXology exclusive, to be released in December on comiXology and Kindle as part of the comiXology Originals line of exclusive digital content, which is also available to members through the popular comiXology Unlimited.

I’ll be writing a 3-issue (so far) storyline of Black Panther for @Marvel. Here’s the cover of Issue 1. pic.twitter.com/oaLAK7Q0fY

This story will take place in the expansive world of Wakanda that Coates has built up in his ongoing series, and will follow T’Challa as he desperately tries to defend his home from a terrifying new threat.

Black Panther: Long Live the King will hit the digital screens on December 13.