Home Entertainment “No beef, no hate” – Davido says nothing is impossible after settling rift with WizKid
Entertainment 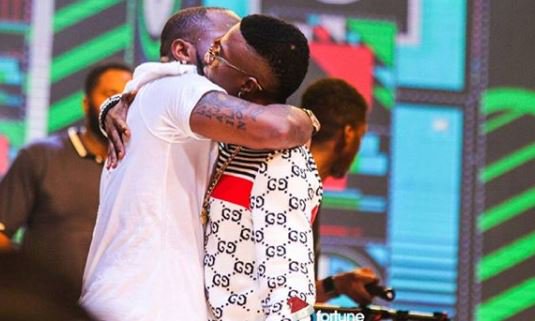 Davido’s 30 Billion Concert may have come and gone but its ripple effects are still being felt on Nigerian social media.

Several days after the concert ended, the hashtag is still the top trending on Nigerian Twitter.

Wizkid’s performance and embrace with Davido, among other memorable moments, has kept conversation around the concert alive.

A video recorded by Davido before the concert is also bound to help keep the 30 Billion Concert trending for much longer.

In the video, Davido harped on settling his rift with Wizkid, saying if it could happen, “anybody can settle”.

“No beef, no hate, just love. I want you to post this after the show. We’ve got Mo’Hits reunion, my boy Wizkid in the building, Kiss Daniel and Duncan Mighty,” he said.

“If me and Wizkid up can settle, anybody can settle. Shout out to Wizkid, that’s my brother.”
Meanwhile, the concert, despite being criticised for being badly organised, broke and set a few records.

According to Davido, over 10,000 people attended the event which held at the EKO Hotel & Suites, Lagos.
The 30 Billion Concert also has the distinction of trending worldwide. According to public relations firm, Media Panache, it is the “first Nigerian concert to trend worldwide”.

It appeared on the US, UK and worldwide trends on Twitter.
TheCable

“No beef, no hate” – Davido says nothing is impossible after settling rift with WizKid was last modified: December 29th, 2017 by Damilare Salami