Home International It Is Now Trendy for Women to Marry Younger Men in France, Did You Know That?
International 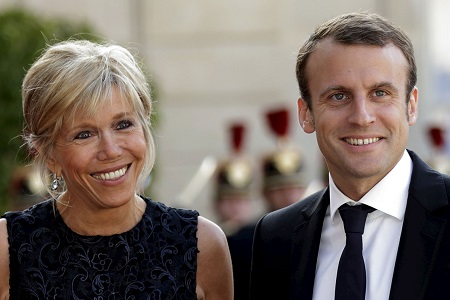 Following the emergence of a French president whose wife is 24 years older than he is, it has been observed that marrying young men has now become a trend among ladies in France.

A new study has confirmed that French women are opting for younger men more and more, Punch reports.

According to the September 2016 study, before now, the typical cohabiting couple in France sees the man as the older of the two, with an average 2.5 years of age difference between them.

The study notes that 56 percent of couples see the man older than the woman, while three in 10 couples are born within a year of each other

However, the statistics are changing when it comes to a woman having a younger “monsieur” according to the study conducted by France’s official statistics bureau, Insee.

It found that 16 percent of relationships had an older woman, compared to just 10 percent back in 1960, with an average age difference of four years.

It is on record that the new French president, 39-year-old Mr Emmanuel Macron, is 24 years younger than his former high school teacher-turned wife, Brigitte, who clocked 64 on April 13, 2017.

It Is Now Trendy for Women to Marry Younger Men in France, Did You Know That? was last modified: May 10th, 2017 by Arinze Ago