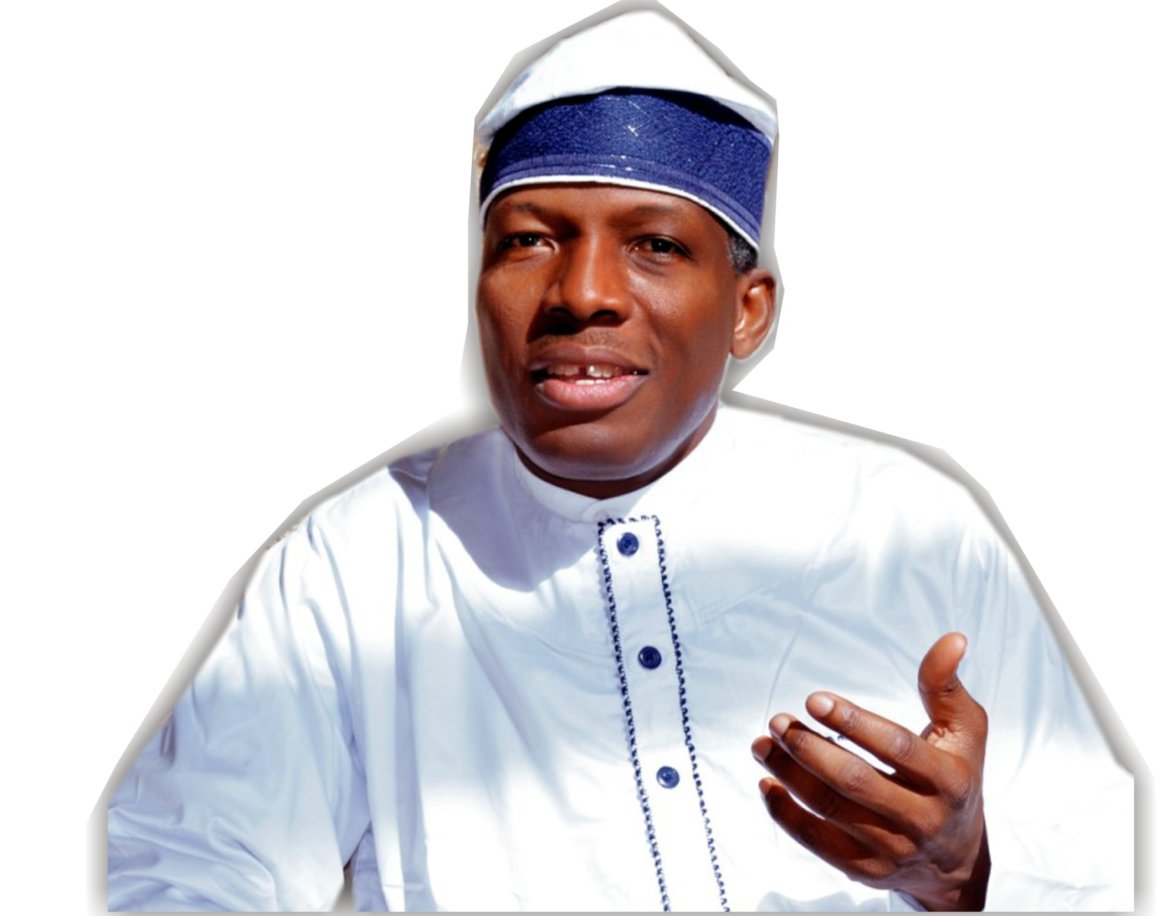 Have you heard of a town called Eti Oni before? It is a sleepy community in Osun State where a lot is happening in the area of reviving Cocoa production. Since His Royal Majesty, Oba Dokun Thompson, the Oloni of Eti Oni came to the throne 10 years ago, he has succeeded in putting Eti-Oni on the world map, through his Cocoa Initiative.

Historically, Eti Oni is a cocoa producing community. That is what the people of that area have been doing for centuries. But with the coming on the throne of Oba Thompson, he has been able to build on the efforts of his forbears, as regards sustaining the Cocoa Business. For those who don’t know lets quickly tell you that Cocoa production started in Eti-Oni in 1896 and last December, the community celebrated 121 years of Cocoa production.

It was towards achieving his dream of making Eti-Oni play big in the Cocoa business, globally that he established Eti-Oni Development Group to champion the course of building the model smart town in Eti-Oni in Osun State, part of the initiatives is the annual Cocoa Festival. The 1st Nigeria Cocoa Awards was also held last December 2017. So many international bodies have commended Kabiyeesi’s Cocoa initiatives.

Every year, Oba Thompson hosts an annual Cocoa Festival. The programme is in its 4th edition. The last festival came up between 26 November and 3rd December with the theme Royal Origins And Traditions Of Cocoa For Sustainability. It was held at Gureje Square, Eti-Oni, in Osun State.

According to Oba Thompson, Eti-Oni is home to Nigeria’s oldest Cocoa plantation and the birthplace of Cocoa in Southwest Nigeria. “The Cocoa crop was introduced into Eti-Oni in 1896 by Gureje-Thompson and it was from here that Cocoa spread to neighbouring towns and other parts of the region where it later became the economic mainstay of Western Nigeria.

The week-long celebration was packed with carefully well thought out events and activities to capture the full essence and to achieve the primary goals and objectives of the organizers offering opportunities in developing the tertiary sector of the agricultural business particularly the tourism aspect as a by-product and value add which is key to the nation’s need for diversification of her economy.

He explained that the Cocoa Festival is an initiative of the Eti-Oni Development Group with an objective to create a renaissance in the Cocoa industry and build bridges between production and consumption to achieve sustainability and through it, transform the rural community of Eti-Oni into a sustainable model smart town in line with the United Nations Sustainable Development Goals (UN 2030 SDGs).

The 3rd edition in 2016 which was the first time the festival was opened to the public and the rest of the world celebrated 120 years of continued Cocoa production and marked the beginning of the ‘internationalisation’ of Eti-Oni. It saw in attendance agriculturalists (new and established), agro-tourists as well as local and international travel enthusiasts came and participated in the rich cultural heritage of Eti-Oni showcased through music, dance drama and poetry amongst other events through the week.

Then came the Cocoa Festival of 2017 themed: ‘The Royal Origins And Traditions Of Cocoa For Sustainabillty’. This was geared to be even bigger and better than the previous years and the organisers have judiciously structured this edition to reflect the potential and proud heritage of one of Nigeria’s most culturally aware townships with the festival endorsed by the United Nations World Tourism Organization (UNWTO) for International Year of Sustainable Tourism for Development 2017.

The events and activities of Cocoa Festival offer agric-businesses and agric-entrepreneurs to fully benefit from the marketplace, education and training, leisure, history and fun that is created to be enjoyed by all in a safe and secure environment.

There was the Health Care Campaign, Cocoa and Produce Fair, complimented by a wide range of taste of African spices and traditional dishes, the Nigerian Cocoa Awards and The Cocoa Conference by key stakeholders, a Chocolate Making Workshop as well as a field trip into the rain forest to have a direct feel of the Cocoa plantation.

“The 2017 Cocoa Festival began on Sunday 26 November 2017 in our usual tradition with the Harvest Service at All Saints Anglican Church, Eti-Oni after which deserving sons and daughters of Eti-Oni were honoured and installed with titles in our own unique and colourful style,” revealed Oba Thompson.

Monday 27 November saw the Farmers Business School where farmers were taught about the basics of entrepreneurship, book keeping, the ethics of successful businesses with good understanding of available micro credits and how to be prudent. It was done in a fun and informal environment.

Tuesday 28 November was the turn of the Farmers Field School. This is the practical aspect on the farm with the farmers taught and shown through real life experiences. These two days of training were brought to us through collaborative efforts led by the team of the Office of Economic Development and Partnerships, Ministry of Agriculture and the Produce Board of the State of Osun. The training sessions are free to farmers across the state or from anywhere”.

Wednesday 29 November was dedicated to the family. While the children were having their Arts and Craft Day with the teaching of the benefits of Agriculture and a better understanding of cocoa beyond their knowledge, there was the Health Care Campaign.

The Health Care Campaign included Train the Trainer for better health delivery service in rural communities with special focus on Mother, Child Birth and Children as well as carrying out of general education on personal health needs and free basic health checks for the farmers and their families.

Thursday 30 November witnessed The Trade Fair which is about Cocoa and any Produce for manufacturers and producers to show case their products and take advantage of the opportunity to expanding their market share by reaching out to new clients or customers. During the 2017 Fair, Eti-Oni Development Group also shared a glimpse into the plans of the Model Smart Town.

While the Trade fair was going on, there was a Chocolate Making Workshop for the benefit of those who want to start a new business in adding value to Cocoa. Participants were taught the entire spectrum from Cocoa selection all the way to turning their cocoa into chocolate bars. This was done through live demonstrations that gave participants hands on experience on the different equipments used for the different stages of the entire process. Friday the 1st of December, 2017 was the Cocoa Conference where stake holders came together to speak on and discuss areas that will improve our production capacity to achieve sustainability. The conference focus was on:  Understanding the strategic role of women in Cocoa from a Production perspective, Producing Cocoa, Protecting the Environment and Preserving the Livelihood, the role of key stakeholders along the value chain of cocoa from production to consumption, funding Cocoa projects, challenges and way forward.

Oba Thompson told City People last week that many people still don’t understand what “we are doing at Eti-Oni. All I have been trying to do is to promote Cocoa. Many don’t believe its possible for us to return Cocoa back to its pride of place in the South West and to No 1 position. Many don’t understand how to define the Cocoa industry. That is why we host the annual Cocoa Festival. This cocoa initiative has kept me busy. For this year 2018 we have a lot of activities lined up. We are going to be engaged all year round from February when we would be going to Amsterdam and at the end of April we would be going to Sicily. In mid May, we would be off to South America to attend another event all relating to Cocoa. The events and activities which span all over the year are all to promote and boost our activities locally. We would soon be holding a fund raising dinner towards the projects we are planning for Eti Oni.”

“We are planning to build a Primary Health Centre, all to be able to provide global standard service. We are also working on Eti-Oni Smat Centre. In our construction we don’t use the regular building system of cement and block. We use what we can find in our environment”.

One of the main objectives the Eti-Oni Development Group is to create a green and sustainable holiday resort community that would offer curative and palliative solutions for the spiritually minded, specialised skills development, education, as well as fun seekers in search of a gateway. There is a 20 year development plan projecting for 20,000 – 30,000 people but it goes beyond that because of the other villages around Eti-Oni.

Meet EKITI South Politicians Who Want To Be Next Governor

FESTUS KEYAMO AND HIS ERRATIC VITUPERATION By...