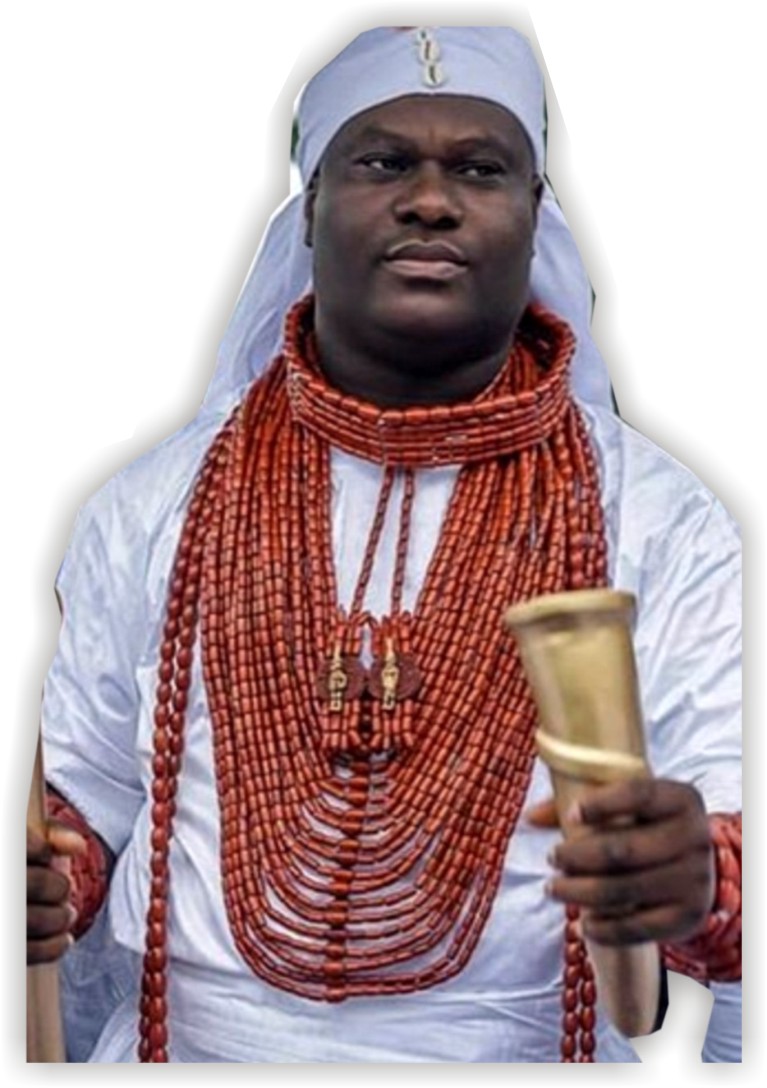 •What To Expect This Week, At This Year’s Event

The Olojo Festival is an ancient festival celebrated annually in Ife, It is one of the popular festivals in Yorubaland. It was once described by Oba Adeyeye Enitan Ogunwusi as a festival that celebrates the Black Race all over the world. The Yoruba word ‘Olojo’ means ‘The Day Of The First Dawn’. It describes the grateful heart of man towards God’s creation and the existence of humans.  The Olojo Festival is also a cultural festival in the calendar of the people of Ile-Ife, Osun State. It is the celebration of the remembrance of “Ogun”, god of Iron, who is believed to be the first son of Oduduwa, the progenitor of the Yoruba people. Olojo Festival commemorates the descent of Oduduwa to Ile-Ife and it is historically tied to Ogun, the quintessential deity of Iron and truth, who is the father of modern science, the Yoruba Deity of Iron is the pathfinder.

Part of the excitement of the Olojo festival is when the Ooni appears after 7 days of seclusion and denial, communing with the ancestors and praying for his people. This is to make him pure and ensure the efficacy of his prayers. Before the Ooni emerges, women from his maternal and paternal families will sweep the Palace, symbolically ridding the Palace of evil.

The Ooni later appears in public with the Are Crown (King’s Crown), which is believed to be the original crown used by Oduduwa to lead a procession of traditional Chiefs and Priests to perform at the Shrine of Ogun. The next stage of the ceremony is to lead the crowd to Okemogun’s Shrine. Here, he performs duties, including the renewal of oath, divination for the Ooni at the foot of Oketage Hill by Araba (Chief Priest), as well as visiting places of historical importance.

At the shrine, the traditional Chiefs, with the swords of office marked with chalk and cam wood, appear in ceremonial attire and dance to rhythms from Bembe, a traditional drum. The style of drum and singing for each Chief is different. Only the Ooni can dance to the drum called Osirigi.

Olojo has remained popular in Ile-Ife because of its myth and history. It connotes the day in the year specially blessed by Olodumare (the creator of the Universe). Olojo can also be literally translated as the “Owner for the day”. Prayers are offered for peace and tranquility in Yorubaland and Nigeria. All age groups participate. Its significance is the unification of the Yorubas. Tradition holds that Ile-Ife is the cradle of the Yorubas, the city of survivors, the spiritual seat of the Yorubas, and land of the ancients.

Historically, Ile-Ife is the cradle of human existence. History, science with empirical knowledge, Biblical and Koranic facts on creation, which dates back to several centuries ago, ascribed the ancient town, Ile-Ife, with its symbol of authority as the SOURCE OF MANKIND. The only spot on earth where the day of the creation, THE OLOJO FESTIVAL is commemorated.

AUTHORITY is the major attribute of Almighty God’s favourably endowed “Land of expansion-ile to n fe”. OLOJO FESTIVAL is a celebration of the first dawn, the first afternoon, and the first night in creation:

The Holy Bible, in the book of Genesis 1 verses 1-5 says, “In the beginning, God created the heaven and the earth. And the earth was without form and void, and darkness was upon the face of the deep. And the Spirit of God moved upon the face of the waters. And God said, ‘Let there be light: and there was light’. And God saw the light, that it was good: and God divided the light from the darkness. And God called the light Day, and the darkness he called Night. And the evening and the morning were the first day”.

All these assertions are what God-Olodumare deposited in the land of expansion, Ile-lfe, as our divine heritage. THE DAY – Ojo -ti -ojo -di ojo.

Olojo Festival commemorates the descent of Oduduwa to Ile- Ife and it is historically tied to Ogun, the quintessential Deity of Iron and truth, who is the father of modern science. The Yoruba Deity of Iron is the pathfinder. The Yoruba cosmology informs that Ogun charted the way to Earth for Oduduwa, (the progenitor of the Yorubas), and other Deities. The Festival is therefore meant to commemorate the period Oduduwa and other spiritual Deities descended on the earth.

We witness today and forever in Ile-Ife, landmarks predating the existence of mankind; signalling the establishment of mankind on earth, through the source-Ile-Ife, the land of expansion. ILE-IFE bears the mark of existence during the coming to the earth in spirit form for the very first time. IFE OYE!

To flag off this colourful and fun-filled cultural celebration tagged Olojo Festival which has a two-week (including seven sacred days) programme of events scheduled for September is the IDIJO (determination of sacred dates) which is done during the first week of August, (Osu Ogun) – the month of the pathfinder Deity. This is followed by Gbajure (signalling the commencement of Olojo Festival), a week before the actual date of Olojo fiesta. Two days after, the Oonirisa goes into seclusion (physical and spiritual communion with his ancestors, the esoteric beings and Almighty God) for five (5) sacred days during which he does not interact with mortals. The Oonirisa comes out of spiritual solitude on a Friday, OJO ILAGUN, a day of earth cleansing with Oonirisa’s terrestrial message to the world. The earthly symbolic conviviality is usually on Saturday, the Ojo Okemogun, which is the day that the Oonirisa adorns the AARE -The sacred beaded crown.

The AARE is an ornamentally embellished sacred and symbolic crown which the Oonirisa wears once in a year during the Olojo Festival’s cultural procession. The sacredness and authority of this beaded crown can be traced to the first king that ruled the whole world. He is called NIMROD  by the Hebrews, Lamurudu by the Yorubas or ARAMPHAEL – as called by Arabs. He ruled the whole world ruthlessly with the exhibition of the power of the Sun and Fire and without recourse and respect for Olodumare, the Almighty God. Consequent upon Nimrod’s confrontational attitude to the Almighty, God raised Oduduwa – the Deity of prayers (ti oba inaja, o da ina, o ba oorunja, o da orun) who fought fire and conquered fire, fought sun and conquered sun. Oduduwa is called Dua by Arabs, Adura by Yorubas, and Adua by most ancient tribes of the world. He neutralized, subdued, conquered, and totally eliminated Aramphael.

“Oduduwa’s mandate is to establish structures and make the world a better place for mankind. Thus, during his second coming through a chain, unlike his first coming as a spirit being in charge of prayers in the presence of Olodumare -”Olu odu to moAde Are”, Oodua became the first beaded crown-wearing King in the world – The Are Crown. Oduduwa hereafter, established the royal ruling system of governance in the world, whilst the beaded crown became an inheritance of Oonirisa in Ile-Ife. This is Oyelagbo.

Olojo’s ceremonial cultural Grand Finale is on the next day, Sunday. This is a day for general celebration during which Obas, High Chiefs, Priests, various Family Compounds, Youths, Women, and various Groups in the town rejoice and pay homage to the Oonirisa, with traditional dances and cultural pageant displays, exchange of gifts and receipts of Royal Awards to the admiration of the populace, and most especially international tourists. On Sunday, 26th September, His Imperial Majesty, Oba Adeyeye Enitan Babatunde Ogunwusi, Ojaja II, the Oonirisa of Ile-Ife, will be celebrating yet another Olojo Festival since his ascension to the throne of his forebears. He is, herewith, inviting the entire human race to the bowels of Ile-Ife, “ibi ti oju mo tin mo wa”, to celebrate the day of creation. The Olofin Adimula has carried the flag of Ile-Ife and the Yoruba race to distant shores as the world’s Ambassador of peace and unity. The Oonirisa has conceptualised a community, national and international standard fiesta that projects Ile-Ife’s cultural heritage as a world tourism hub, using the Community Public Private Partnership (CPPP) strategy.

To attract more and better participation, the Oonirisa has already had unity visits to the various Obas of South-West Nigeria, coupled with his international visits to propagate the essence of African Culture, especially to international tourists. The Olojo Festival promises to be a turning point in promoting African Culture and business initiatives through Nigeria’s domestic tourism, as well as further showcasing the image of the Yoruba race as peace-loving  people.

I joined armed robbery to save my...