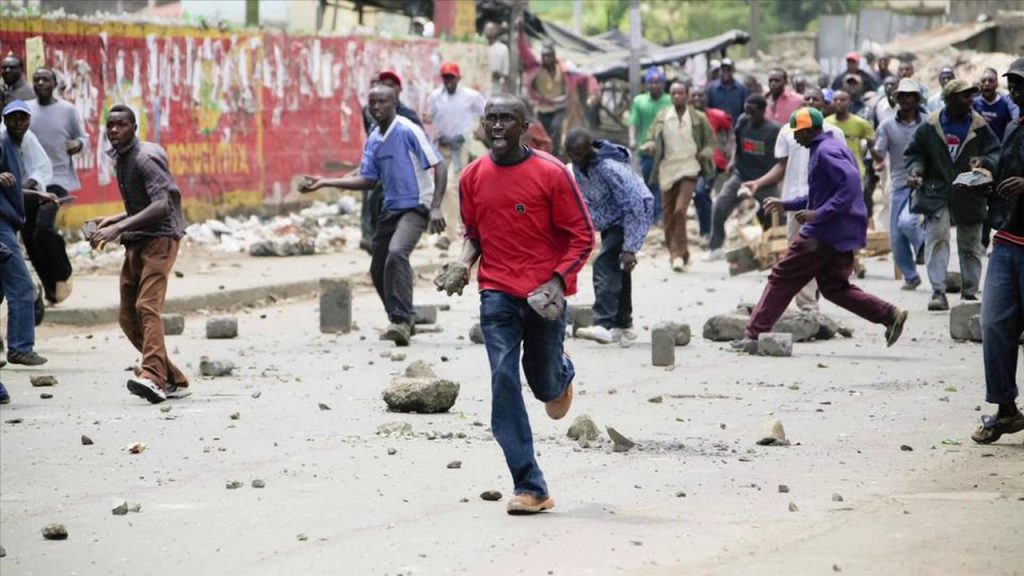 There was commotion at Unit 17, Ward 5 in Osogbo where a rerun election is taking place.

Everything was calm until about 11.50am when gunshots rang out.

The sounds came from behind a building near the polling unit.

But a policeman said the gunshots came from across the road.

As more shots rang out, voters on queue, electoral observers and journalists scampered for safety.

The Police shot into the air in response and everyone around took cover under roofs and behind buildings.

The Police said they were on the alert and that the shots may have been fired by thugs trying to gain access to the unit.

The electoral officers have resumed the polling process and voters have returned to the queues.

Voting is still ongoing and the early morning downpour has been replaced with mild sunshine.

He said he was informed that the Police are in hot pursuit of the hoodlums who may have fired the shots.

No one sustained injuries although there is an uneasy calm in the unit.