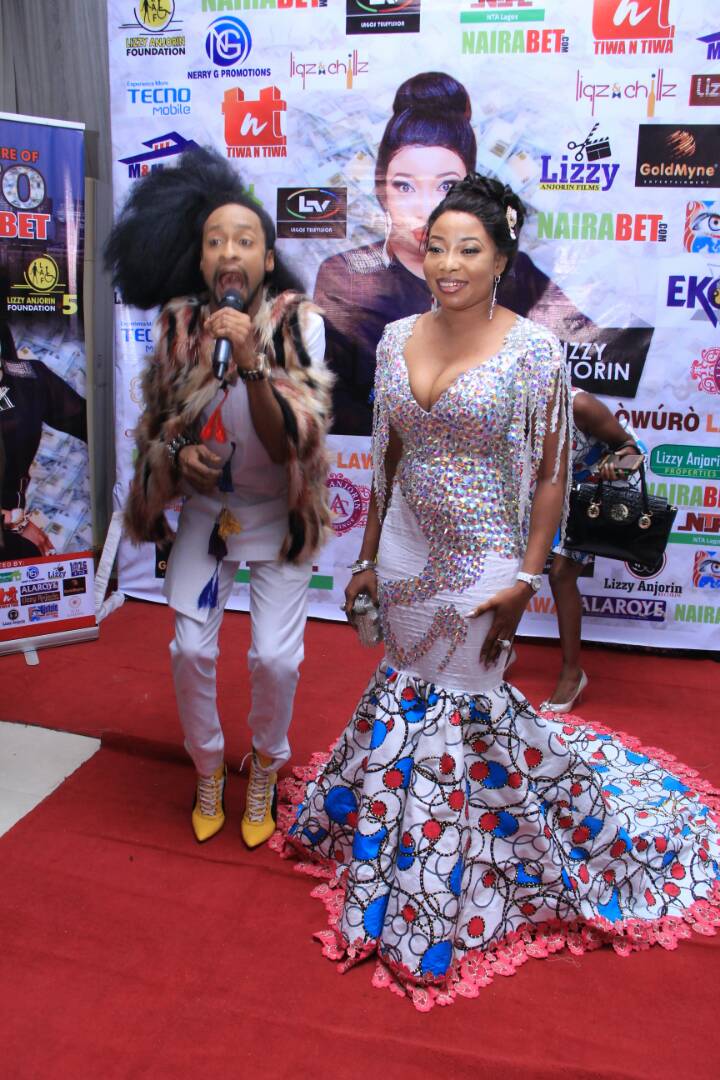 The Lagos high society stood still in honour of sultry nollywood actress Lizzy Anjorin at the premiere of her new movie OWO NAIRABET.

The event which took place at Ruby’s event centre Lekki was witnessed by dignitaries from all works of life and popular musicians.

The celebrant Lizzy Anjorin was the cynosure of all eyes when she stepped into the hall looking ravishing in an elegantly and extravagantly embroidered flow dress with the face beat at a hundred percent.

While speaking with YorubaMoviegist.com, the fair skinned thespian said the movie “owo nairabet” is about the need for people to take chances and make efforts in other for them to achieve their aims in life.

Present at the star studded event were the Alaafin of Oyo Oba Lamidi Adeyemi who came in company of two beautiful olori’s, the wife of the Minister of Power, Works and Housing Mrs Emmanuella Fashola and his mother Madam Fashola, the Oganla of Fuji music Alabi Pasuma was live on the bandstand including Celebrated Gospel artiste Lanre Teriba, lewd music maestro St. Janet also performed while the official musician for the occasion was Chief Sunny Ade.
Its also important to note the heavy presence of Iyalojas of several markets in Lagos all of whom were representing the Iyaloja-general of Lagos state, the political class was also well represented at the grand occasion.