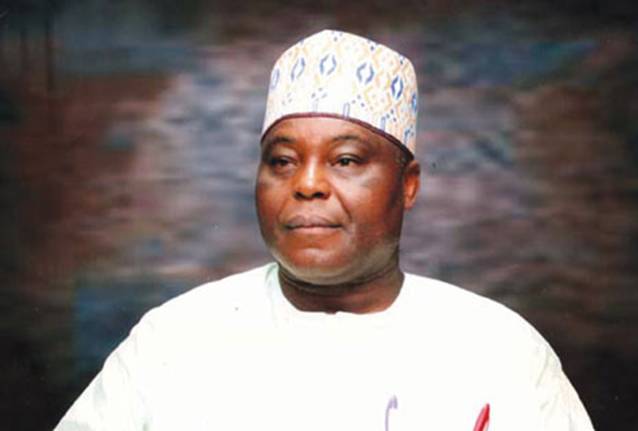 A national chairmanship aspirant of the Peoples Democratic Party (PDP) in the just concluded national convention, High Chief Raymond Dokpesi, has reaffirmed his commitment and loyalty to the party.

Dokpesi said he had publicly undertaken not to dump the party, irrespective of the outcome of the convention, adding that he would team up with other well-meaning Nigerians to wrest power from the ruling All Progressives Congress (APC) in 2019.

Dokpesi spoke in Abuja Wednesday, when he received members of the reconciliation committee of the party led by the Governor of Bayelsa State, Hon. Henry Seriake Dickson.

The Chairman of DAAR Communications praised the leadership qualities of Governor Dickson and his efforts at reconciling party leaders and members.

He said the visit was timely and assured the committee of his willingness to continuously support the PDP.

He said “there are quite a number of things that were said before the convention. I believe that Nigerians will recall that I publicly said the convention was not a matter of life and death.

“That I did say that I was conscious of the fact that power comes only from God, and whoever emerges, I will give my unconditional support, to ensure that this party is able to fulfill its mission.

“I had defining moments where I would have on that Saturday made one or two statements that would have totally damaged the convention. But that is not my mission. My mission is to ensure that this present APC Government is removed from office.

“So whatever were the shortcomings, I had already agreed and i signed documents twice that I would unconditionally support whoever comes out of it.

“So here I am, I am willing, ready, prepared to allow the PDP have its breath. I pray for the PDP, I pray that we get it right. Be assured I will continue to give the PDP all the support that I need to give the party.”

Earlier in his address, the Bayelsa state governor and chairman of the Reconciliation team, Hon. Dickson, advised leaders and members of the PDP to rededicate themselves to the party to regain the presidency in 2019.

Though he noted that the past was critical to the future of the PDP, the Countryman Governor urged leaders and members to put the convention behind them and look into the future with hope because according to him, “PDP will rise again”!

Dickson commended Dokpesi for his maturity and love for the party, stressing that the latter demonstrated this by accepting the outcome of the convention as well as restraining his supporters from uttering unguarded statements.

The governor said, “now the convention has come and gone, the way it did. As party leaders, we know that even though it was a family contest, there was need to reach out to leaders who have played key roles in the party, and whose contributions moving forward would continue to be significant.

“We thought we should interact with you, to share ideas with you, to discuss some of the concerns and issues that have arisen after the convention.

“Primarily, it is not with a view to looking back as much as we would like all of us to focus on the future to see how we can get to our desired destination.

“The purpose of this engagement is not so much with a view to looking at the past than the future. We know the past is important to guide the future. But the purpose, the aim of this interaction is how we can move forward.”

How We Were Told Oba Enitan OGUNWUSI...