Home News Quantum Computers: The Double-Edged Sword of the Next Frontier
News 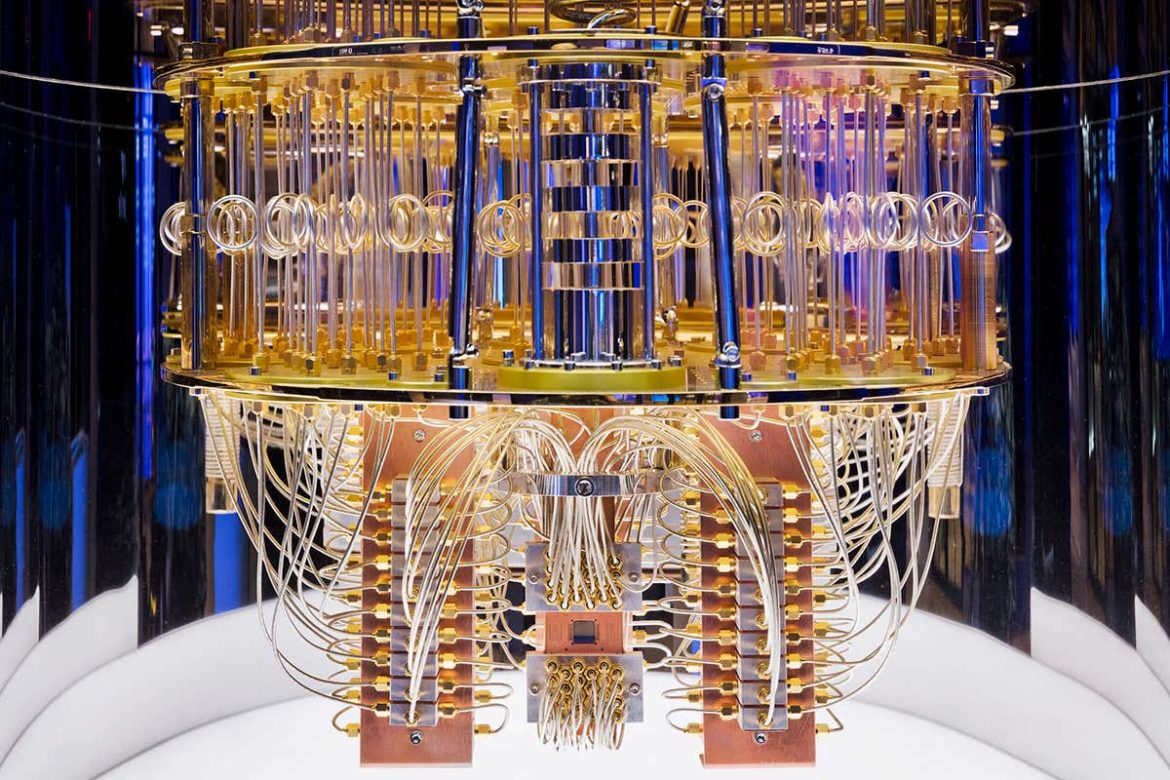 When mankind made one giant leap onto the surface of the moon in 1969, Apollo 11 which ferried man and his brothers to our only natural satellite was powered by a computer that had only 72 Kb of ROM and 32,768 bits of RAM. In comparison, our mobile phones today are in order of magnitude, several million times more powerful than the processing powers of the so-called Apollo Guidance Computer.

The data storage of the technologically vaunted IBM 305 RAMAC was just 5 Mb. Yet, it weighed about 1000 kilograms. The RAMAC was the king of the 60s and 70s. Today, ordinary calculators in the backpack of secondary school students are millions of times more powerful than RAMAC 305 which needed a lot of manpower to log around for its only 5 Mb storage capacity.
Such has been the phenomenal advancement in the world of computing for just shy of 50 years.

Today, computers can perform tasks which were only imagined in science fiction movies not too long ago. We talk about Internet of Things and the resultant smart cities and smart devices. We have experienced phenomenal advancement in telecommunications, occasioned by this computing powers.

Hence, you will be forgiven, if you begin to assume that man has reached the pinnacle of his existence. After all, what else is left to achieve as far as computing power is consigned? What else can computers not do? Mount Everest has already been conquered many times over. But like the Americans are wont to say, “you ain’t seen nothing yet”.

Enter the world of quantum computers.

There have been a lot of excitement around the corners of technological places in the last few years about the prospect of quantum computers. And it is no longer just a pipe dream, hypothesis, prototypes or concept. Quantum Computers are becoming a reality. And mass production is not very far off into the future.
The Powers of quantum computers are simply unimaginable. They will be every conspiracy theorist’s nightmare about some coming apocalypse. But it is man’s next frontier in technological advancement. It will be another giant leap by mankind.

Quantum computers defy common natural logic. In all of science, quantum physics is one branch that has never been fully understood. Therefore, as man pieces the jigsaw puzzle of quantum mechanics together, every single day, the full potentials of this branch of science continue to take hold. Quantum computing is akin to technological magic. Indeed, one of the three laws of the renowned science fiction writer, Arthur C. Clarke sates that “any sufficiently advanced technology is indistinguishable from magic”

Quantum Computers derive its powers from the particulate nature of matter or atoms which can exist in different states. It is this different states that enable this computer system to perform extraordinary tasks. It is no conventional technology by any stretch and can be more than 100 million times more powerful than the computers we have today.

Yet, quantum computers operate with little consumption of electrical power. What about not having to plug your system into a power outlet for months on end? These computer can reduce power consumption to as much as hundreds of time.
Quantum Computers perform in a second, tasks it would take the computers we have today, billions years to get a hang of. These computers will work wonders and it is set to change the world in ways that could only be imagined.

This change could indeed mean different things to different segments of the human race. While the consensus is that the positive potentials are endless, others fear that it opens the doors to a gargantuan breach in data security. Some very religious people think it will usher in the end times.

Currently, the reason data is so secured on the superhighway is because it could take a conventional computer about a billion of years to break the cryptographic system of Advanced Encryption System (AES) 128 bits by brute force. Hence, AES 128 bit secured data is practically unbreakable, unless you are ready to sit behind the desk for billions of years. Alas! Quantum computers can crack it immediately in less than a second. That is the phenomenon we are about to witness in our own time.

While we wait for quantum computers to create and integrate its own unbreakable data encryption into our systems, what might happen during the interregnum? Sometime during this period, a rogue tech expert or a cyber-criminal might just have a field day. And it could just raise some hell.

As a result of the components and particulate nature of this system, Quantum computers will require 272 degrees centigrade to store as they are made of quantum bits and qubits. Hence, they may originally be available only to organizations that have the resources for this kind of cooling.

Only time will tell how everything pans out. It always does

Quantum Computers: The Double-Edged Sword of the Next Frontier was last modified: July 27th, 2021 by Kelechi Okorie