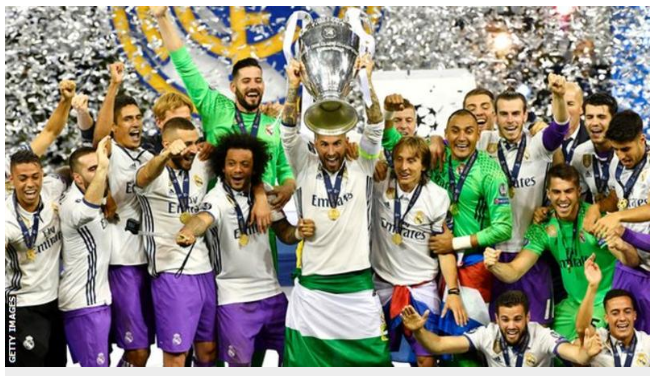 RIVERS State Government and Real Madrid Football Club have signed a ratification agreement for the development of the state government’s Real Madrid Academy, Port Harcourt, into an international football academy.

The agreement signing took place yesterday at the Presidency Reception Centre of the Santiago Bernabeu Stadium, which is the home of Real Madrid Football Club in Madrid, Spain.

The state government unveiled the ultramodern football academy barely one month ago, on 21 September, in its bid to empower youths through football as well as to groom local talents to meet world standard.

The governor, in an address during the signing, said that Rivers State is preparing the Real Madrid Academy Port Harcourt as a veritable pathway for the empowerment of Rivers children.

He said: “We are preparing the Real Madrid Academy as a veritable pathway for our young stars to be international football talents and for them to realise their dreams.

“We will offer them exposure, nurturing opportunities and mentorship by world renowned professionals at the Real Madrid Academy.”

“Taking the interest of our youths, the Real Madrid Academy is designed for culture and holistic programmes with a comprehensive package for the acquisition of high level knowledge in a comfortable and inspiring environment,” the governor said.

Executive Vice President of Real Madrid Football Club Foundation, Enrique Sanchez, who led other officials of the very successful and multiple award-winning European football giant for the ceremony, commended the Rivers State government for its commitment to using football as a tool to empower youths.