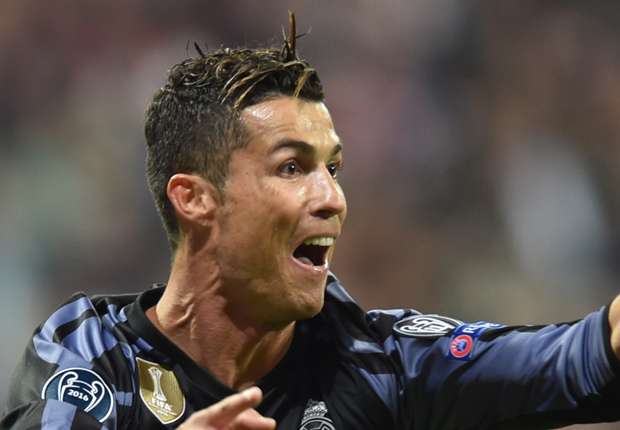 When Cristiano Ronaldo opened the scoring in Sunday’s La Liga clash between Real Madrid and Malaga, the Portuguese star not only pushed his team closer to a domestic title, but he hit a pair of personal milestones in the process.
The goal, scored in the second minute, allowed the 32-year-old to match rival Lionel Messi’s phenomal yearly output over nearly a decade.
That the record came against Malaga should not be too surprising, as Ronaldo has scored for fun against them over the years. In fact, he is averaging a goal per game in matches against Malaga.
Given Ronaldo’s scoring record against them, Carlos Kameni and Malaga will be glad not to have to face Ronaldo again until next season!

Real Madrid were better than us, Barca’s midfielder confesses