Roseline Meurer Opens Up On Why She Came To Nigeria 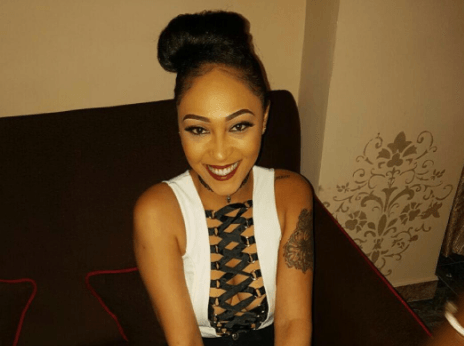 Nollywood actress ROSALINE MEURER made the news recently after she was accused of snatching Tonto Dikeh’s man, Kunle Churchill, the news she has since debunked. Her place in the marriage saga got people googling about her and where she is from and how she was able to penetrate the movie scenes fast. In a recent interview with City People Magazine, Roselyn made a shocking revelation about her country of Origin. It may shock most of you that the beautiful actress is not a Nigerian. She hinted City People on her place of origin while discussing what brought her to the country. Read Excerpt: 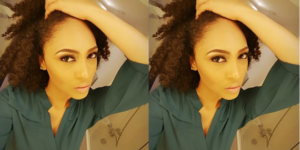 You know how you grow up and you grow up with Nollywood movies. You can identify and you love some of the actors and actresses you see. Nigeria has everything I had always wanted. I am not saying you can’t stay in Gambia and fulfil your dreams but I do know that Nigeria is the Zenith or if you like the capital of Entertainment in Africa. I just said go over there, flow with your dreams and I came over to Nollywood. I parked my bags and came over I came dream searching.

When I got here I met a lot of good people and I was happy that my dream had come through. Everything seamed really nice. But there were loads of challenges because of my accent, which didn’t fit in, Nigeria wise. But the journey was fun because I have always wanted to be like them anyway. I came here, I did that movie. I did another one for Emem as well. But then I had to go back to Gambia. I was way younger and I always got Secretarial roles I was always playing the role of Secretary. I was 16, 17  then. After that, I went back to Gambia to school. My mother is from Nigeria. She is from Delta. I came back to Nigeria on holidays and Zig Zulu Okafor, a very well known Producer called my little sister and wanted to cast her for a lead role in a popular TV series. She was very young. He made her read the script. Randomly he just said do you have an older sister that looks like you. She said yes. And she even acts. Let me give you her number. And he called me. I was very excited. I went for the meeting with him. To my surprise, I read the script infront of a whole lot of other people. I was very shy. But I wanted it so badly. So I did it. I was picked to play the Lead role. I had trainings, so, from no where I just got that opportunity. I was very happy. After that TV series that we did we had Season I and Season 2 they showed it on AIT and African Magic. Its called OASIS, sponsored by City of David Church. It was premiered at the church. We were invited.

I think they see something different in me. I am obviously here to give you guys some thing different, not the normal thing. So, I have worked with Eniola Badmus, I played Lead in her movie KAMA. It was totally different from everything I have done in Nollywood. I have done quite a number of movies. I have done about 16 to 20 movies. Its very difficult because everybody gives me that fine girl role. But she gave me a razz, pidgin-speaking, girl and I just had to blend into that character. I had to speak pidgin by force. It was a nice experience. That movie was BAAD. She gave me the opportunity to play The Lead. She made it happen. I am here to do more. I have a lot of stuff coming. I am coming on to your screen large and bright.

Roseline Meurer Opens Up On Why She Came To Nigeria was last modified: February 24th, 2017 by Seye Kehinde