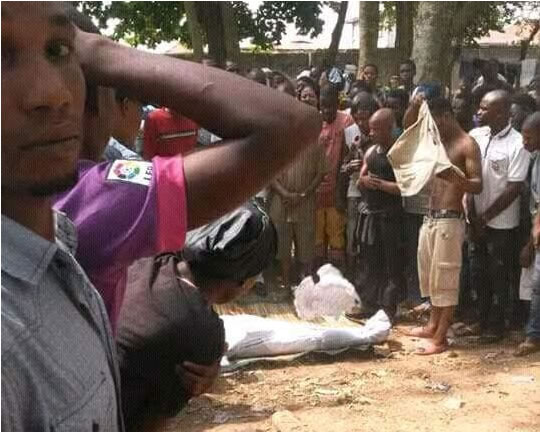 Some gun wielding cultists last week on Saturday claimed the life of a South Africa based youth, Bode Ibidun, who returned to the town recently in preparation for his wedding on January 7, 2017, Punch reports.

Punch gathered that the deceased was killed by members of a cult group known as ‘Arise Boys’ which is based in Igbona area because one of the members was dating the lady, who the deceased was planning to marry.

Ibidun, it was learnt, was killed inside the Toyota Camry which he newly bought. He was said to be driving along  Sadiat area on Saturday when he was stopped by three members of the cult group who were riding on a motor cycle.

Various sources told Punch correspondent that although, Ibidun was killed by the cultists, he was not a cultist himself but had friends among another cult group known as ‘Onile,’

A source close to Ibidun family said the  deceased was buried on Sunday at a cemetery in Osogbo.

It was also learnt that while the burial rights were being conducted, members of the cult group that killed him stormed his mother’s house and wanted to set it ablaze.

But the prompt intervention of the police was said to have prevented the hoodlums from carrying out the act.

One of the sources said,

“This crisis is a cult war. But Bode, who was killed on Saturday was not a member of any cult group. He just came back from South Africa and his wedding is slated to hold on January 7.

He was killed by a single bullet. They shot him at a close range when they accosted him. He was sitting at the back of his car behind the driver, but he was the only one killed by the group.”

A resident of Oke Bale area, who identified himself as Tajudeen said the cult war could be traced to the ‘State Boys’ who are the creation of some politician before the 2014 election election in the state