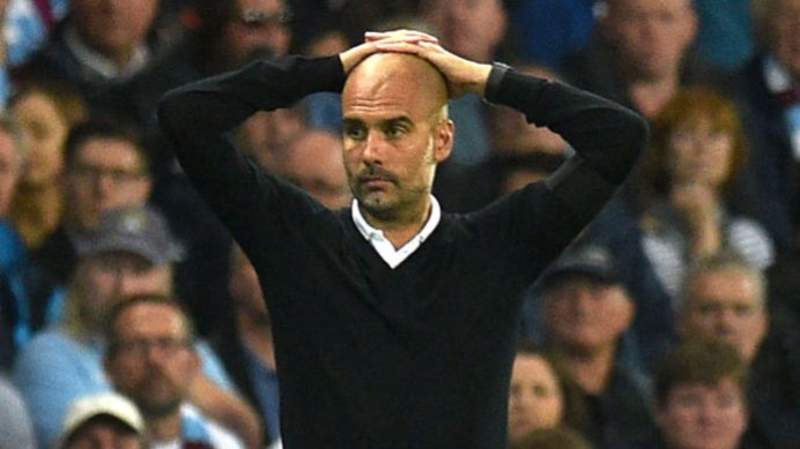 Manchester  City manager, Pep Guardiola has been very economical with words on his intention to make new signings for the blues after his side dropped two points in their first two opening games of the season.

“We dropped two points but in general we made good things. I am happy with the performances so far this season.

“Bournemouth are a team who want to play. The manager is so good in those terms. They start with two defeats but sometimes that can happen”.

So what of their chances in the Champions League… Just a reminder, they have Shakhtar Donetsk, Napoli and Feyenoord.

“In UCL you expect the first and second pot to be strong but I think Napoli are one of the three best teams in Europe right now.”

“Benjamin Mendy is travelling with us. I don’t know if he will play. Kyle Walker cannot play. Ilkay Gundogan will play with the second team”.

“Sanchez is an Arsenal player, like Mbappe is Monaco and Jonny Evans is West Brom. You have to ask Alexis. ”

So that settled that – sort of.