Sanusi the Radical, Sanusi the Emir, By Prof. Jibrin Ibrahim 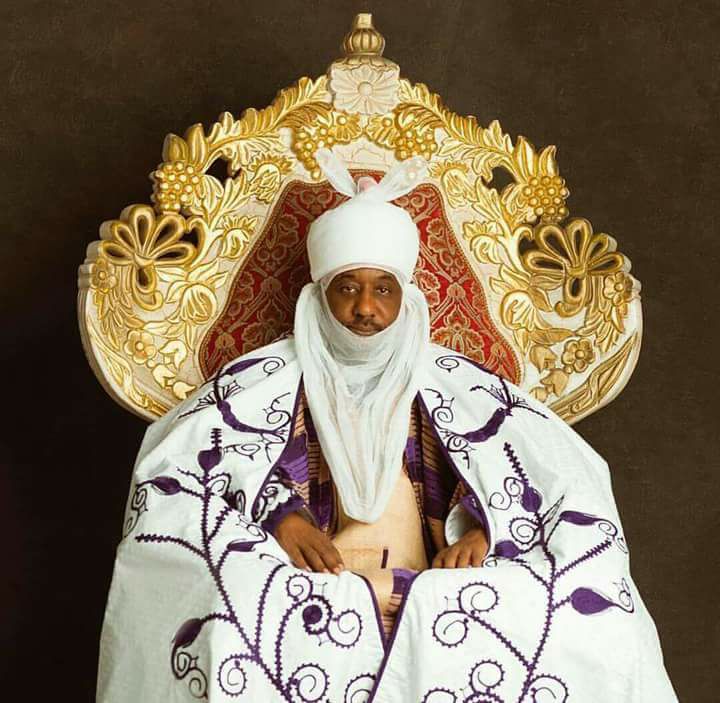 My column of 16th June 2014 was entitled “Sanusi II and the Prospects of Radical Emirship”. I started the article with an apology to my teacher and mentor, Professor A. D. Yahaya who taught me that the idea of radicalism and emirship were completely antithetical. The Northern Aristocracy, he taught us, were incorporated into the British system of Native Administration to oppress the people as has been so well expressed in Northern Elements Progressive Union (NEPU’s) Sawaba Declaration published in Kano in August 1958 parts of which reads as follows:

“That the shocking state of social order as at present existing in Northern Nigeria, which is due to nothing but the family compact rule of the so-called Native Administration; That owing to the unscrupulous and vicious system of administration by the family compact rulers, which has been established and fully supported by the British imperialist government, there is today in our society an antagonism of interest, manifesting itself as a class struggle, between the members of the vicious circle of Native Administration on the one hand and the ordinary talakawa on the other hand.”

Of course at that time, the Native Administration led by Emirs controlled the police, prisons and the courts and were therefore directly exercising state power. Today, traditional rulers do not exercise state power but do exert substantial influence over their domains. The appointment of Mohammadu Sanusi II to the throne of Kano presented, I argued at that time, and my views have not changed, a unique opportunity of an Emir exercising radical influence on his society. It was an opportunity for the emirship to reconcile with its original mission of the Jihad of 1804, which was the struggle against injustice and oppression and establishing a political system that will serve the interest of the talakawa.

No one should be surprised that Sanusi II does not act as other Emirs after all Emirs are not normally radicals. Emir Sanusi has lived a life of intense radical intellectual engagement, which has over the years evoked strong reactions of support or disagreement among interlocutors. For example, when he was being proposed as Governor of the Central Bank in 2009, there was a passionate debate in the country. One Nebukadineze was excited at the idea of a radical occupying the position. Sanusi, he explained is not only qualified to be Central Bank’s Governor, he is a Nigerian in whom every progressive Nigerian must find a partner to uplift our nation from the doldrums.

The Sanusi Lamido Sanusi that I knew personally (in the 1980s) was a Marxist and a protégé of the late Dr. Bala Usman. He added that Sanusi’s intellectual depth is unquestionable; his numerous writings bear witness to this assertion. He is a Muslim in whom non-Muslims have a friend. He is not into proselytizing or into fostering Islamic supremacy. He adheres to his religion with an open mind. Above all, he never shies away from confronting the hypocrisy of Northern politicians who use Islam to mislead the downtrodden masses of the North.

In his own reaction to Nebukadineze’s accolades, Ikenna Anokute argued that: “This Taliban (Sanusi) with a Bachelors Degree in Sharia (at Sudan of all places) is an unlikely candidate to head Nigeria’s Central Bank. Simply put, he’s not qualified. He’ll undo what Dr Soludo took years to build. He will undo the recapitalization. He’ll radicalize, if not Islamize, the Central Bank. I fear that his religious belief will cloud his judgement in monetary policies and it is a mistake to ask him to replace a foremost Economist. It will be a BIG shoe to fill. Nigeria is about to face decline in foreign investments …” Since his days as a student in Ahmadu Bello University, controversy has never accepted to be far away from him.

Sanusi’s stewardship of the Central Bank was impressive and since I am a fan of the Emir, let others speak.”We were fascinated by the CBN Governor, and impressed by the tough, decisive and transparent actions that he and his colleagues had taken in Nigeria in a way that many Americans wish had also been done here with the leaders of financial institutions that benefited from tax-payer funded bail-outs.” Hon. Gregory W. Meeks, Chairman Subcommittee on International Monetary Policy and Trade of the United States Congress.

“In the last 18 months that Mallam Sanusi has been in office, he has salvaged a crumbling Nigerian financial sector, including implementing reforms that have put Africa’s most promising market back on the map for investors globally.” Global/African Central Bank Governor of the Year 2011 by The Banker Magazine- a publication of Financial Times of London. “Nigeria’s reformist central banker Lamido Sanusi is not afraid of bold gestures to keep economic growth on track – and remind investors of policy intent. He has Nigerian banking reforms under his belt (and lenders aware of the need to finance productive economic activity).” The Lex Column of the Financial Times (November 23, 2011).

I started this article with the Sawaba Declaration, which spoke of “the shocking state of social order in Northern Nigeria” in 1958 and today Emir Lamido in 2017, 59 years later is also speaking at every opportunity of the shocking state of the social order and for doing that he is being presented as the villain.Sawaba means freedom and my Emir says let’s question ourselves about how we allowed the North East and North West of Nigeria to remain so poor 57 years after independence. In his speech last week at the three-year anniversary of the abduction of the Chibok girls, he said as follows. ”The Oxford Poverty and Human Development Initiative (OPHI) and the UNDP in 2015 published data on the incidence of poverty in Nigeria showing that, on average, 46% of Nigerians are living in poverty. This is based on the UN’s Global Multi-Dimensional Poverty Index, which, focuses on Education, Health and Living Standards. Although this average is in itself bad, it masks even more serious internal inequalities and incidences of extreme poverty by region and gender. So for example the South-West of Nigeria has less than 20% of its population living in poverty while the North-Westhas more that 80% of its population living in poverty. In the North-East the figure is 76.8%. Over 90% of the people in Yobe and Zamfara States are living in poverty compared to 8.5% in Lagos and around 11% in Osun and Anambra states.” When an Emir is indignant at this level of poverty 57 years after independence (Sawaba), that Emir is a hero. All our hero has received however is a barrage of personal attacks and insults aimed at silencing his voice.

The radical agenda that HH Sanusi II has sought to address have been the promotion of education in general and girl child education in particular. Primary school enrolment for the North West and North East is less than 30% and successive leaderships in the zone have failed to educate their people. They love talking about the virtues of the Sardauna of Sokoto but have refused to act like him in actively promoting formal education with vigour and determination. On health, the campaign for eradication of polio and the prevention of VVF caused by marriage of young girls who are not physically mature has been crying out for support from traditional authorities. We should salute the Emir that takes on this agenda. At the anniversary lecture, the Emir said: “My engagement with issues of gender and opportunity for women did not begin when I became Emir, and my current engagement with forced marriages, domestic violence, arbitrary divorce, property and maintenance rights for women etc. is not new.” Indeed, the radicalism is in him.

Kano is an important State in Nigeria and God has given the State a radical Emir who has the intellectual skills, princely training, religious knowledge and cosmopolitanism to provide progressive leadership. Since he ascended the throne, he has been a father to all, irrespective of ethnic, religious or political affiliation. His social agenda has been aimed at uplifting the people. I conclude this piece with his words. “The poor people for whom you fight are voiceless by necessity.

Those of us who are fortunate to be part of the elite and who choose not to speak for them are voiceless by choice. We want to protect ourselves and our loved ones from the pain of being insulted and abused on social media. We want to hold on to the small comforts of our status. We want access to power and to be seen as friends of those in power and members of our inner-circle. We are afraid of being destroyed by ruthless state machinery. We have a morbid fear of being isolated, of not belonging to an exclusive club close to power.” May this voice of the talakawa continue to articulate their interests?