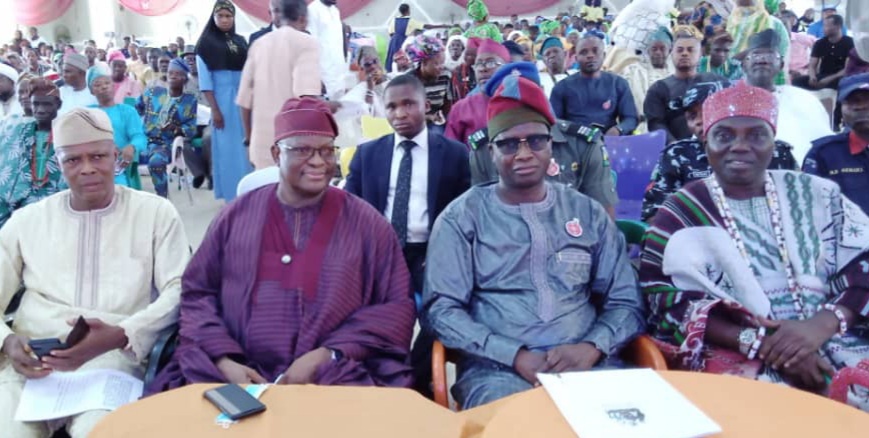 Governor Sanwo-Olu gave the advice at the colloquium organised to mark the 12th installation anniversary of the Aragbiji of Iragbiji, His Royal Majesty, Oba Rasheed Olabomi, at Iragbiji, Osun State on Thursday.

Speaking on the theme of the colloquium “Sustainable Community and National Development, Creating a Synergy between traditional institutions and government,” Governor Sanwo-Olu, who was represented by his Special Adviser on Chieftaincy Affairs, Prince Bayo Osiyemi, said traditional institution by virtue of its unlimited tenure is strategically positioned to promote sustainability because of its link between the past and the present.

The Governor said traditional institutions must play a role beyond being the custodian of the people’s tradition, custom history and culture, adding that the role of traditional rulers must be agreed upon and enshrined in the Nigerian Constitution.

He said: “Some Nigerians hold the opinion that one of the factors responsible for our low level of development is the failure to harness the potentials of our traditional institutions. In other words, there is need for synergy between government and the custodians of our history, culture and tradition.

“A key factor in development is sustainability, which in simple terms means meeting our own needs without compromising the ability of our future generations to meet their own needs. The traditional institution by virtue of its unlimited tenure is strategically positioned to promote sustainability because of their link between the past and the present.”

He said: “One of the areas where the role and relevance of the traditional institution are of great significance is the maintenance of peace, order and security, which is the foundation for sustainable socio-economic development at the community, state and national level. This is one area where government must synergise with traditional rulers who are closest to the people and possess superior knowledge of the dynamics of their communities.

“It will do our nascent democracy a lot of good and to our advantage in terms of facilitating improved security, welfare and prosperity for our people, if we take a cue from our past experiences and force a closer synergy between the modern governance system and our traditional institutions.”

The event was attended by the deputy governor, Hon. Gboyega Alabi, who represented the governor, Hon Rasaq Adeosun, Special Adviser on Chieftaincy amongst others.