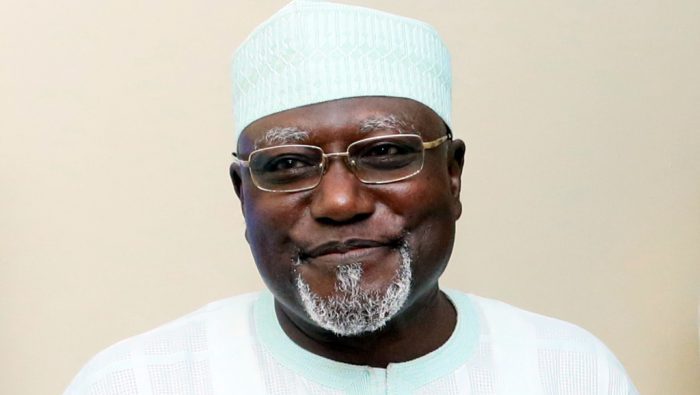 PremiumTimes takes a deep look into the recruitment list released by the Nigeria’s internal secret service, the State Security Service (SSS) which is seen to be shockingly lopsided in the composition of the new officers recently absorbed into the agency.

The agency commissioned 479 cadet officers after their passing-out parade in Lagos on March 5, at a ceremony attended by the Director-General of the Agency, Lawal Daura, and the Chief of Air Staff, Abubakar Sadique, air marshall.

The new list of the commissioned cadet officers reveals wide disparity in the numbers of slots allocated to the 36 states and the Federal Capital Territory, indicating that the federal character principle may have been ignored in the recruitment of the officers, Premiumtimes reports.

See Graphs representing each geopolitical zone, states and how the picking looks like in each region and state 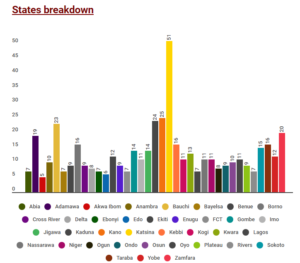 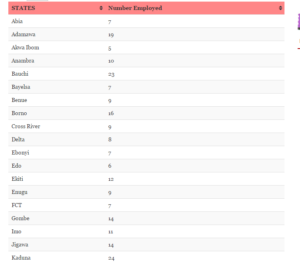 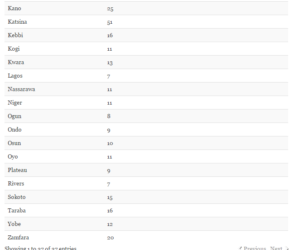 –
–
Image credit: Premiumtimesng.com
Federal Character: What Do You Think Of The New SSS Recruitment List? {List + Graphs} was last modified: April 28th, 2017 by Arinze Ago

There Will Soon Be A BIG Boost...

[…] Following allegations of lopsided recruitment by the Department of State Security Services, the Senate has decided to look into the matter. […]