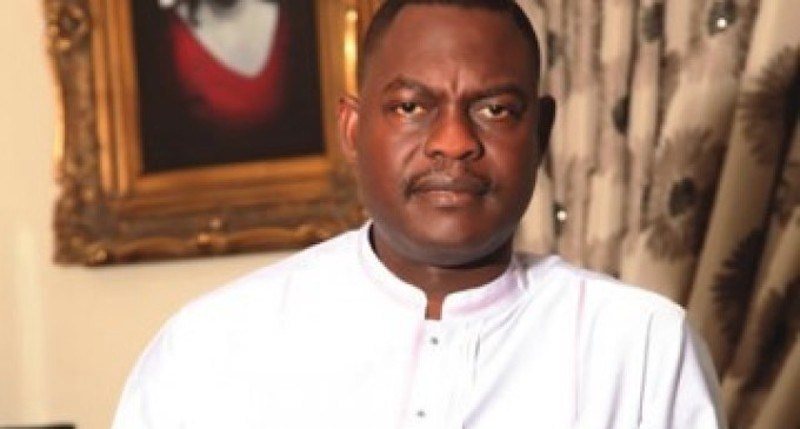 The Success Story Of The Group Boss, TAIWO AFOLABI Revealed

SIFAX Group has done it again. The big news is that this multinational company with interests in Maritime, Aviation, Haulage & Logistics, Oil & Gas and hospitality, has signed a Memorandum of Understanding (MoU) with the government of Gambia to build and operate a dry port in Banjul, the country’s capital. Banjul.

Lets quickly tell you that a dry port is an inland intermodal terminal directly connected by road or rail to a seaport and operating as a centre for the transshipment of sea cargo to inland destinations. The MoU was signed in Banjul by Mr. John Jenkins, Group Managing Director, SIFAX Group and Mr. Abdoulie Tambedou, Managing Director, Gambia Ports Authority (GPA).

The terms of the MoU include a multi-million dollar investment in the building and operations of the dry port to decongest the Port of Banjul in a public-private partnership business model doing this in some West African countries and we are sincerely grateful to the president for opening the doors of The Gambia to us. Our promise is that the country’s economy will feel our impact as we don’t intend to limit our interventions to the maritime sector alone. We have identified other areas we will be willing to invest in the nearest future.”

On his own part, Mr. John Jenkins said the company will rely heavily on its 30-year-old business experience acquired working in various sectors and countries as it sets out to turn around the country’s maritime sector. “We are delighted as a company to begin this journey of investing in The Gambia. As a company, we have a record of success in all the sectors and countries we operate. We will bring our experience and expertise to bear in the running of the dry port.

The project will help in decongesting the Port of Banjul, create employment for the people of Gambia and make the port very profitable and competitive. These are some of the values SIFAX Group will bring to the table,” Jenkins said. President Adama Barrow thanked the delegation for choosing Gambia for their investment foray, adding that the country needs a lot of investment, both local and foreign, to grow the economy. He promised to provide the necessary enabling environment for SIFAX Group and other foreign investors to thrive.

The company has come a long way. It  began operations as SIFAX Nigeria Limited in 1988, started as a freight forwarding agency in Lagos, Nigeria. Services rendered at its inception included freight forwarding, haulage and warehousing operations, as well as adjunct import and export support services.

In 2004 SIFAX Offdock Nigeria Limited was established in 2004 to efficiently operate off-dock facilities and services of the Group. With the terminal located within two minutes drive from both the Apapa and Tin Can Island Ports, SIFAX Offdock is strategically located and accessible to the major ports from where it easily receives cargo as a temporary hold and provides easy exit for custom-cleared cargoes to any part of the country.

In 2006, the company which had become a group of companies then, through one of its subsidiaries, Ports & Cargo Handling Services Limited, won the competitive bid to manage the Terminal C, Tin Can Island Ports, Lagos under the Federal Government’s port concessioning programme, which handed over the management of port operations across the country to private investors. The ports were hitherto managed by the Nigerian Ports Authority (NPA).

In 2009, In December 2009, SIFAX Group also acquired the Skyway Aviation Handling Company Limited (SAHCOL), an aviation ground and passenger handling company. In 2010 SIFAX Oil & Gas Company Limited was incorporated in 2010 and commenced business same year. It participated in the government regulated international trading of petroleum products in 2010 and 2011. The company has also acquired a licence to build a 120,000 bpd capacity Greenfield Refinery in Nigeria.

In 2013 Sifax Logistics & Marine Services Limited was incorporated in 2013 to provide logistics and marine services for Nigeria and the West Africa sub-region. It provides special transportation with respect to offshore support services, marine vessel transportation, towage and other related marine services to both onshore and offshore oil terminals. Sifax Group, which has now become a big conglomerate, with diverse investments in Maritime, Aviation, Haulage, Logistics, Oil & Gas and Hospitality, among others, now operates globally with presence in the United States, United Kingdom, Ghana, South Africa, Holland, Belgium, Morocco, Spain and Djibouti.

His quest to attain high level of academic excellence and leadership in advocacy led him to the University of Lagos, where he obtained the degree in Law. He became a member of the noble profession when he was called to the Nigerian Bar by the Body of Benchers on Wednesday, November 4, 2009. He later obtained a Masters degree in International Law and Diplomacy from the same university.

He began his professional career with a shipping company, Nigerian Express Agencies Limited, where he distinguished himself and rose to become the Head of Operations. With the zeal of entrepreneurship burning in him, he left the company in 1988 to establish what has now turned to a big conglomerate, SIFAX Group, a business interest with diverse investments in Maritime, Aviation, Haulage, Logistics, Oil & Gas and Hospitality, among others.

From a little beginning, the company, which started as a freight forwarding agency in Lagos, Nigeria, currently operates across the world with presence in the United States, United Kingdom, Ghana, South Africa, Holland, Belgium, Morocco, Spain and Djibouti, among others.

With about three decades of rich entrepreneurial experience, Dr. Taiwo Afolabi, through the dint of hardwork, foresight, resilience, vision and knack for excellence, has emerged not only as one of the leading business icons in Nigeria, but also reckoned with across the world. No doubt his wealth of experience, organizational prudence and business ingenuity have remained invaluable assets to SIFAX Group, which has become a leading player in the Nigerian economy.

The company, alongside its subsidiaries, has generated both direct and indirect employment for thousands of eligible Nigerians. Afolabi is a seasoned maritime consultant and a Fellow of many professional bodies including Nigerian Institute of Financial Management (NIFM), Institute of Freight Forwarders of Nigeria (IFFN) and the Chartered Institute of Arbitrators of Nigeria. He has attended several maritime and aviation-related trainings both locally and internationally on port operations, aviation ground handling operations and management. Due to his rich experience, Afolabi is a sought-after speaker and facilitator at various industry conferences and mentoring programmes.

Aside being renowned for his business acumen, Dr. Taiwo Afolabi has also established a reputation as a public-spirited individual. His philanthropic philosophy has driven him to give hope and support to many public causes. The major focus of this philanthropic initiative is education, where many schools, from primary to tertiary level have received immense support and assistance.

Few of these interventions include a 1,000 capacity lecture theatre at Ladoke Akintola University, Ogbomosho and an 18-seater Toyota Hiace bus donated to the medical students association of  the Obafemi Awolowo University, Ile-Ife, Osun State. As a mark of recognition of his outstanding achievements and invaluable contributions to nation building, he has been conferred with various honorary doctorate degrees by four universities, including Ladoke Akintola University, Ogbomosho, Oyo State, Cornerstone University and Theological Seminary, Jerusalem, Israel and USA, European-American University, Dominica and Commonwealth University, Belize.