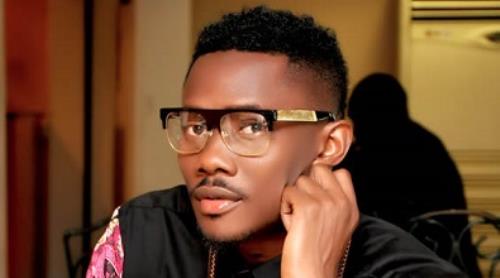 Nigerian singer, Sexy Steel lost his cool last night at the Lekki Toll gate when he drove through an ‘exact toll’ spot but didn’t have the exact toll on him.

He was allegedly insulted by the female cashier on duty and he didn’t find it funny at all.

See his narration below….

I swear to God I have never been humiliated like this since I was born….those that know me very well can testify that I mind my business a lot and never disrespect anyone especially women.

I got to the point I was meant to pay at the Lekki toll gate this night then I brought out 500 Naira note to pay, this lady at the toll said it was exact fare then I asked one of d boys in my car if he had 250 then have d 500 instead… then d next starment that came out of her mouth in Yoruba was “awon aku’se owo t’oye ko fun wa K’a fi se weekend, eko were yin lo” ( You wretched people,the money you’re suppose to give us for weekend, Go with your madness).

Then her colleague was trying to bring her attention to the personality of the individual she’s referring to but the next statement she said is; “T’alo Mo iya e ri” (who knows his mother). The hate is real. Let’s support ourselves in using her as a scapegoat to curtail hate speech in the society.