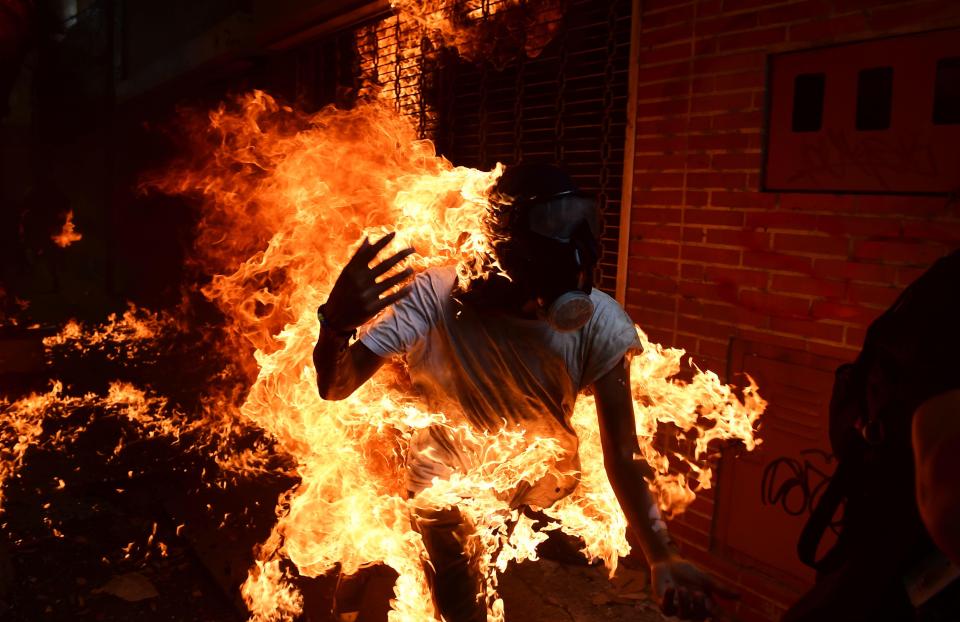 The Police in Ebonyi on Monday rushed a 37-year-old man to the Alex Ekwueme Federal University Teaching Hospital, Abakaliki, for treatment after he allegedly set himself on fire.

The News Agency of Nigeria reports that the man, identified as Chinedu Nweze, allegedly set himself on fire beside a classroom block at St. Patrick’s Primary School, Kpirikpiri, Abakaliki.

He was said to have tied his own legs and doused himself with petrol before setting himself ablaze.

NAN learnt that Nweze, who hails from Umuogharu, Ezza North Local Government Area of the state, had complained to his neighbours of frustration and inability to feed himself a day before the incident.

Ebonyi Police Command Spokesperson, Mrs Lovett Odah, told NAN that the Command was investigating the incident to ascertain whether it was a suicide attempt or not.

“The Command dispatched an ambulance to the scene of the incident and took the man to the hospital after it received a distress call from a member of the public.

“Police are currently carrying out an investigation into the incident; but for now, we have very sketchy information about the incident and cannot confirm if the act was a suicide attempt or not,” Odah said.

According to her, the man is now recuperating at the hospital.

READ ALSO: “WE HAVE NEGLECTED THE GREATEST ASSET OF ANY NATION” – PASTOR BAKARE TASKS BUHARI ON HUMAN CAPITAL

SUICIDE: Man Sets Self On Fire In Ebonyi was last modified: April 23rd, 2019 by Damilare Salami

‘You abhorred corruption; that’s why you stood by PMB till death’, Festus Keyamo remembers Gani Gawehinmi