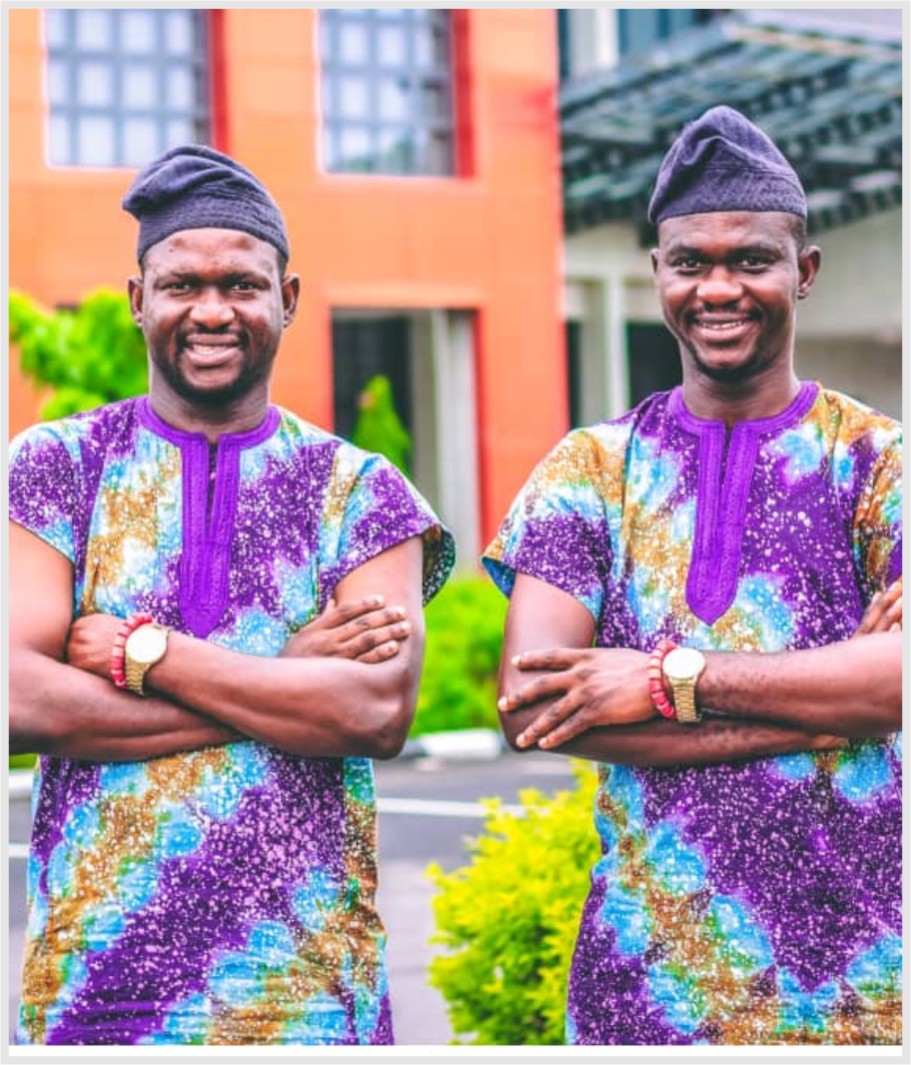 •What They Told City People

Taiwo and Kehinde Oguntoye are the brains behind the famous World Twins Festival. Through this their lofty initiative, Oyo State and indeed Nigeria have not only been showcased to the world in a positive way but it has also opened the eyes of foreign tourists to the unique tradition and cultural values of the nation. Especially Igboora, Ibarapa Central, where the festival holds every year. The town, refered to be the land of twin, has been playing host to a good number of tourists that come for the program on a yearly basis. In this interview with City People’s Correspondent, DARE ADENIRAN (08057639079), the highly talented Taiwo and Kehinde Oguntoye spoke extensive on their passion for tourism. How it all started, the uniqueness of multiple births, as well as their plans to make the program a global brand. Read on.

World Twins Festival seems to be going global, tell us about what prompted the whole idea and your experience so far?

Over a decade now we started something called twins festival for Nigeria. It was named 9ja Twins Festival. The first edition was held at Cultural Centre, Mokola, Ibadan. After the maiden edition which had in attendance eminent personalities like the former deputy governor of Ekiti State, Alhaji Taye Lawal, the UNESCO Cultural Ambassador and the famous Twin 77 of the blessed memory, Osuntoki Olaniyi and several others from the South West. The first three edition held here in Ibadan. But after the third edition we decided to rebrand the concept and changed the name to Nigeria Twins Festival. In order for the festival to have a global recognition we approached government and collaborated with the Oyo State government during the reign of late former governor Abiola Ajimobi. The the festival was also rebranded about that time to World Twins Festival. If you look around, Nigeria is known to be the country with the highest number of multiple births in the whole world. Even China that has the highest population of about two billion doesn’t come close to Nigeria in that regard. So we felt it would be an interesting thing for us to gather twins of that magnitude to come together and celebrate that uniqueness of multiple births. Basically we have our background in tourism too. So in the way of carving a niche of tourism, because another social-cultural aspect of the tourism is twinning. We are the ones that founded the global brand that is called Twins Tourism. Our plan is to use the initiative to drive tourists into Nigeria and to get global attention. That is the essence of Twins Tourism. There is also a component of the project that has twins pilgrimage. That is why when we rebranded instead of doing it in Ibadan alone, we take the program to the land of twins, Igboora. And that was the 2018 edition which was held in collaboration with government at Igboora.

As per the experience, it is of two ways. Firstly, with personal efforts and without collecting a dime from any government we have projected the festival to four continents of the world. We have taking it to US, some European countries, South Africa, Ghana, Kenya, Cameroon and others. In fact, we were celebrated by the World Business Airport in US. Had it been we had necessary supports from government the project would have been more bigger than this. But it is not too late for government to kin into it. So most of the objectives are not self-centered. It is strictly about contributing our own quota to the society. In addition to economy, human traffic and tourists to the area, to increase international patronage for Nigeria. The festival is getting global attention already. It is not yet at the stage we projected it to be but it’s a matter of time we would get there. Of course, it has been encouraging. If not for the COVID-19 era that slowed things down a bit. In the last two years, 2019 and 2021 due to COVID-19 we couldn’t get support from corporate bodies. But we must say it here that we have received maximum supports from Igboora Community. Especially the Olu of Igboora and all the traditional rulers in the town. It is just left for the state and federal governments to kin into the project. Igboora has been projected from the positive angle and government are seeing it.

Let’s talk more about positive impacts of the festival to the society?

It is a cultural event. So culturally, traditionally and ethically there are quite a lot of benefits from the festival. It has a social-economic impact on the country, the state and the nation generally.

Tell us about the content of the festival itself?

The content is that twins are gifted. We normally have twins fashion show whereby twins showcase their talents. We have them in all human endeavors; fashion, arts, banking, entertainment, business etc. We have twins fashion show. Seeing twins together in same attires, putting on same shoes, wristwatches and all. It is always unique. Of course, we also have twins’ cuisines like sugarcane, aadun, beans and other cuisines that are traditionally attached to twins. We also have arts exhibition, twinless twins night in which we celebrate twins that have lost their partners. For them to feel along and all. Because the fact that you have lost your partners doesn’t make you less a twin. There is another aspect where we celebrate parents of twins.

Apart from Twin Tourism what other thing do you do?

We are trained agriculturists . I read Animal Health and Production Technology while Kehinde did Agric Engineering. We now went to the University of Ibadan to study same course, Wildlife and Ecotourism Management. Apart from that, we are also into media. We run a radio show on Lagelu FM, Ibadan called Travel with Twins. We also have a travel and four company.

Twins, in some cases, are hostile to one another how is it for you. Do you also quarrel?

Our own is very unique because we have been together right from birth. We go to the same places together, we do virtually everything together.

Do you date same woman?

When we talk about indifferences in twins, when we were much younger we used to fight for superiority. But now maturity has set in. You just have to let go. The person with a superior argument wins the show.

Are you guys married?

No. We are about to.

Do you plan to marry the same woman or marry on the same day like we do hear in some cases?

We would call on you soon to come and cover our wedding but we won’t marry the same woman definitely.

Tell us more about yourselves?

We are from Ibadan, Lagelu Local Government Area of Oyo State. We are from the Oderinlo compound. Our great grandfather’s statue is the one in front of Mapo Hall. Our village is Odeote. So we have our family house and village.

Our dad is a retired military officer while our mother is a retired teacher. Our mum is also into trading. Let’s also add that in our lineage from our father’s side they had 5 sets of twins. There are 6 sets from our mother’s side.

Where do you see World Twins Festival in the next five years?

Our main projection is to put the program in the Guinness Book of Record. To gather the highest number of twins from all over the world. To create positive awareness about Nigeria. To attract more investors to the country. To project Nigeria in a positive light to the rest of the world.

What do we expect from this year’s edition of World Twins Festival?

The festival comes up second week of October of every year. This year’s edition will hold on Saturday October 8, 2022. Of course, it is going to be unique. We’ll pay tribute to the grand patron of the festival, late Oba Lamidi Olayiwola Atanda Adeyemi 111. He attended every edition of the festival since inception. In fact, when we started 9ja Twins Festival, it was initiated in his palace. Unfortunately, he passed on April 23rd on our birthday as well. So we have decided to celebrate him specially.

Was there anything in your background that really encouraged what you do presently?

Maybe for the fact that we started traveling from day 2 of our birth. We were in Olupona in Osun State. So they had to take us from Olupona to Ibadan for naming ceremony. Maybe that is why it has been easy for us in promoting tourism.

Star Actress, KEMI KOREDE Opens Up On Her Success Story