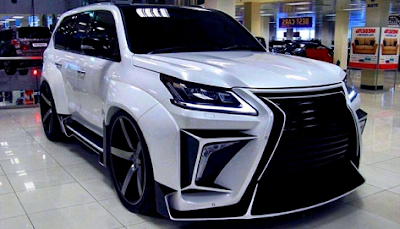 There is unease in Ekiti State over the approval and purchase of a 2018 Lexus LX 570 Sport Utility Vehicle (SUV) valued at N75 million for Governor Ayo Fayose as a “parting gift”.

The purchase is causing anxiety in the civil service as fear grips officers involved in the deal ahead of the change of government on October 16.

It was learnt that the vehicle was bought about a month ago but The Nation reporter sighted the documents on the deal yesterday.

A civil servant, who spoke in confidence, described the deal as “strange, suspicious and unheard of” at a time government workers and retirees are owed salary arrears.

A memo for the purchase of the vehicle emanated from the Political and Economic Department of the Governor’s Office through the Office of the Secretary to the State Government (SSG).

The letter authorizing the purchase of the SUV was addressed to the SSG, Dr. Modupe Alade.

It was written by Mr. Bayo Opeyemi, the Executive Secretary/Director General, and was dated August 1.

The deal was alleged approved same day by Fayose with his signature on the document.