Home Media The Chaplain Of The Chapel Of Light Sacked By Gov. Ambode Gets Free Furnished Apartment
Media

The Chaplain Of The Chapel Of Light Sacked By Gov. Ambode Gets Free Furnished Apartment 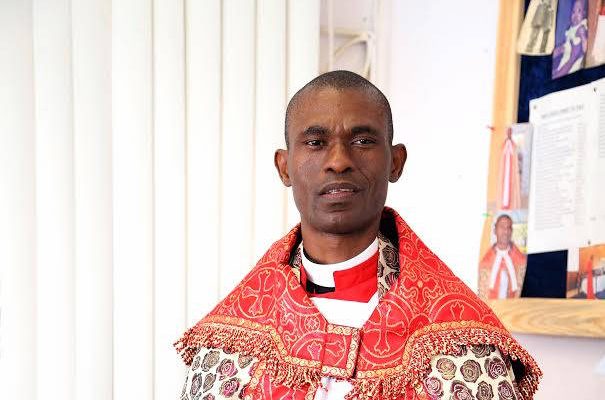 The pastor who was unceremoniously sacked for allegedly not anointing the wife of the Lagos state Governor first, has been saved by well-meaning Nigerians.

The Chaplain of the Chapel of Christ the Light, Alausa, Lagos, Venerable Femi Taiwo, who was allegedly sacked by Lagos State Governor, Akinwunmi Ambode for allegedly “disrespecting his wife” by refusing to anoint her first during an anointing service, has been saved by well-meaning Nigerians.
According to Punch, Taiwo, who was sacked without no query or official reason has been blessed with a fully furnished apartment.
Recall he was ordered to exit the official quarters where he resided with his wife and two children just 24 hours after he got the Governor and his wife angry.
Pleas from church leaders and elders had failed to save the cleric, who still had two years to spend as the presiding chaplain. Taiwo has now settled into a new and furnished accommodation provided by members of his congregation.
Taiwo told Punch that he got five offers of apartment from different members of the church congregation.
A source disclosed that church members who were angered and touched by the way the priest was treated decided to help the cleric and his family.
“Apart from the apartment he moved to, he got four offers of apartment from different members of the African church congregation,” the source said.
The Chaplain Of The Chapel Of Light Sacked By Gov. Ambode Gets Free Furnished Apartment was last modified: May 27th, 2017 by Arinze Ago