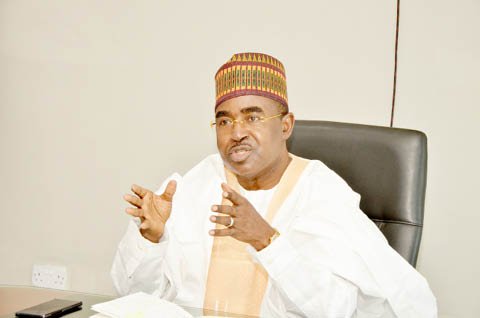 As City People celebrates its 25th anniversary, this is the time to recall the high points and low points in the life of the organisation. Barely 10 months after City People was born in 1996, the then Military Administrator of Lagos State, Col. Buba Marwa visited City People office to meet with the Management of the brand new softsell. As part of his ongoing visit to media houses, Col. Buba Marwa the Lagos State Administrator visited City Pople office at Agidingbi, Lagos.

Accompanied by his Government House entourage, he was shown round the office complex by the Editor-In-Chief, Seye Kehinde.

Obviously impressed by what he saw, Col. Marwa praised the paper for it’s refreshing approach to news presentation, and its people centred coverage of events.

He found it hard to believe that City People was only 10 months old.

In his words, “it is obvious that your publication has a promising future, with it’s Concept and Focus, which clearly marks for you a guaranteed clientele”.