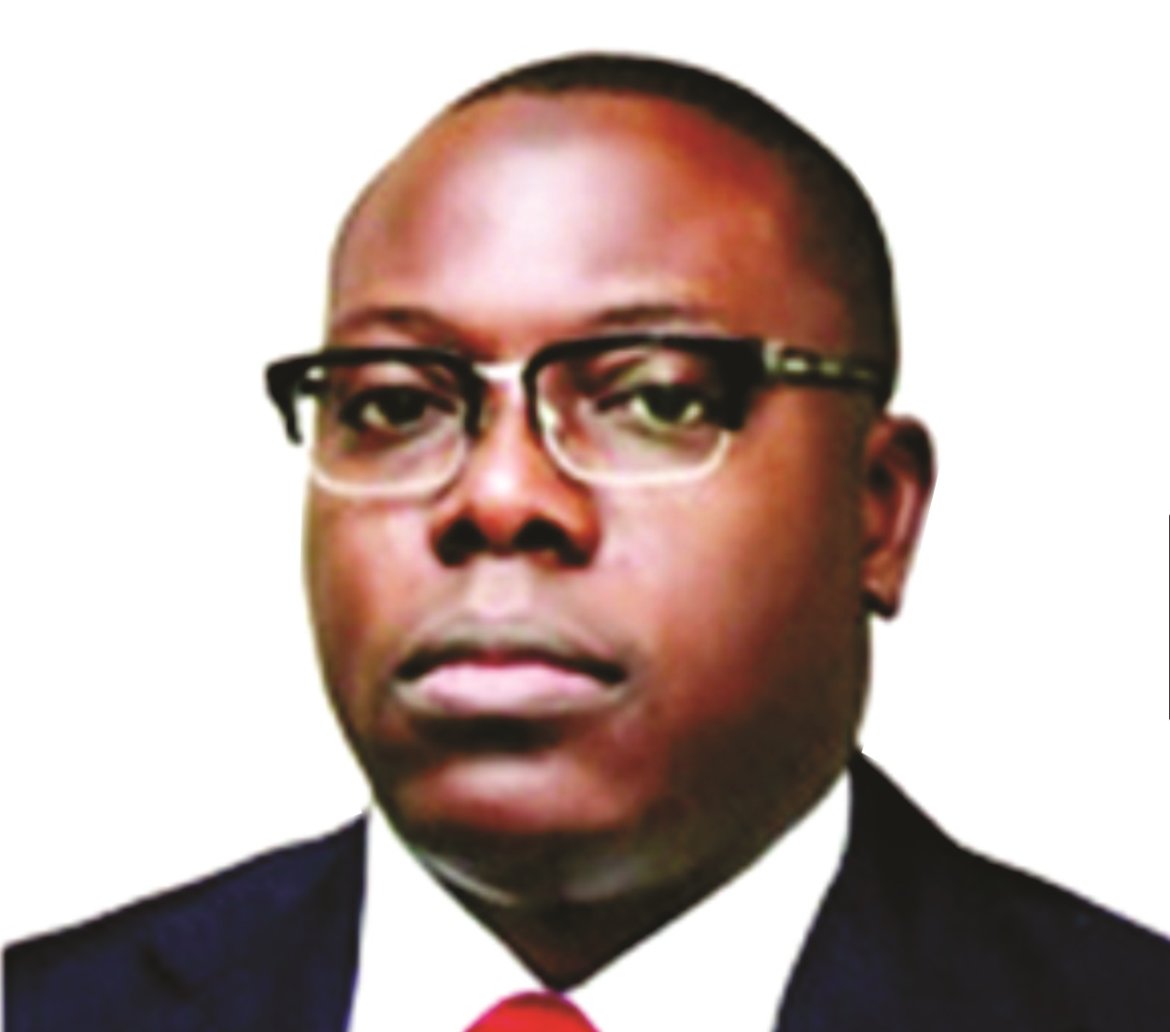 A few days ago, the news broke that Prince Wasiu Gbolahan Lawal has been chosen as the new Oniru-elect. Many don’t know him well because he is a quiet and easy-going person. He has been in Lagos state government since 1999.

Since October 2015 when Prince Wasiu Gbolahan Lawal became the Housing Commissioner in Lagos State, a lot of transformation has happened in the Housing Ministry. New policies have emerged, just as a few existing policies have been redesigned to suit new realities.

What he did was to first take stock of how best to tackle the 3 million housing deficit facing Lagos. He also consulted widely, meeting with the various stakeholders in the built industry in the state. He was lucky to have a listening ear in the former Governor of the State, Mr. Akinwunmi Ambode who believed in the philosophy that the then Ambode government should focus on providing adequate and affordable housing for the citizenry of Lagos which is fast becoming a megacity. That was the new Vision adopted by the government.

As for its new Mission? That is simple and straightforward: To ensure the provision of adequate and good quality housing in Lagos megacity and facilitate easy access of its citizens to homeownership.

That focus has helped a great deal. This is because the Lagos government has been serious with its mission of not only providing adequate and good quality housing it has facilitated easy access of its citizens to homeownership through its Rent-To-Own scheme. The Rent-To-Own policy introduced by the Ambode Administration is aimed at making housing more readily available, accessible and affordable for the low + middle-income earners.

This policy is to ensure that the government lives up to its social obligation to provide affordable shelter to its citizens and assist first time buyer to acquire their own homes.

Who is Prince Gbolahan Wasiu Lawal? City People can tell you a lot about him. He is a seasoned administrator; result-oriented and passionate about all that he does, with over 20 years post-graduate experience. He is also a Security and Development specialist, with a bias for the political economy of development, especially in low and middle-income economies, with many years of experience in the public sector. He has experiential knowledge of real-time business dynamics, global economic challenges and opportunities.

Gbolahan obtained a Masters of Science [M.sc. degree] in Violence, Conflict and Development, Department of Development Studies, from the School of Oriental and African Studies [SOAS], University of London; this is a sequel to his Bachelor of Science [B.sc Hons] degree in Botany, from the University of Port-Harcourt. He is also a product of the Havard Kennedy School of Government and the World Bank Institute, Washington D.C. Mr Lawal, Associate member, Food Studies Centre, SOAS, and Board Member, Lagos State Security Trust Fund, also holds certificates in strategies for managing PPP from ECAPS in Cambridge and Advanced Management Programme [AMP] from Wharton School, University of Pennsylvania, USA.

His foray into public service began with his appointment as  Senior Special Assistant (Special Projects) to ex-Governor,  Babatunde Raji Fashola (SAN), in December, 2008.

He was also Commissioner, Ministry of Agriculture and Cooperatives under  Fashola’s administration between July 2011 and May 2015. He raised the state’s Food Security profile through the initiation of various programmes and projects such as the Integrated Rice Mill, Imota; High-Quality Cassava Factory, Poka-Araga, Epe, and the Songhai Regional Centre, Badagry. He also coordinated the activities of the Agriculture-based Youth Empowerment Scheme [Agric-YES] which has today become a youth empowerment model for many states of the Federation when he served as a Senior Special Assistant on Special projects to  Raji Fashola.

Lagos State Agriculture based Youth Empowerment Scheme (Agric-Yes) is a  two-pronged scheme designed to create employment for the teeming youth population, in addition to enhancing food security. The project has remained an acclaimed success.

On Monday 4th July 2011, he became the 17th Commissioner for Agriculture and Cooperatives.

The achiever that he is, Prince Gbolahan did a lot to improve the state of Food Security in the state. In line with the renewed emphasis on food security, he championed the establishment of the Agege Farm Service Center to bring agricultural services closer to farmers.

One cardinal objective of the centre is to provide stakeholders with accurate, timely and reliable information and relevant advice on livestock production, modern techniques and farm management including entrepreneurial modules.

Under his leadership, the Ministry of Agriculture purpose came up with an economic strategy to tackle the challenge of food shortage in the state.

A lot was done to make this possible as the government built a 20,000 metric tonnes per annum rice milling plant while much attention was given to cultivation.

Similarly, the state government’s ‘rice for job’ programme engaged hundreds of youths across the state, in addition to enhancing increase in the quality of rice production.

The Lagos State Marine Agriculture Development Programme (LSMADP) was also re-developed for the utilization of the state water resources and enhancing artisanal fisheries and marine aquaculture.

Equally, the Cooperative College, the first of its kind in the country, was envisioned and commissioned under Prince Gbolahan’s headship of the Agricultural Ministry.

Given his ability to manage challenging projects, lead people, and build teams, he was appointed  Commissioner for Housing by Governor Akinwunmi Ambode in October 2015. As the Commissioner for Housing, he has set the blaze with the introduction of the Rent –to own, a homeownership program set to move a larger number of residents of Lagos State to the homeownership ladder and the master-craftsman program, a train- the -trainer initiative aimed at improving the skills of artisans and workmen in the built industry. He has an interest in Sports, Music and the Arts.

Lawal belongs to the class of people who plan well and work ahead to attract divine elevation.

To him, nothing happens by chance in life, though he believes in the existence of a supreme being that predestines the journey of man through life.

He, nevertheless, firmly holds the view that predestination could only be an appropriate success recipe, if only it is matched with hard work, perseverance, great vision, dedication and unalloyed commitment to excellence.

He deeply understands the place of preparation in man’s quest for success in life and belongs to the school of thought that preparation determines the scope of opportunity available to anyone aspiring for success.

Having obtained the Primary School Leaving Certificate in 1982, he proceeded to St.Gregory’s College, Obalende in 1982 and obtained his West Africa School Certificate (WAEC) in 1987.

He was later admitted to the University of Port-Harcourt in 1988 where he earned the Bachelor’s of Science (B.Sc Hons.) degree in Botany in 1992.

He served his mandatory National Youth Service in 1992 at the Federal Capital Development Authority, Abuja and began his working career as a Scientific Officer 11 with the Raw Materials Research and Development Council (RMR DC), in July 1994.

He was on this job till July 1996 when he joined the Nigeria Police Force as a Cadet Assistant Superintendent of Police (ASP) and rose to the rank of Superintendent.

His bias for education equally became noticeable in his career as a Police Officer as he attended the Police Officer College, Jos, for the Advance Detective Course, in addition to other local and international training programmes.

In the course of a career in the force, Gbolahan was deployed to Lagos State where he served as the Aide-De-Camp (ADC) to erstwhile Governor Bola Ahmed Tinubu. He retired voluntarily from the force in 2008 as Superintendent of Police

He has equally attended training on poverty reduction, job creation and security, April 2010, World Bank Learning Forum:  Workshop on social Protection responses to the 3 waves of Global crisis; finance, food and fuel organized by the World Bank in Cairo, Egypt (June 2009), International Security and Counter-Terrorism Programme at the International Security Academy, Tel-Aviv Israel (July 2005) among others.

A proud alumnus of the prestigious Harvard Kennedy School of Government, Harvard University and World Bank Institute, Washington D.C, USA, Gbolahan is a seasoned Security and Development expert with a bias for the political economy of development especially in low and middle-income economies.

An illustrious offspring of the Ojora- Oniru royal families, Prince Gbolahan was re-appointed in July 2015 by Governor Akinwunmi Ambode, into the Ministry of Housing, This appointment is quiet strategic and instructive in many perspectives.

For one, Shelter is one of the elements required for human survival and the sustainability of his normal mental and physical health aside from food, water, clothing and protection from environmental threats.

Like it is the case with other megacities across the globe, housing challenges are multidimensional in Lagos. The problems of population explosion, continuous influx of people from all walks of life and the lack of basic infrastructure required for a good standard of living have compounded housing problem s in the state over the years.

Access to this basic need remains grossly inadequate. Succeeding administrations in the state have introduced various initiatives with a view to intervening in the housing challenges of the people.

The coming of Prince Gbolahan at the helm of affairs of the ministry is expected to turn things around in terms of mass delivery of houses for the people. His antecedent as a performer and trailblazer would hopefully help, in no small measure, to actualize the vision of the Ambode administration to make homeownership accessible to all classes of people in the state.

His hobbies include reading, travelling, meeting people, sporting activities and watching movies, He is happily married with children.

READ ALSO: ROSIE’S DIARY: THE BIG ONE IS COMING!