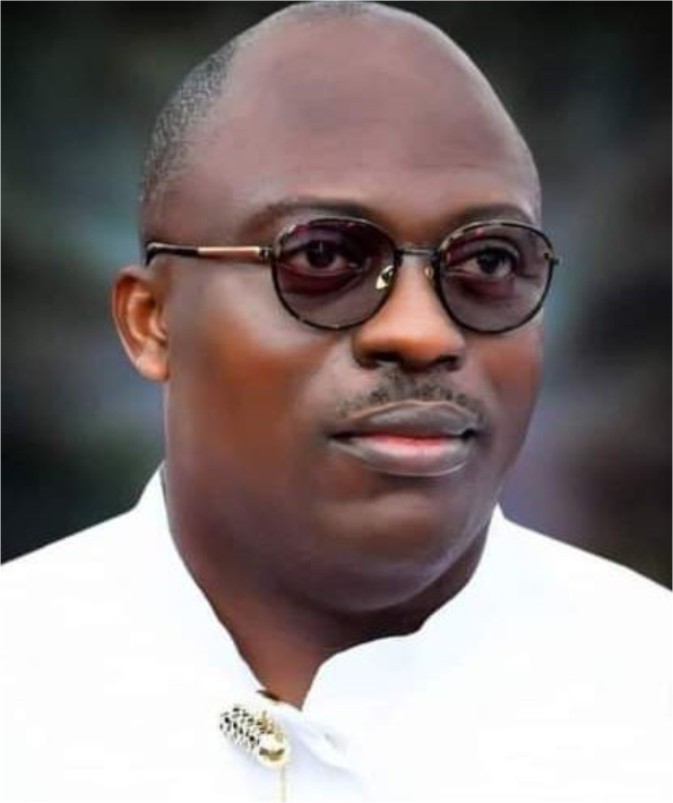 The election of Rivers State Peoples Democratic Party, PDP Governorship candidate Siminialaye Fubara on Wednesday 25th of May, 2022 at Dr. Obi Wali Cultural Center Port Harcourt Rivers State did not just happen perchance but came to many people with shock. The rumour about an anointed candidate who had been chosen by Governor Nyesom Ezenwo Wike took over the entire atmosphere few months before May 25th, 2022 as Mr. Siminialaye Fubara, the Accountant General who retired from Civil Service has been a man Wike has been fixing his eyes upon as his successor.

He hails from Opobo/Nkoro Local Government Area of Rivers South-East Senatorial District. The Choice of Fubara came on the heels after the financial ombudsman Economic and Financial Crime Commission -EFCC had published in its official website that The Retired Accountant General Siminialaye Fubara and three other Civil Servants are wanted for allegations of Fraudulent activities to the tune of N117Billion.

The game plan of Governor Wike remained to satisfy the yearnings of Rivers Ijaw but with the mindset of Igbo extraction since the Opobo are known with King Jaja of Opobo’s business exploits. The new game plan is to also nominate another Rivers born female politician of Ikwerre but Igbo extraction to occupy the Deputy Governor’s slot. And Barrister (Mrs.) Chinwe Aguma an Engenni ethnic group in Ahoada West Local government Area but of Igbo extraction as she is surviving wife of late Emma Aguma SAN who Commissioner for Justice and Attorney General who died a few years back.  Late Emmanuel Aguma happened to have come from Port Harcourt Local Government Area of Rivers State an Ikwerre Speaking area. Therefore to get all of the high-value electoral votes which are of high voting density of Obio/Akpor and Port Harcourt Local Government Areas brings the choice of an Ikwerre man or woman as Deputy Governor.

Given the above scenario, on Wednesday 25th of May,2022 while delegates were converging at the venue of the State Convention at Obi Wali Cultural Center, Governor Wike gathered some elders of the Peoples Democratic Party inside Government House as they monitored the outcome of the Court process served on PDP and INEC by Dr. Farah Dagogo which sat with Justice Taiwo Taiwo presiding. After a long wait at Government House Port Harcourt where some of the Governorship aspirants gathered were told that the Court case going on at Abuja had been struck out. At this stage, more cups of wine were served to celebrate the court outcome.

The question of harmonizing the list of Governorship aspirants and arriving at a consensus candidate was actually brought up by Governor Wike who told the elders and Contestants that Mr. Siminialaye Fubara remains his choice. And Elder statesman Ferdinand Anabraba was asked his opinion but he kept quiet. The former SSG Dr. Tammy Danagogo was asked to speak but he walked out from the meeting. The same with Chief David Briggs, another contestant who also walked out. When it was the turn of the former Chairman and Sole Administrator Brother Felix Obuah to speak he chose to keep quiet and walked out as they headed to the Dr. Obi Wali Cultural Center where all delegates had already gathered.

Several rounds of meetings were held as Governor Wike arrived at the venue by exactly 5pm but more surprises cropped up as the above-named Governorship aspirants walked out. Until by 6:30 pm when ballot papers and PDP Electoral Committee assembled the delegates to file out Local Government Area by Local Government Area to cast their votes. This process continued until late in the night exactly past 9 O’Clock when Professor Walter Mboto announced the outcome as thus first that a total vote cast was 898 and Siminialaye Fubara scored 721 votes while the Former Commissioner for Finance Isaac Kamalu came second with 86 votes as Dax Alabo George Kelly scored 37 votes. Chief West Morgan got 4votes and Chief David Briggs got 4 votes. The retired SSG Dr Tammy Danagogo scored 36 votes as others scored zero votes.

The current discussion dominating the public space in Rivers state is why did Governor Wike choose former Accountant General and Former Commissioner of Finance respectively? With his anointed Governorship candidate Siminialaye having been put on the EFCC watch list, it then means that if he is disqualified by the Court of Competent jurisdiction his former Commissioner for Finance Hon. Isaac Kamalu a native of Eleme and also from Rivers South-East senatorial zone takes over.