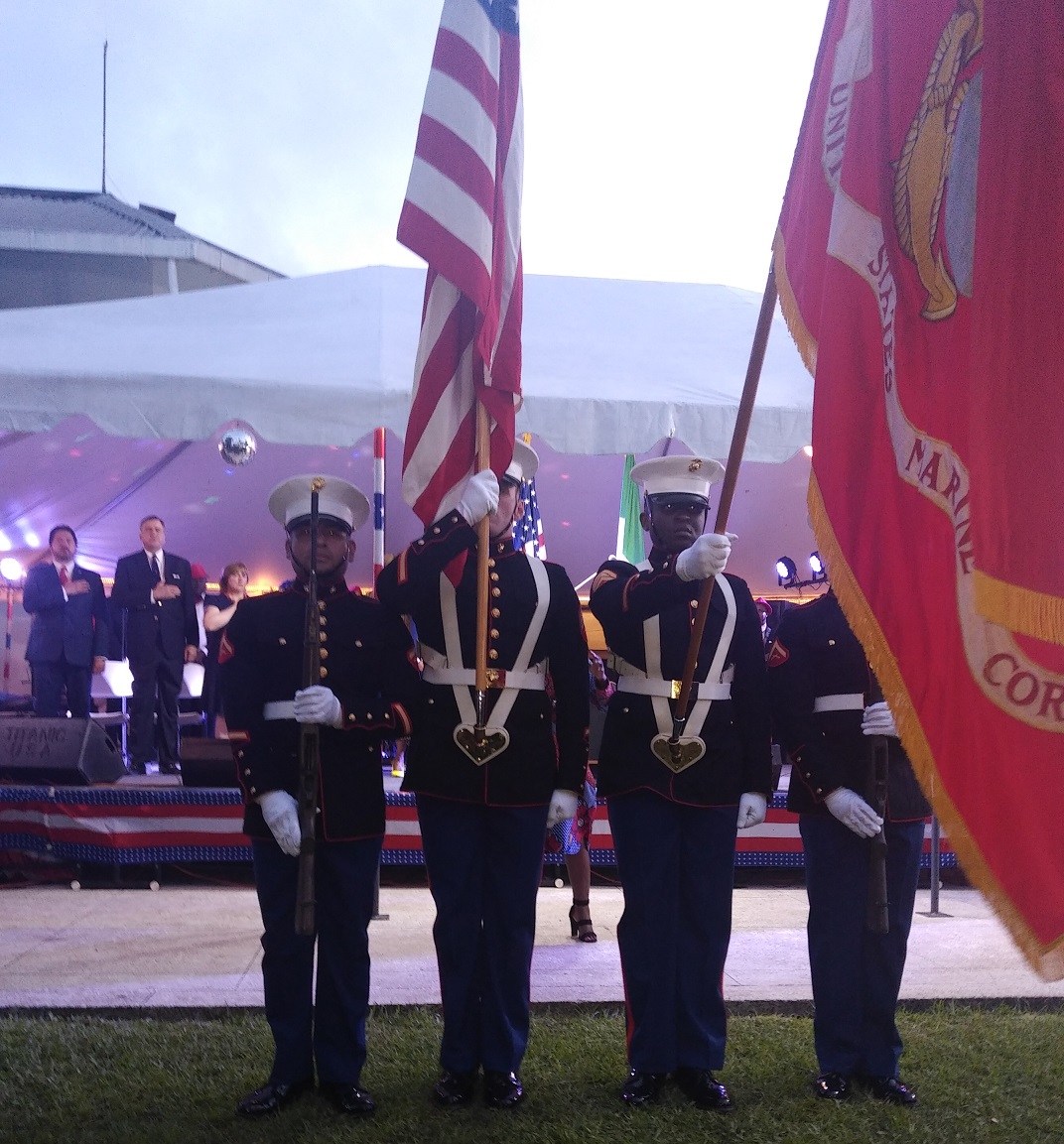 In Attendance were the Oba of Lagos, His Highness Oba Rilwanu Akiolu and the Ooni of Ife, Oba Adeyeye Enitan Ogunwusi as well as several traditional rulers and their chiefs. The federal Government was represented at the event by Mr Obioma Nzewuji, Assistant Director in the Federal Ministry of foreign Affairs and the Lagos State Government was represented by the Deputy Governor of Lagos State, Dr Obafemi Hamzat.

The event proper kicked off after a parade by the United States Marines which culminated in the recital of the Nigeria National Anthem and that of the United States. While the Nigeria anthem was recited by a member of the God Bless and Ebony Band, the American National Anthem was performed by talented vocalist, Funmi Davies. She belted out a breathtaking, awe-inspiring rendition of the Star Spangled Banner in her sonorous voice to the admiration of every American and Nigerian present.

The Ambassador of the United States in Nigeria, subsequently made a concise speech in which he enjoined Nigerians from all parts of the country to follow the American example and come together to build a truly strong nation, bound in freedom, peace and unity. He posited that Nigeria should do away with petroleum subsidy as the country is losing more than it is gaining by maintaining the subsidy regime. He also hammered on the importance of education especially that of the girl child as it is a necessity for nation building. He admonished the country to deal with its energy problem and endure that there is electric power in every home.

The United States Consular General in Nigeria,  Bray made a speech on behalf of the President of the United States Donald Trump. He went down memory lane about how his country achieved independence through tears and blood to achieve the liberty the citizens so cherish and will never give away.

Obioma Nzewuji who represented the federal government of Nigeria saluted the United States and congratulated the country on this occasion of its 243rd independence anniversary and highlighted the bilateral relationship between both countries and pledged that this  bond of friendship can only grow stronger.

The Carnival-like atmosphere continued into the late evening with God Bless and Ebony Band entertaining everyone to timeless tunes. There was much dancing and popular Nigerian television personality, Denrele Edun added much pep to the event as he led a group of guests on the dance floor for several minutes to the delight of the crowd.

Several celebrities, musicians, actor, actress, comedians, radio and television personalities attended the event. Also at the event were former governors, senators and members of House of Representatives as well as captains of several industries and clergy men. The list is simply endless.