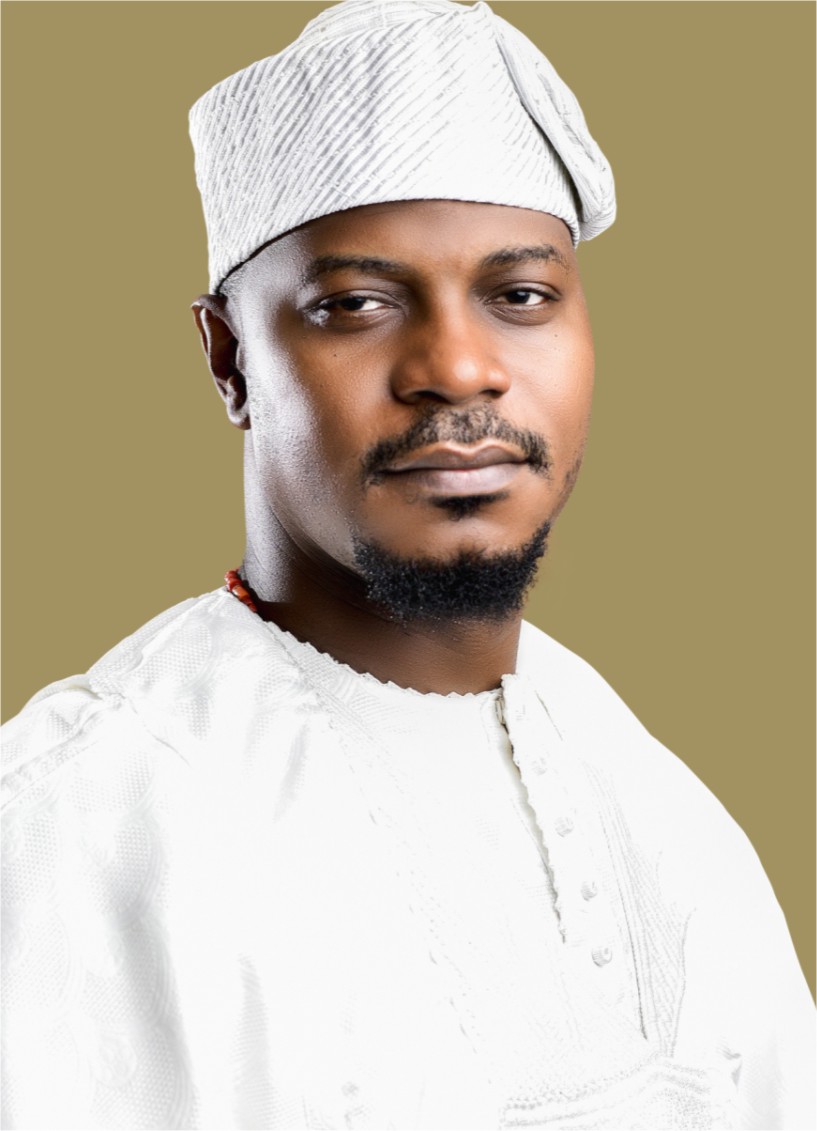 He is 39, and a beneficiary of the ‘Not too young to run’ Movement. He has consistently over the years dedicated himself to the fight against voter apathy and youth involvement in politics. His participation in the Endsars Movement, his voter registration drives and his work with Yiaga Africa, earned him the moniker ‘Mr get involved’ and the Royal African award from His royal Majesty the Ooni of Ife.

His activism, protest and debates with the then Minister of Agriculture , Dr. Akinwumi Adesina via articles in the national dailies, media appearances and protest marches he led on the Senate against the introduction of genetic modified foods ,propelled him in to national consciousness.

As an Architect, he is passionate about using architecture as a tool to solve societal and economic challenges, from his time at the Prestigious Massachusetts Institute of Technology( MIT), and his experience working with both the American and Chinese government in relation to rebuilding New Orleans after Hurricane Katrina and the Beijing Olympics respectively, to his critically acclaimed thesis on the creation of a network of waste pickers and recycling centres in Lagos.

His professional focus has consistently been on innovative and alternative construction methods to create affordable housing in Nigeria. He thrives on solving problems.

As Creative director at Spatial Tectonics, his speciality includes alternative design and construction systems that increase affordability and access to “affordable luxury”. To this end, he has designed and worked with state governments on modular buildings using repurposed containers and alternative construction methods and materials. He is also the design lead for commercial and large scale urban projects such as the Delta International commercial city. Prior to founding Spatial Tectonics, he worked in Nigeria’s top architecture firms and Franklin Ellis architects in the United Kingdom. He sits on the board of Alhuda Construction Nigeria, the Delta International Commercial City Ltd, The Rhodes-Vivour Foundation , Multi Development and Construction Corporation (MDCC Africa), BLOQUE and E-TERRA foundation.

He got his B.Arch. from the University of Nottingham, after which he worked at the architecture office of Franklin Ellis Architects, UK before proceeding to get his master’s degree from Massachusetts institute of technology (M.I.T). As his interest in politics and activism peaked, he got a second Masters in Research and Public Policy, from the political science department of University of Lagos (UNILAG). He is a practicing architect, social activist and avid writer; known for his stand against GMO’s in Nigeria and his campaign against voter apathy.

. He got his primary education at Chrisland Primary School and his secondary education at Interantional School Lagos. He proceeded to the Ecole Active Bilingue , Paris, France for his Ordinary and Advanced level studies. It was here he first got involved in politics by running in the election for student council president and scoring a landslide victory.

He went on to study architecture at the University of Nottingham, well known for the speciality in sustainability and the Massachusetts Institute of Technology. (M.I.T). Having worked with the New Orleans government on rebuilding New Orleans after Hurricane Katrina and the Chinese government in relation to the Beijing Olympics as well as international architecture firms based in the united Kingdom, Gbadebo  moved back to Nigeria for Youth Service and subsequent work in Architecture practice.

In May 2014, Gbadebo started his Anti-GMO campaign by debating the Minister of Agriculture in the national dailies as well as the Directors of the NBMA on National television. His advocacy sought to prioritize sustainability in relation to governance and decision making that encourages the betterment and independence of our Agricultural systems whilst ensuring food security and sovereignty on the long term.

‘We seek to educate, agitate and litigate, in the hope that the excesses of our current political elite be curbed before they completely sell Nigeria’s capacity for food sovereignty to the highest bidder ushering in the new wave of neo-colonization that accompanies GMO technology.’ – GRV. His campaign culminated in him leading a 2000 man march on the Senate, in partnership with environmental activist such as Nnimmo Bassey.

Disappointed by the senators response to the petition put before them, Gbadebo returned to Lagos determined to get involved with policy making and governance. He enrolled in the political science department in Unilag for a Masters in Research and public policy.

On 22 July 2016 , He contested for the position of Chairman, Ikeja Local government on the platform of KOWA Party. This experience gave him an insight in to building political structures and machineries as well as grassroots politics. It brought him to the understanding that we must meet Nigeria where she is to take her where she needs to be. Politics cannot be based on idealism rather it must be based on realities of Nigeria and the vision you aspire to achieve . He subsequently joined the opposition party, the PDP officially on 8 March 2017. He emerged the 2019 PDP Senatorial candidate representing Lagos West district.

Gbadebo challenged the results of the election at the Election petition tribunal based on wide spread targeted violence in historic PDP strongholds, He alleged that based on INEC’s declaration of cancelled results due to violence across three local governments of (94,301) was more than the (79,801) difference between himself and the APC candidate. This ought to have necessitated a rerun as was done in three local governments in the Lagos west senatorial district.

Despite the election loss, Gbadebo did not relent on his role as both an active citizen and a catalyst for transformational change. From attending public hearings, to advocating for youth involvement in politics, to his active participation in the ENDsars movement, Gbadebo epitomizes the phrase get involved. Gbadebo has been at the vanguard of youth sensitization. In his words, his plan is to demystify politics and ensure that a vibrant set of young people come fully in to politics to create a leadership class that reflect the demography and interest of the Nigerian people.To this end he leads the ourlagos movement, pushing voter education and civic engagement as well as CVR units all over Lagos to help get people get registered.  He has interest in Agro-allied commodities and general commodity trading.

What Prophet ABIARA Will Miss About His...