Home News The Woman Ex-Gov. JAMES IBORI Does Not Joke With
News 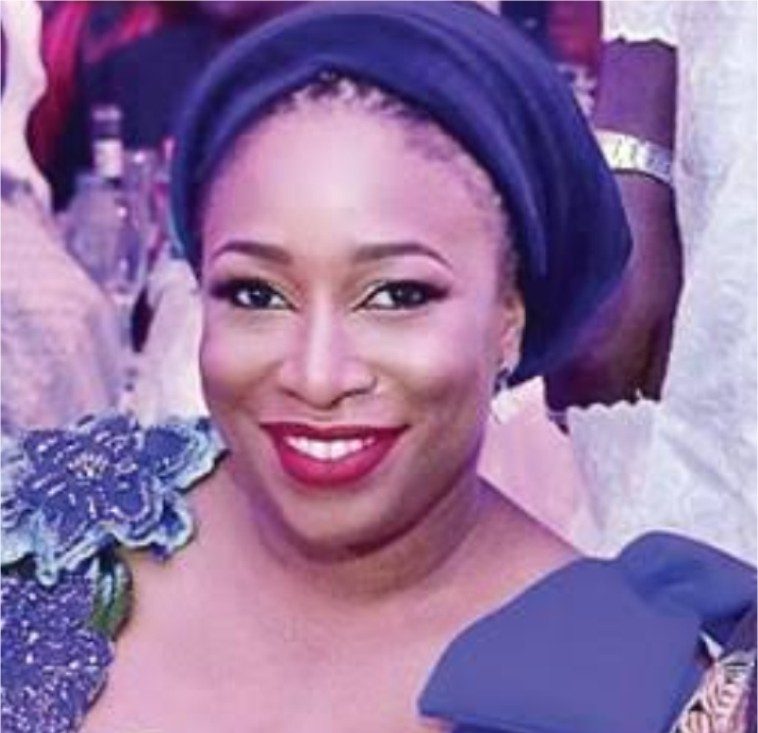 •Details Of Her Classy 40th Birthday Party In IKOYI

For Senami Sosu, life surely begins at 40. The big babe is the darling wife of Delta State ex-Governor, James Ibori. She has captured his heart for many years. The beautiful babes turned 40, a few weeks back and her husband threw a grand party, which had all the who on the social scene is who in attendance.

It is true that love conquers all, little wonder it tames and conquers the powerful politician and former Governor of Delta State, James Ibori. That James Ibori is in love with Sename Sosu-Ibori is simply stating the obvious. Senami has weathered the storm with James, and why should she not enjoy herself? Most men hardly come by such a woman. Those in the know of the lover birds relationship asserted that Senami Sosu neither denied nor betrayed her heartthrob, James Ibori, in his trying period. The ravishingly beautiful wife stayed true to Ibori while he served out his term in a United Kingdom prison.

It would be recalled that the fair-skinned University of Lagos graduate attained prominence when the embattled former governor of Delta State became an item with her, but she later quit the social arena and vanished into thin air in the wake of her lover’s incarceration. No sooner than Ibori regained his freedom than Senami reappeared in his life and the country’s sociopolitical scene.

Senami elicited infectious bliss and cheerfulness. In recent times, the gorgeous lady has been exhibiting traits of a fashion icon. And with enough money to satisfy her whims, there is, no doubt, that she as a major force has emerged on the fashion block. Despite their travails, the duo is still waxing stronger in love. They were among the guests who graced the final rites of passage of the late billionaire businessman, Capt. Hosa Okunbor, in Benin City, Edo State a few months back and many were happy to see the duo together after all that they have gone through.

On her birthday, the 63-year old Delta political strongman earlier announced and shared a picture of his Badagry-born ravishingly beautiful wife on his official Instagram page with a caption: “Happy 40th MG”. Not a few expected such a lavish celebration of Senami by her heartthrob.

Recalled that Ibori and Senami were hot items before the former governor ran into troubled waters in 2010. During the difficult time, Senami, rather than turn her back on Ibori, stayed true and weathered the storm with her lover. Even though Senami took what many called a sabbatical leave from the social hub, on his return to Nigeria, Ibori and his lovebird re-emerged on the social scene, scaling up their relationship as they later tied the nuptial knot in 2017.

Their love story dates back to 15 years ago when Senami was in her 20s. The couple met in Abuja at a private party and was introduced to each other by one of their common friends known as Tokunbo Enaboifo. Ever since then, their love has been on a roller coaster. Despite that the Ex-Governor had other wives, Sosu became the most cherished and could be tagged his only official wife, owing to the solemnisation of their relationship in 2017. Ex-Gov James Ibori showered love on Senami and took her all around the world for being loyal during his travails.

Gov ibori’s travails started when he was declared wanted by the metropolitan police of the United Kingdom and was arrested in Dubai on an international warrant on May 13, 2010. In April 2011 he was extradited to the UK for trial and was sentenced to 13 years imprisonment on April 12, 2012, by the South warm crown court after pleading guilty to 10 counts charge of money laundering and conspiracy to defraud. Life has since been on a roller coaster for Senami who now enjoys the best of a luxurious life as Gov. Iboris powerhouse. For Ibori who loves to celebrate his woman all the time, the lady who recently clocked 40 had the best of day. Her 40th birthday party was very classy.

The ruby jubilee party was attended by all the shakers and movers within the social sector. What do you expect when an influential figure like Ibori is hosting a party.It was a high octane party where dignitaries ranging from oil and gas magnates, corporate individuals, political heavyweights and other top socialites graced the classy party.

The lovebirds left no stones unturned as they have been attending events together since James Ibori’s return. They have also been seen at Mike Igbinedions party, Orji Uzor Kalu daughters wedding to mention a few.

Brainy Senami Ibori attended Queens College Yaba and graduated from the University of Lagos where she bagged a degree in English studies. Fondly called kinky by her friends,She is an indigene of Badagry in Lagos State and was working in Abuja before she fully relocated to Lagos. Her mum is Caroline Dan Anyiam Sosu.

The 63-year old ex-governor was a two-term Governor of Delta State. An ethnic Urhobo by descent and still a staunch member of the People’s Democratic Party (PDP). He is a leader in the Niger Delta region and a national figure. He attended Baptist High School, Oghareki, now Oghareki Grammar School, before proceeding to the University of Benin where he obtained a Bachelor of Science degree in Economics and Statistics and moved to London, England in the 1980s. He worked as a cashier at Wickes DIY store in Ruislip, Middlesex.

Returning to Nigeria, between 1994 and 1997, he served as a consultant to the Federal Government of the late Maximum ruler, Gen. Sani Abacha, in public policy formulation and implementation. In 1999, He contested for Governor of Delta State and won.

The Woman Ex-Gov. JAMES IBORI Does Not Joke With was last modified: March 21st, 2022 by Tayo Oyediji