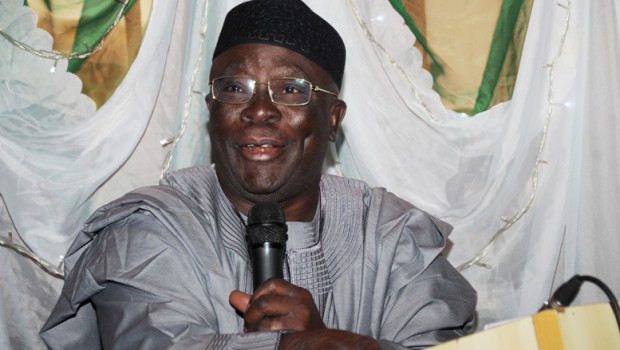 President of Afenifere, Chief Ayo Adebanjo, has insisted on restructuring of the country. In his recent interview with City People, Baba Adebanjo stated that there wont elections in 2023 except the call for restructuring ad federal system is adopted. He also added that whoever is nursing that aspiration of taking over from Buhari is wasting his time, if he feels he can get anywhere without restructuring.

Arguing that fresh developments in the country indicated that President Buhari was oblivious of happenings around him, he said he (Buhari) does not really understand the enormity of challenges facing the country.

He urged Nigerians to persuade National leader of the All Progressives Congress (APC), Asiwaju Bola Ahmed Tinubu, to prevail on President Muhammadu Buhari to urgently restructure the country to save it from imminent collapse.
“The Head of State is too illiterate to understand good leadership. You have to change this government to be effective, no matter the economic or political programme, without good leadership, the country cannot move forward.
“You can only talk to somebody who understands your language and it is unfortunate that we have a President who is not as educated as presently required for the country.
“For us to achieve progress and development in Nigeria, those who know Tinubu and all the Yoruba in APC should go and beg them to convince and pressurise the President to restructure this country now. Until that is done, we are doomed.”
He also advised that the country should jettison the 1999 Constitution, insisting that it was contributing to the increasing problems in the country.

“The 1999 Constitution encourages indolence, lack of creativity, greed, wanton struggle for positions in the centre and an attitude of begging for monthly allocations from the Federal Government.
“Our constitution is the greatest problem of Nigeria. The operation of the constitution is expensive with its attendance over-concentration of power at the centre, thereby rendering the states and the local governments impotent unlike what obtained under the 1960 and 1963 parliamentary constitution.”

There will be no election in 2023 unless… Chief Ayo Adebanjo Reveals Conditions for 2023 Elections was last modified: March 17th, 2020 by Reporter