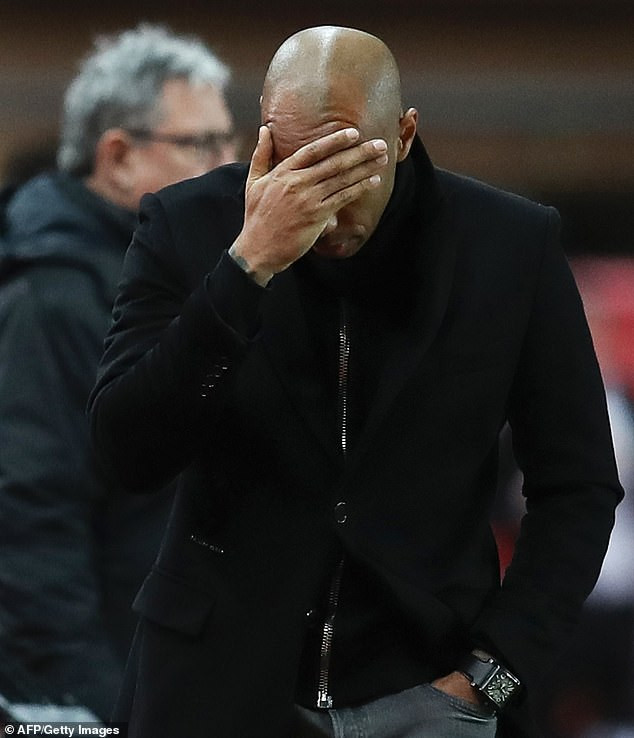 Thierry Henry‘s managerial career is reportedly set to be cut short with Monaco ready to sack him just 15 weeks after he landed his first coaching job.

The Arsenal legend landed his first manager’s job with the French club on October 13 when he signed a three-year contract until the summer of 2021. But he has only won just four of his first 20 matches in charge.

According to The Mirror, Monaco is ready to sack Henry and are lining up predecessor Leonardo Jardim as a possible replacement.

The 44-year-old took charge of 232 matches and Monaco were victorious in 125 of them, giving him an overall win percentage of 53.88. In comparison, Henry was won just 20 percent of his games so far and the club is not impressed with him.

It is claimed that Henry will be told in the next 48 hours that he is no longer the man to lead the Ligue 1 strugglers.

Thierry Henry ‘set to be sacked by Monaco’ just 15 weeks into his managerial career was last modified: January 24th, 2019 by Igbokwe John