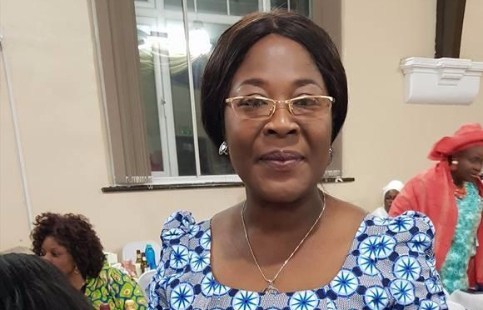 The managing director of THISDAY newspaper has announced the death of his wife, Mrs Olufunke Eniola-Olaitan.

Eniola Bello announced the death of Olufunke in a statement.

See the full statement below.

With deep pains yet thanksgiving to God, this is to formally announce the eternal transition of my friend, companion, critic, lover and wife of 23 years, Mrs Helen Olufunke Eniola-Olaitan (nee Alemeru), who died late morning of June 04 2019 at New Cross Hospital, Wolverhampton, United Kingdom after a three-year titanic battle with breast cancer.

A devoted mother, loving wife, committed friend, generous giver, passionate mobiliser and humble soul, the deceased who graduated in Business Administration at Kwara State Polytechnic and Management at Lagos State University was a banker, businesswoman, and distance-learning tutor with The Skills Network, UK.

Born August 04 1969, Olufunke is survived by her husband, four children, an aged mother as well as brothers and sisters.

Meanwhile, Delta State Governor, Ifeanyi Okowa, on Thursday condoled with Eniola Bello on the loss of his wife.

Mr Okowa in a statement in Asaba described Late Olufunke as a mother par excellence who supported the husband and family throughout her lifetime.

“On behalf of the Government and people of Delta State, I commiserate with my brother and Managing Director of ThisDay Newspapers, Mr. Eniola Bello, the entire management and staff of Thisday Newspapers, on the loss of his dear wife, Mrs Helen Olufunke Eniola-Olaitan.

“Your wife’s untiring support in an extremely busy but rewarding journalism career cannot be overemphasized. Her departure must have left you with so much sorrow.

“The late Mrs. Eniola-Bello was a mother per excellence and a huge pillar of support to her husband and played the role of a mother, mentor and role model to many whose lives she touched in different ways.

“As we join the Eniola Bello family and the entire Thisday Newspapers to mourn her peaceful passing, we pray that the Almighty God grant her soul eternal rest and may God grant the family the fortitude to bear this irreparable loss,” the governor said.