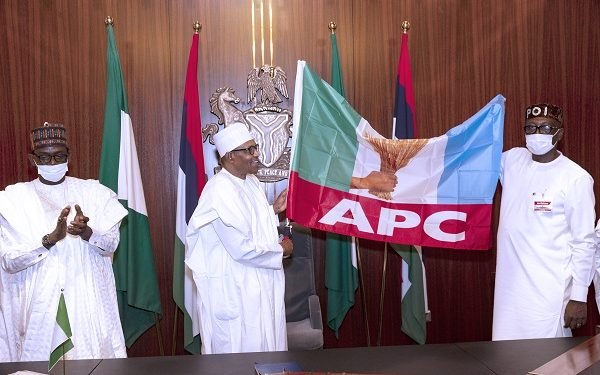 There is a fierce battle among various interest groups jostling to produce the national chairman of the All Progressive Congress, APC ahead of the February 26 convention. APC governors and lawmakers are said to be sharply divided on the mode of primary to adopt to elect the third substantive national chairman of the party and other executive members. While some insist on direct primary, despite the fact that efforts to include it in the amended Electoral Bill suffered set back as President Muhammadu Buhari vetoed the bill and returned it to the National Assembly, some powerful forces within the party are bent on the mode, arguing that if the party could adopt direct primary to elect Buhari for second term election in 2019, the party should adopt the same in February.

it was gathered the faction of the governors have expressed a preference for indirect primary, knowing full well that they have absolute control of delegates from their states that will vote at the convention while another group is routing for consensus option to avoid crisis after the convention. President Buhari’s pronouncement during an interview with Channels Television that he has a favourite among the presidential aspirants has made many stakeholders uncomfortable with consensus option or affirmation, which may impose the President’s “favourite” aspirant on the party.

This is the premise of concern that has gotten Asiwaju’s boys in power to sit up and contend with the existing system, knowing fully well that the style of primary will be determined by the chairman who will assume authority in February. The race to field a suitable candidate for the chairmanship has now begun.

Currently, there are 11 aspirants jostling for the post but there are 4 major contenders, who have been favoured ahead of the rest. The 11 aspirants have been going around the country to sell themselves to members of the party. They include former governor of Zamfara State, Abdulaziz Yari, former Governors of Nasarawa State, Senator Abdullahi Adamu and Tanko Al Makura. Borno State also has two on the list, former governors Ali Modu Sherrif and Senator Kashim Shettima. Former Governor of Benue, Senator George Akume, former governor of Bauchi, Malam Isa Yuguda, former governor of Gombe and Senator Danjuma Goje. Others include Senator representing Niger State, Sani Musa, Sunny Moniedafe from Adamawa State and Alhaji Salihu Mustapha from Kwara State. But sources within the party disclosed that critical stakeholders in APC are already beaming their searchlights on aspirants from the North-Central.

Of the four candidates that are likely to emerge from the bid in February, it is affirmed by a reliable source that Asiwaju has closely-knitted relationship with two of them. In the same manner, while the lawmakers are rooting for two candidates, the governours are also tipping two other candidates.

A few days ago, some of Buhari’s boys under the umbrella name of Stakeholders of the All Progressives Congress claimed that they have adopted Mallam Saliu Mustapha, as the zone’s unity candidate for National Chairman ahead of the party’s convention in February. Mustapha is a former deputy national chairman of the defunct Congress for Progressives Change (CPC).

The 49-year-old Mustapha is said to be the youngest of the aspirants vying for the position of APC’s national chairmanship. He is a long-standing ally of President Muhammadu Buhari right from the latter’s days in the defunct All Nigerian Peoples Party (ANPP) through to the CPC. On the other hand, Asiwaju Bola Ahmed Tinubu has also thrown his weight behind Chairman, Senate Services Committee, Senator Sani Musa, Niger East. Asiwaju reportedly visited Senator Musa in his Maitama, Abuja residence, and assured him that the contribution he made to the party will not go in vain. According to Tinubu, Senator Musa will surely be rewarded by the party following his contributions to the success of the party in 2015.

Asiwaju and his boys within the APC believe that Congress for Progressive Change, CPC, bloc, has dominated the polity through the patronage of the defunct party’s founder, President Muhammadu Buhari, and are hell-bent sensitive about remaining relevant after 2023. This, according to reliable sources was what led to the emergence of CPC’s only former governor, Senator Tanko Al-Makura, and the 49-year-old Saliu Mustapha as the top contenders in the national chairmanship race. A source in the old CPC bloc was also quoted as saying, “We cannot fold our hands and allow Tinubu get the presidency and also get the National Chairman”

Asiwaju’s alleged candidate, Sani Musa is a 54-year old lawmaker representing the Niger East senatorial district in the upper chamber of the National Assembly is believed to have the support of some strong forces in the party, especially a presidential aspirant that is already making waves across the country. Fondly called, “Sani 313” by his political admirers. The chairmanship hopeful represents the new political yearnings.

In the cold war raging between the CPC and Pro Buhari and the CAN and Pro Asiwaju, the selection of delegates for the event, which is slated for February 26, 2022, may be another source of crises in the party given the factionalisation of some state chapters. While Buhari’s boys are calling for a consensus, Asiwaju’s boys are kicking against it

In some states like Kano, Kwara, Gombe and Zamfara, some camps are loyal to governors while others are led by some party chieftains. On the other hand, Former governors of Borno and Benue States, Sen. Ali Modu Sheriff and Sen George Akume were gathered to have kicked against consensus.

The concern among those of the CPC bloc is that with Mr President out of the way in 2023, the party would effectively be in the hands of those from the defunct Action Congress of Nigeria, CAN. Without a consensus arrangement, Tinubu is likely to have his way at both the February 26 APC National Convention and its forthcoming presidential convention. And yet again no one can predict the Jagaban.

Both Akume and Shettima are seen as close allies of Tinubu. While Shettima has not come out to declare interest in the national chairmanship, Akume is strongly in the race. Nobody understands Tinubu’s joker.

By and large, the current political calculations are going in the direction of Asiwaju, and the cabals are getting worried by the day. Every modality that has been fashioned out to tame the Kingmaker eventually turns out to favour him. Should the cabal fail to clinch the chairmanship slot in a matter of weeks, Tinubu’s supporters will deliver the presidency to him through consensus, indirect or direct party primaries.

READ ALSO: WHY I STILL WANT TO MARRY AFTER MY FAILED ATTEMPT – ACTRESS, BIMBO AKINSANYA

Why I Still Want To Marry After My Failed Attempt – Actress, BIMBO AKINSANYA