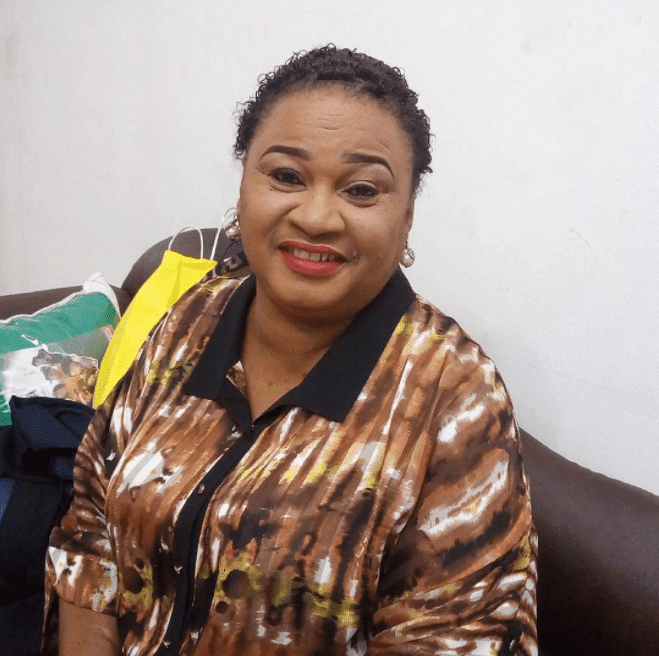 Racheal Oniga is now the face of Meritabode, a property company. Last week, Meritabode unveiled the pretty actress at an event. The Managing Director of Meritabode Nigeria Limited, a real estate company, Mr Oludotun Oseni, has stressed the  importance of owning a house or a piece of land. He made the observation  at the presentation of gifts to  winners of the company’s promo and unveiling of a new brand ambassador for the firm,  Chief Racheal Oniga.

Mr. Oseni,  said that it was  important that Nigerians should regard  owning a house a basic necessity or  an investment without any regret, adding that  people should  buy land in the  right place and from a trustworthy company. He emphasised: “Meritabode is your reliable partner when it comes to owning landed property.

He further said that Meritabode  had decided to identify with people who  had not dented their image or  stained their credibility and had  sustained their integrity in their industry. Meritabode  would not have gone  far if  its management  lacked intregrity in its industry. “We understand that we would not have gone this far if we lack integrity and credibility. Our passion to create a positive difference through engaging qualified hands who could build  a strong foundation of trust and high respect for the company”.

The actor, however, said Meritabode was different from others. He said, “I accepted to be an ambassador of the company for a few reasons. In my two years stay in Meritabode, I have not heard of any challenge that its management has rejected or refused to fix. They are very honest and reliable, we went abroad together and Nigerians lamented how observation at in an attempt to acquire land property in Nigeria.

Oseni said there was lucrative as real estate globally. “I urge people to invest and stop dealing with fraudsters.

Racheal Oniga said: “I believe in credibility and honesty and anybody that I am doing business with has to be that. As a famous person, you do not want your name to be tarnished in dealing with anybody. I made my research the importance and I realised that Meritabode company is credible and honest in all their dealings with their customers I don’t observation at the firm as a brand ambassador.