TStv set to roll out November 1, offers 5,000 decoders for free 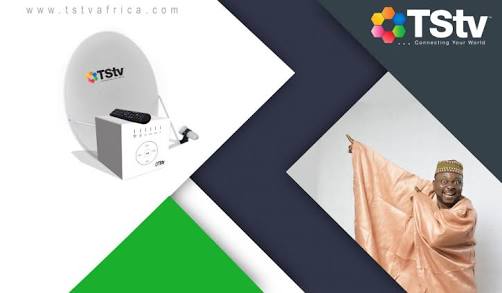 TS tv , Telecom Satellite Television, has announced that it would commence commercial roll-out of its decoders to Nigeria ns by November 1, 2017.

He said from Monday, 5,000 decoders would be given to customers for free in selected states and the nation’s capital.

Echefu added that the decoders would also be installed for free to enable them test the strong signal and services of the new pay TV.

He explained that the delay in the commercial deployment of decoders to customers was to prevent sabotage by unscrupulous elements who would want to frustrate the company.

His words: “We have not commenced commercial sales of our decoders because we are aware of the fact that we are running a business easily frustrated by competition.

“We had applications from over 3,000 individuals who want to be our dealers, so far we have cleared about 750 of the dealers.

” We are currently conducting due diligence checks. We do not want a situation where individuals posing as dealers buy up our decoders and go dump them somewhere.”

Bright Echefu added that within the next two weeks, the verification and full accreditation of dealers would be completed and the decoders would be rolled out.

TStv introduces the Pay-as-You-Consume model, an option other providers had insisted was not possible, arguing that they bought the contents they relay as a whole and not in bits.

These will be distributed on the ABS 3A Africa beam, located at 3 degrees west, beginning with 100 channels.

Running on 4.5G network, every subscriber will get 20G of data for N3,000 monthly. The data can also be used for video calls conferences with camera and WiFi.

The TStv decoder has 50GB hard disk to record TV programmes and a pause/play function.

Echefu had during the signing of the multi-transponder agreement with their ABS partner, said their services would offer viewers the experience of HD and SD video, internet services, broadband, TVand radio, at a very affordable rates.

“What makes the project unique is that it would start with 100 channels of local, regional and international programmes in Yoruba, Igbo, Hausa, Ghanaian, Sierra Leonean, Liberian languages, among others”, he said.

Echefu noted that TStv has the right content and premium product to satisfy the growing demand of Nigerians.

“It would assist ABS take Nollywood and Sport to great heights. Their sport channels is the bomb! EPL, La liga, and Champion League are amazing!

“With TStv, you don’t need to pay subscription monthly or periodically. You pay as you consume.

“It is the first Nigerian TV to launch a pay-as-you-consume, so you can pause your subscription whenever you are travelling.

He assured citizens that TStv will “ensure that their yearnings about pay TV are met”.

“We are here to provide the best products and services. We urge every one to get their decoders and start enjoying sports, news, movies, documentaries, soap operas and others”.

TStv Africa aims to cover all 36 states in Nigeria, but launches first in Lagos, Abuja, Port Harcourt, Owerri and Kano

How I Started UNIQUE Motors 11 Years...

How The Chinese Are Killing Local Adire...