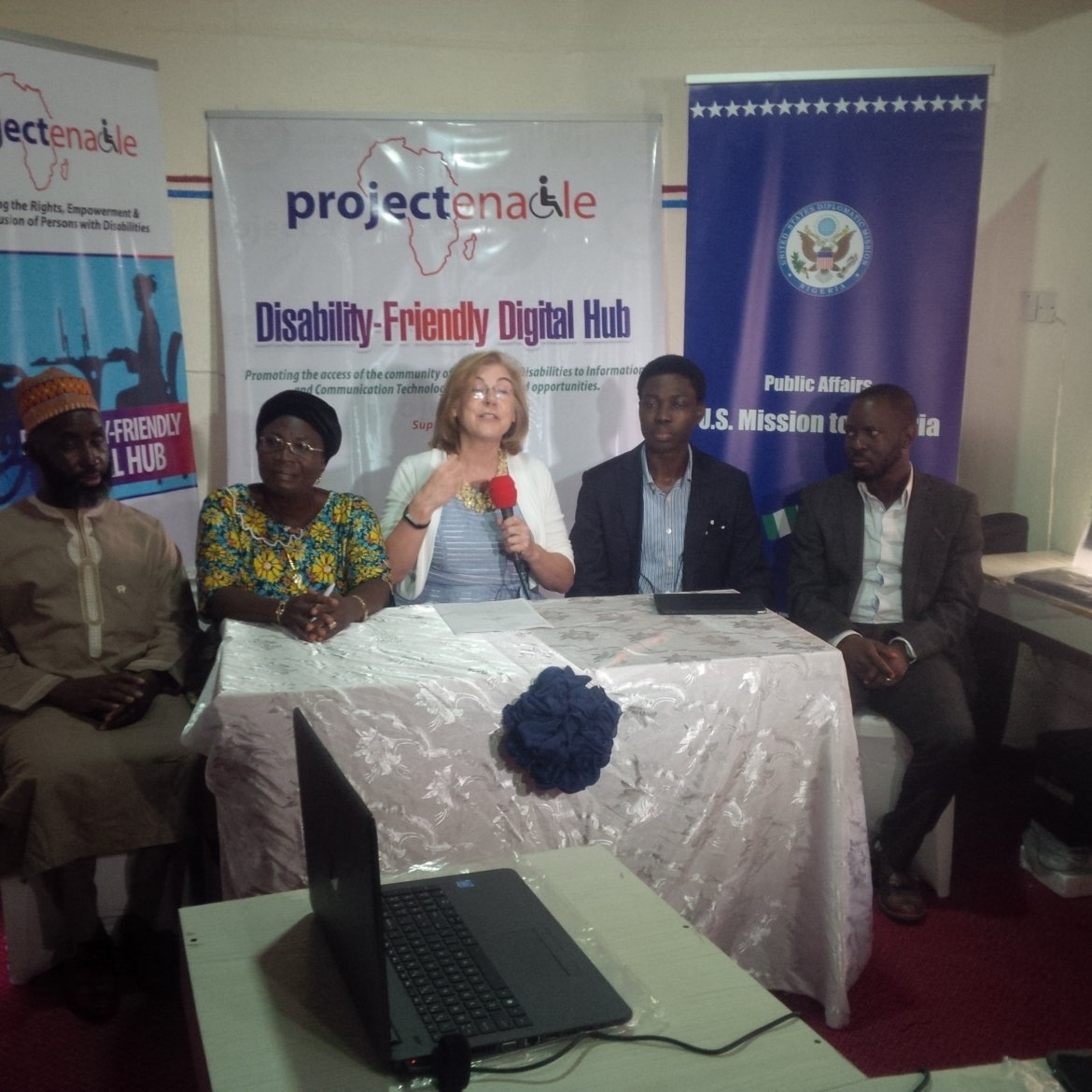 A digital hub for the disabled was yesterday unveiled by the United States mission in the Nigeria. Located at the Lagos office of Joint National Association of Persons with Disabilities (JONAPWD), New Oka Agege in Lagos State, the disability-enabled hub was unveiled by the Acting Consular General of the United State, Ms Darcy Zotter. She was joined at the unveiling by the administrators of Project Enabled which conceptualised the project and of course members of the disabled community as represented by JONAPWD. Also present were government functionaries who work on disability issues.

Project Enabled set up the centre with U.S. Government Alumni Engagement Innovation Fund of $25, 000. The United States Consulate General in Lagos also provided additional funding of $4,401 to keep the digital hub running. There was also the assistance of Chapter Hotel which allowed the digital hub to be situated in its property.

Speaking at the event, Acting Ms Zotter explained that promoting disability rights is an integral part of promotion of human rights. She added that discrimination against people with disabilities is not only unjust but hinders economic development and limits democracy and social cohesion.

The promoter of Project Enable, Mr. Olusola Owonikoko, a 2016 Mandela Washington Fellow and 2014 Fellow of the Carrington Youth Fellowship Initiative (CYFI. Through the Alumni Engagement Innovation Fund, 68 grants of up to $25,000 each were awarded in 2017 to U.S government exchange alumni teams worldwide, including Project Enable, to support their public service projects..

Owonikoko says the digital hub seeks to promote the empowerment and social inclusion of persons with disabilities. It will provide volunteer opportunities to young people with disabilities while serving as a centre for their continuous development in entrepreneurship.

The Chairperson of the Lagos chapter Mrs. Adedoyin Beyioku-Alase of JONAPWD was thankful to the United States for financing the project and believing in the entrepreneurial spirit of the disabled while also heaping praise on Project Enable for the conceptualizing it and getting funding from the U.S government to set it up.