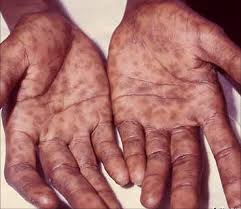 Dr. (Mrs.)  Mamuna Akhaze, a Gynaecologist/Matrone at St. Ann Private Hospital, Surulere, Lagos, has disclosed that women who are pregnant and suffering from any sexually transmitted diseases STDs), especially Syphilis may pass on the virus to their unborn babies, as pregnancy does not provide women or their babies additional protection against STDs.

She said women who are pregnant can be infected with STDs, which is also known as Veneral  Diseases just as women who are not pregnant, noting that many STDs are silent or have no symptoms, therefore, women may not know they are infected.

Dr. Akhaze explained that Syphilis is one of the greatest scourges ever to hit the human race which was apparently unknown to Europe and Asia, even to Africa until the 15th Century.

She further explained that the results of Syphilis or other STDs like HIV, Gonorrhea which are also majorly related to Sex can be more serious, even life-threatening for a woman and her baby if the woman becomes infected while pregnant. It is therefore, very important that women should be aware of the dangerous effects of these diseases and protect themselves and their babies against infection. “Sexual partners of infected women should also be tested and treated,” she said.

Akhaze pointed out that an infected mother passing her sexual transmitted disease to her developing baby during pregnancy can lead to critical health problems. According to the Gynaecologist, “Syphilis can lead to stillbirths, premature births and even death in some cases. But untreated infants that survive soon after birth, tend to develop problems in multiple organs, such as brain damage, the bones of the child will appear somewhat deformed, the liver and spleen enlarged. And the child may have trouble with the eyes, ears, heart, skin, the baby’s teeth and gums may also be deformed, he may have a “saddle nose,” as well as sores at the corners of his mouth. His teeth may be sharp and pointed and his eyes scary and often there is considerable damage to the nervous system which perhaps causes the child to be retarded both mentally and physically,” said Dr. Akhaze.

She stressed that some of these problems may be seen at birth while others may not be discovered until months or years later. On the causes of syphilis, Akhaze disclosed that Syphilis is caused by little Corkscrew-shaped germ called Spirochete. “This tiny germ is transmitted from one person to another mainly through sexual contact. But in a few cases, syphilis is acquired through contaminated materials and even through injections or blood transfusions, if the germs are present in the blood.”

She further disclosed that in the male, there may be a painless sore on the penis lasting several weeks, while in the female there may be a sore deep in the vagina but because there is no pain, the woman may not be aware of it.

“This early primary wound or sore is known as Chancre. At first, the germs are confined to this stated area. Later they invade the blood stream and are carried to all parts of the body, perhaps causing a mild rash on the skin that fades in a short time. This is the secondary stage,” she said, adding that the disease may then remain for a long period of time hiding, where it can be discovered only by a suitable blood test.

“In the late stage, turmours or swellings may appear in various parts of the body and there may be severe inflammation and degeneration.” She said, adding that the nervous system is often affected with disastrous results. She therefore advised that many of these patients may then have to be taken or confined to a Psychiatric Hospital because syphilis damages the brain and spinal cord. This situation, according to her, is known as general paresis of the insane and it results in serious headaches, loss of memory, tremors of the lips, tongue, fingers, and hands, changes occur in the pupils of the eyes.

Screening for syphilis should be performed in all pregnant women during their first prenatal medical visit, according to Dr. Akhaze, and repeated in the third trimester, she said, if the patient is considered to be at high risk.

“It is well known that infection with an STD can make it easier for a person to get infected with syphilis. But most of these problems can be prevented if the mother receives regular medical care during pregnancy,” she said. And this, according to her, includes tests for sexually transmitted diseases starting early in pregnancy and repeated close to delivery as needed.

According to Dr. Mamuna Akhaze, any disease as serious as this must be treated under the expert medical direction or a reputable doctor. But she concluded, large doses of Penicillin will usually destroy the germs of syphilis, particularly during the early stages of the disease. Treatment, she said, should be started the moment Syphilis is detected.

“I HAVE LIVED WITH ENDOMETRIOSIS SINCE AGE 13” • Beauty Queen, NIKE OSINOWO Opens Up

I First Met My Wife, MODUPE, As A Toddler In 1961, Justice OGUNTADE