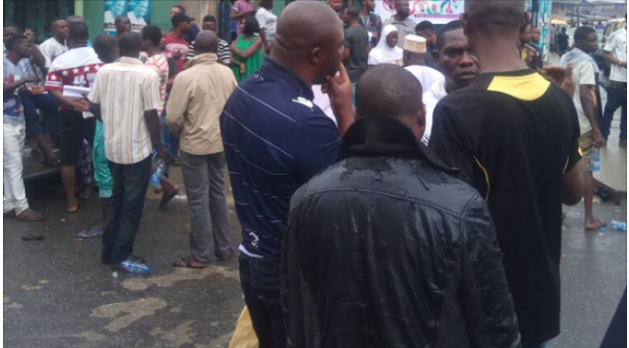 Security agencies had marked the LCDA as a flashpoint.

A witness at Adegbite area of the council told our reporter that the suspects chased away voters at unit 031 and hijacked the electoral materials.

“I came down here to exercise my rights. We were patiently waiting in the queue when these people got here,” he said.

“They slapped the electoral official in charge of the unit and ordered him to bring out the ballot papers. As I speak to you, they are busy thumb printing. I have also been informed that some other polling units in this area were affected. They hijacked materials at Anuoluwapo, the same thing happened at Ahmadiya and Railway line.

“We were told that there would be enough security personnel on the ground but nothing of such. I regret leaving my house to come here.”

A woman, who refused to disclose her identity, also narrated her own encounter.

“The exercise was going on peacefully. People trooped out in their numbers after the election,” she said.

“Suddenly, the thugs broke into our polling units and ordered the LASIEC officials to hand over the ballot papers to them.

“Some fled with the ballot box, while others remained there to thumb print, we all ran for our dear lives.”