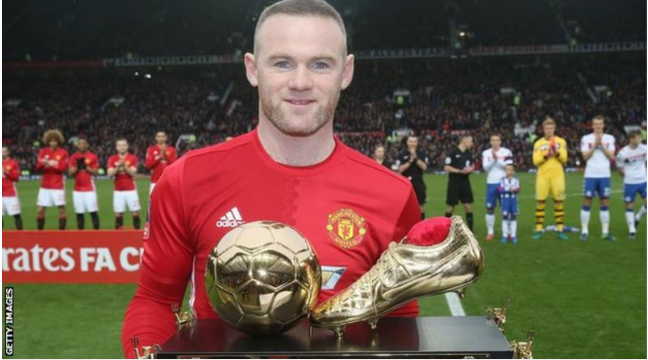 Manchester United boss, Jose Mourinho has boasted about captain Wayne Rooney not be leaving the Old Trafford this season.
The 31-year-old broke United’s goalscoring record on 21 January at Stoke and made his 28th appearance of the season in their FA Cup fourth-round win over Wigan on Sunday.
But England’s record goalscorer and skipper has been linked with a move to the lucrative Chinese Super League.
Mourinho also said winger Ashley Young will be staying at Old Trafford.
Following Sunday’s win, Mourinho said Young was the only player who could leave this month and the 31-year-old has been linked with moves to Everton, West Brom, Watford and China.
But the United boss has selected the former England international for Wednesday’s Premier League game against Hull.
“It’s finished, he [Young] stays with me until the end of the season,” said Mourinho.
The Portuguese also said that Rooney will be remaining at old Trafford for the rest of the campaign, adding: “We don’t have players in, we don’t have players out.”