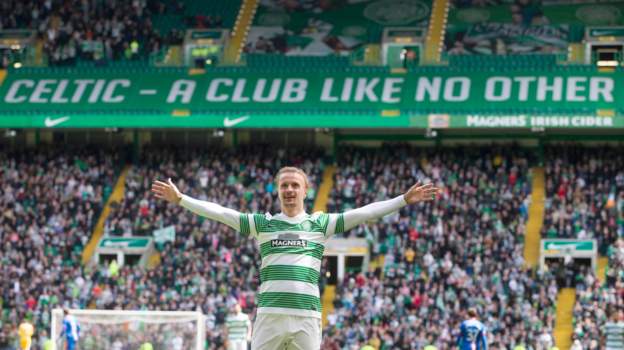 Celtic boss Brendan Rodgers has spoken to the press and seems pretty calm about the huge stars heading to Celtic Park.
“It should be a great spectacle. In these games, the attitude is everything.
“If you think too emotionally about who is in the team, it will become a different game. PSG were put together to win this competition – Neymar and Mbappe, they are world class players.”
When asked how his team will approach PSG, Rodgers said: “For us, we have the courage to play with pressure and I am really looking forward to seeing that.
“We have to be educated in our pressure but I am interested to see how we play on the counter attack too.”
And on team news, his response was that Leigh Griffiths is available again having missed Friday’s 4-1 win over Hamilton Academical.
However, Tuesday’s game is likely to come too soon for fellow striker Moussa Dembele, who last played in July.

‘We have courage to play with pressure’ – Celtic Manager Rodgers was last modified: September 11th, 2017 by Damilare Salami