Why 1st Lady, AISHA BUHARI Is Solidly Behind TINUBU 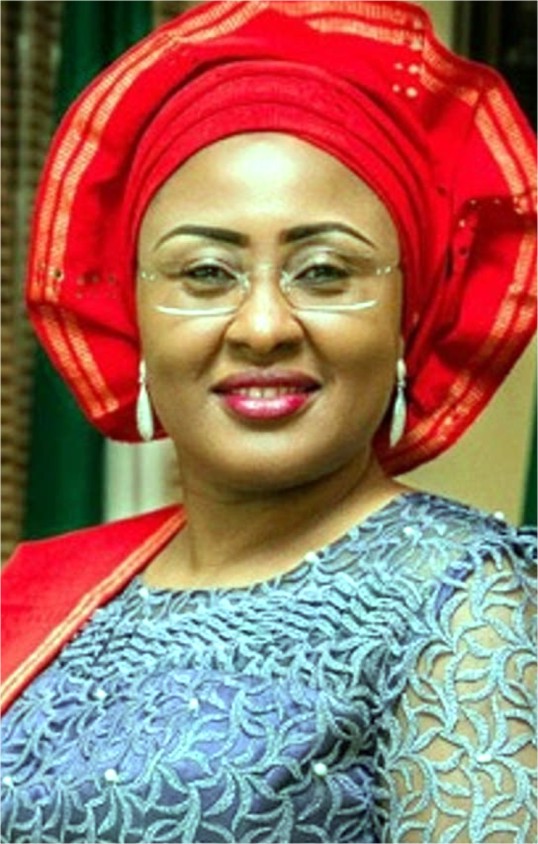 Almost three weeks ago, the APC Women Campaign team took off, with the wife of the president, Aisha Buhari, leading the pack as the Grand Patron. It was an ecstatic Aisha Buhari, who stood proudly before the hundreds of women inside the hall, dancing and cheering, urging the women to go out enmasse to gather support for their candidate, the APC presidential flag bearer, Asiwaju Bola Ahmed Tinubu.

A former member of the House of Representatives from Borno State, Asabe Villita was appointed the National Coordinator of the team with Lauretta Onochie, an aide to President Buhari, as her deputy.

Many were surprised to see the first lady so animated, freely exchanging pleasantries with other women, leading from the rear and exuding so much energy and confidence in the Asiwaju for presidency project and getting on her feet a couple of times to lead standing ovations for Tinubu who was making a speech while addressing the women. She even joined in the thunderous chants of “Jagaban! Jagaban!’, which kept punctuating his simple but impressive speech. She was indeed happy Asiwaju was the party’s candidate. She clearly has full confidence in him. And she left no one in doubt that she would do everything within her power to ensure that come next year, Asiwaju Bola Ahmed Tinubu will become the next president of the Federal Republic of Nigeria.

For those who have closely over the years, the cordial relationship between the first lady, Aisha Buhari, and the party’s presidential candidate, Bola Tinubu, her full support, enthusiasm and commitment to see that her husband, President Muhammadu Buhari, hands over power to Asiwaju and no one else come next year, will come as no surprise. This is because Aisha has never concealed her admiration and support for the man who was there for her husband about nine years ago when he had lost all hopes of becoming president. Recall that then General Muhammadu Buhari had taken three previous shots at the presidency and failed to realize his dream of becoming a democratically elected president of Nigeria. And according to his wife, the agony of defeat after three failed attempts at becoming president greatly affected her husband mentally. She made this shocking revelation while speaking as special guest of honour at the ground-breaking ceremony for the Armed Forces Post Traumatic Stress Disorder Centre (AFPTSDC) initiated by the Mrs. Lucky Irabor-led Defence and Police Officers’ Wives Association (DEPOWA). The first lady said she suffered the consequences of PSTD at an early stage in her marriage to the president. She even went to chide politicians, who lost primary elections recently and had become almost inconsolable, with some making themselves unreachable by switching off their phones.

She once admitted too that, sometime ago, that she too had given up on her husband’s presidential ambition. She was by his side all through the three previous attempts and didn’t think he would fare any better with a fourth attempt. But it was Asiwaju who convinced her, after persuading Buhari to go for a fourth attempt, that the “this one will be different because he was going to take charge and do everything to make sure Buhari succeeded.” And that was exactly what happened. Despite all the odds, President Muhammadu Buhari won the presidential election with the help of Asiwaju who not only gave him the APC platform to prosecute his ambition but also offered him his humongous political structure spread across the country and enormous political war chest. From that moment on, both the president and his beautiful wife, Aisha, have been eternally grateful to Asiwaju Bola Ahmed Tinubu.

A source close to the presidency revealed to City People that everyone knows how much the first lady respects the man called Jagaban. ‘She accords him tremendous respect,’ said our source who craved to remain anonymous. ‘If you recall, during the early days of the Buhari administration, she cried out at some point that some hawks had hijacked her husband’s administration and that those who actually worked for her husband’s electoral victory had been shut out of the government by some powerful forces who formed rings round the president, making it impossible for others to have access to him. It was Asiwaju she was making a case for. She was not happy that the man who helped her husband become president no longer had access to him. This was at the time many had noticed that Asiwaju was no longer a frequent visitor at Aso Villa. And when the APC primary election drew near, only insiders like us know the role she played to ensure that all the presidential aspirants had a level playing to contest for the APC ticket. When the president was put under pressure to endorse a candidate as his anointed candidate, she stood her ground and insisted fairness and equity must prevail, reminding her husband that, more than any other candidate, Bola Tinubu deserves their support and that it would amount to an act of betrayal if he, the president, shut his doors against and opt for another candidate.”

The source added: “It was not an easy battle for her as there was also mounting pressure on the president from within his inner circle to shut out Tinubu and go for somebody they were sure would do their bidding if he got into office. At a stage, Aisha took it upon herself to approve of who the president could see and who he couldn’t see, all in a bid to stop some particular people from getting to him to convince him to leave Tinubu out in the cold. She really tried for him. The first lady stood her ground and succeeded in pressuring the president not to give in to anointing any candidate. Left to Aisha, if any candidate deserved to be anointed at all, it is Tinubu.”

One of the reasons why the first lady has also stood solidly behind Asiwaju and supporting his presidential aspiration is that he too, has also been supportive of her first lady projects. He has been of tremendous help, offering her numerous projects huge financial donations whenever he was called upon to support a cause for which the first lady has been eternally grateful. For the first lady, she is not doing anything out of the ordinary by throwing her weight behind the aspirations of Asiwaju, she is only doing what is morally right, supporting and standing by a man who stood by her husband when no one else believed in him.