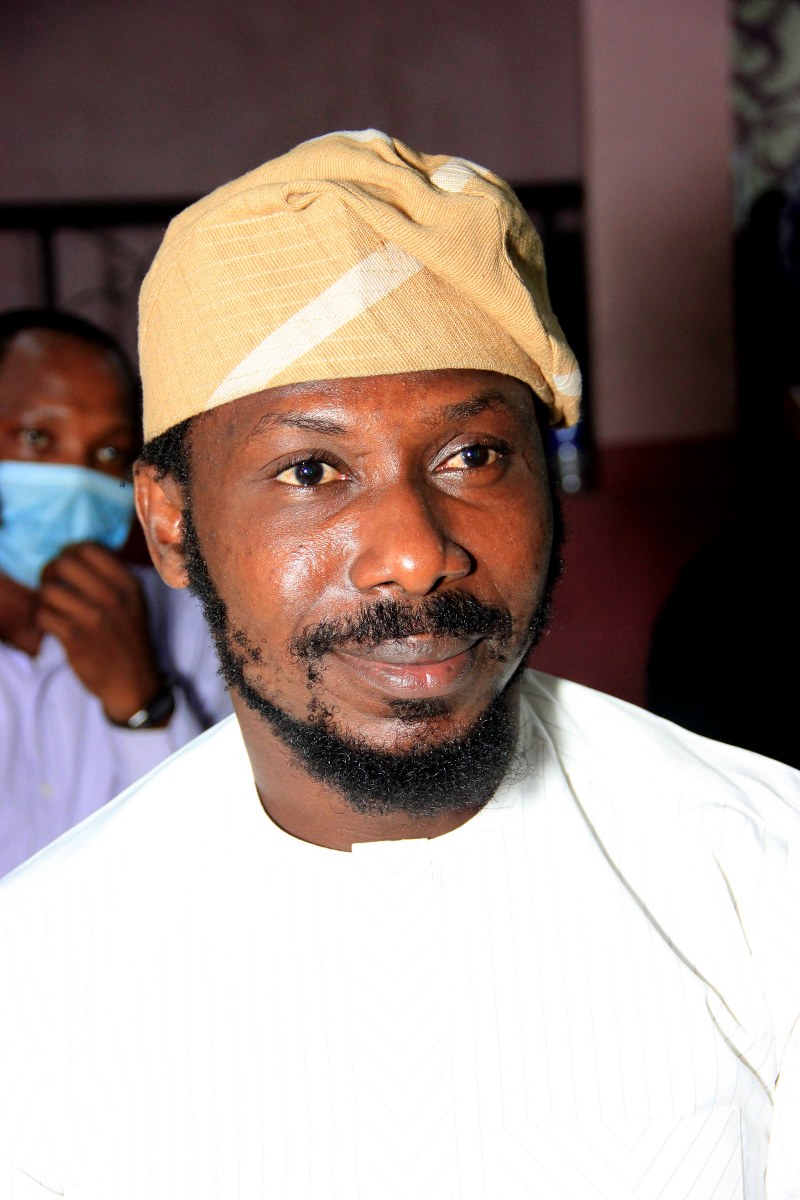 The name Funso Oduntan may not be popular like the face that carries it, that is because he is popularly known as Toronto in Kosofe Local Government, his place of abode. Hon Toronto as he is fondly called is a man of many faces. He is a young, dynamic and active humanitarian and philanthropist. His humanitarian activities made the people to plead with him to join politics and this is because the political platform would afford him the opportunity to touch more lives even as an individual.

Mr Funso Oduntan is a realtor per excellence, businessman and politician who has made the grassroots his place of primary assignment and Kosofe his practical field of assignment. Mr Odutan has been supporting different political leaders since he joined politics and he has always been a part of the winning team. A lot of people have asked him why he is not running for any political office yet and why he has enjoyed supporting people and seeing to it that they eventually emerge as winners.

In this exclusive interview with City People’s Brands Editor, DAMILARE SALAMI 08155134152, Mr Odutan revealed why he’s not keen on running for any political office yet among several other interesting topics. Below are excerpts from the interview, enjoy.

Mr Toronto, can we talk about your political antecedents in Kosofe Local Government?

Apparently, I started politics in Kosofe local government as a rookie in 2017 and in 2018 I showed my interest in running for the house of assembly and in 2019, I pull all my weight behind Hon Sanni Gani Okanlawo who eventually emerged. It was a great feat for us and a great experience for me personally and it’s been fun all the way. I’ve worked with different aspirants from the incumbent Senator Abiru who emerged after the death of Senator Bayo Oshinowo aka Peperito. By the grace of God, I worked closely with our present chairman and he has been active all the way to make sure that the glory of our party, APC is felt in Kosofe as a whole.

2017 is not too distant a time but the experience has been enormous. Would you like to tell us what prompted you to join politics?

What prompted me basically is service, service to the people and humanity. Apparently, I’ve been a community person from day one, from Gbagada to Ifako and environ, we’ve done different activities community-wise and they deemed it well along the that I would do well in the field of politics in other to have a wider touch on the people and with that, I got encouraged to join politics and ever since, it has been APC and we’ve not looked back.

You appear to be a core grassroots politician. Why did you decide to play your politics at the grassroots level?

Politics is local and anyone that’s going to do politics and is not doing it at the grassroots level is not ready to do politics. Your people must feel your impact. There’s an adage that says that charity begins at home and the holy bible also says that the husbandman must be the first partaker of the fruits. So the people that you represent must feel your impacts first before other categories of people. Therefore, politics, first of all, is local and it’s at the grassroots; so, it is for the people, by the people and to the people.

How did you get your nickname Toronto?

Before politics, what were you doing?

And what I’m still doing right now… I’m a realtor, a businessman and I have my hands in the real estate business. My company is fairly doing well in real estate, that’s all.

Politics and real estate are two different and difficult ventures to combine. How are you able to do this so effortlessly?

It’s been tedious I must say, but when you have a round peg in a round hole, it seems to be easy. I have good people around me to take the pressure off me. I have very good hands that work with me in the real estate business and when it comes to politics, its service, it is something you shouldn’t get tired of no matter how stressful it may be. You need to be ready and be happy to serve no matter how tedious it may be. By the grace of God, we’ve been able to put it together, it’s not been easy but it is important to also state that people that need to go into politics are the people that are engaged. They must have something they are doing already and are very successful at it. You shouldn’t come from nothing to say that you want to serve the people. I have been using my resources at the community level. We are not new to the community, we’ve done free eye tests at some points to the whole of Kosofe, during the COVID-19 pandemic, we did palliative so, we’re used to giving back to the people. Politics is just a name given to the activity; it is actually a way of life.

Politically, what are we expecting from Hon. Toronto? You haven’t run for any political office, why?

I must say this when you are in terrain, you need to study that environment very well. We have great hands in Kosofe right now, in the person of Hon Ganiu Okanlawon that we are pulling our weights behind for a second term in office and we need to take it one step at a time. When it comes to the chairman, we have a very young, vibrant and capable man who is also doing wonders for the people of Kosofe. So, I believe that with time, the tide will also swing to another side which will also be the right side.

Why are you routing for Hon Okanlawon so much, you’ve mentioned his name a couple of times in the course of the interview?

I will say that he is the people’s man, he’s a grassrooter and I identify with him from the days of the late Hon Bayo Oshinowo (Peperito) and he hasn’t failed. He touches the base with his people, he loves his people and he stands for his people. What is leadership all about? Representation and he’s doing it beautifully well. So, why won’t anybody want to support a man like that? Take a look at him and the synergy between him and the LG chairman, Barrister Moyosore Ogunlewe, it’s fantastic and nobody wants to change a winning team. Barrister Moyosore stands for the young people, he’s giving hope to the people and his generation and honestly, I would want to stand by him over and over again.

Why I Am Not In A Hurry To Run For Any Political Office In Kosofe – Hon Toronto was last modified: December 21st, 2021 by Damilare Salami