Why I Usually Take Up Wicked Roles In Movies – Star Actress, PATIENCE OZOKWOR 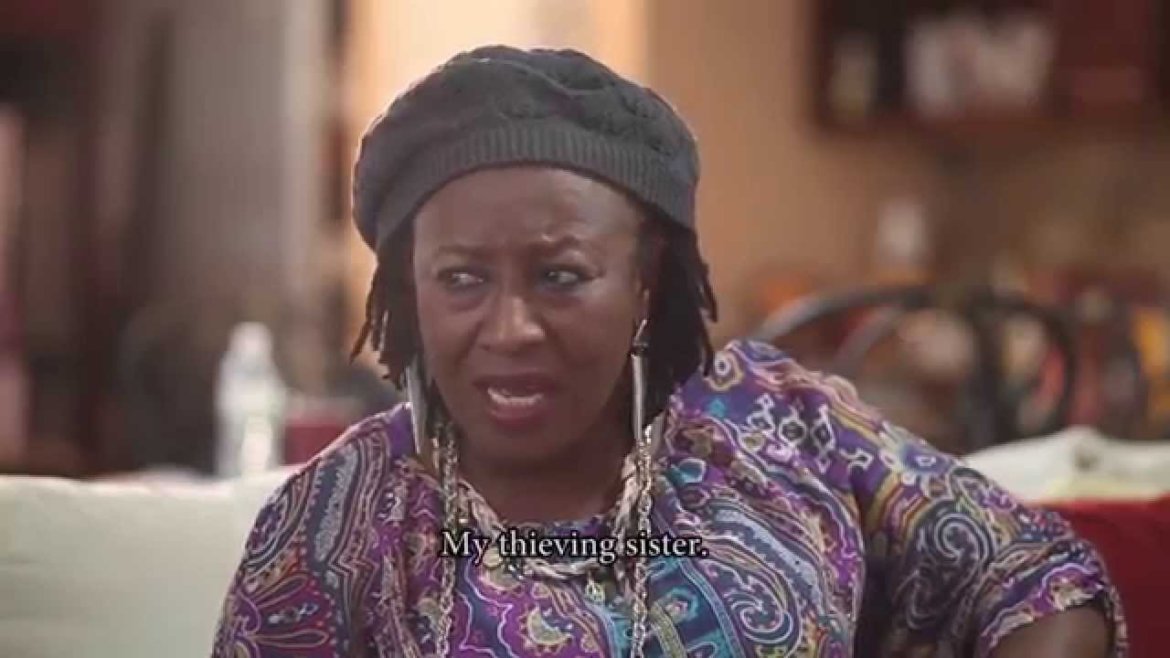 Popular Actress, Patience Ozokwor is one actress many detest watching in movies mainly because of the wicked roles she always interprets. She is no doubt a successful actress, fashion designer and Evangelist. Many that know her will gladly tell you she is one of the sweetest personalities one can easily relate with; a very loving, caring, selfless and down to earth actress.

She was born and raised in Enugu and she attended Abimbola Gibson Memorial College in Lagos and went ahead to attend women Training College. She also attended the Institute of Management and Technology, Enugu where she obtained a degree in Fine and Applied Arts. After graduation, she went into broadcasting where she worked with a radio station as a newscaster and announcer till it closed down. She didn’t give up on her dreams as she went on to another broadcasting facility where she began her Radio dramas. Her first taste of acting began during her teacher training days in Afikpo, where she was given the role of Hamlet in Williams Shakespeare’s Hamlet. She played the role so well and it became so popular in the East. She also featured in NTA soap opera ”Someone Cares” and she acted in a movie in  1999, titled “Authority”. This beautiful role interpreter also featured in “Living in Bondage”. She is a pioneer of the Nigeria movie industry.

She got married at the age of 19 but lost her husband in 2000 to a terminal disease. She is blessed with 3 biological children and few adopted ones who all bear her name. She is always quick to point out God as the pillar of her success and all she has achieved in life. She is one of the highest-paid in the industry. In her chat with Igbo Tv, she talks about why she often interprets wicked roles in movies, her transmission from MamaG as she is fondly called and why she can’t take up some roles anymore in movies.

Why did they always cast you for wicked roles in movies?

It’s a movie and you can’t interpret your personal role; you will always interpret other person’s character.  That is why it’s called make-believe. If you tell me to play my character, I can’t even play my character because I don’t know how I behave. When you are acting it’s entirely a different ball game. You are either acting a good or bad person, so the important thing is to be able to interpret the character you are given.

Are you God-fearing? I’m a woman of God and a proud Evangelist of God.

How did the transmission come?

Yes,I was born again before I joined the movie industry. I was a member of Scripture Union and many people were aware of that back home. When I was acting, I started bringing things I was not doing those days into my way of life; like my mode of dressing changed, the way I presented myself to the world changed. Nothing mattered to me anymore, but now I have gone back to the original of what I used to be before I joined the movie industry. One day, we were going to shoot in my area where I live and a  member of the Scripture Union came and said Patience, don’t join them and start wearing what they are putting on. I said I’m already with them so I will wear it because that is what I was paid to do, but honestly, I was brought up a born again Christian, even when I got married it remained part of the things that caused trouble because the man was not born again and as a born again Christian the rule was that you must marry a born again Christian so it became a very big problem, but I was subdued by my parents, but I am back now to what I used to before. Also, my son had dreamt that he was shown two of my pictures: The one I took when I was a member of the Scripture Union and the one I took now and he said mummy, there are two pictures they showed me in a dream and I prefer when you were with the Scripture Union and I was like nooooo; don’t let me go back to what I left many years ago. He said just pray because I have seen this more than two times and that’s why I went back to my former mode of dressing

Have you faced any challenges since you started the work of God?

Not the ones you didn’t know about. It was just normal people started asking if I was leaving acting? I said no. God has not told me to stop acting. I have been going to the location and featuring in movies. They are like, are you sure you can combine the two? It’s not for me, if God says I have not told you to resign so why should I?even when a prophet told me about God’s plans for me, I thought I would stop acting but He said I should combine it and other messages started coming in too. I was also made to understand that God wanted to use me to replace somebody but I didn’t know what it was really but everything is clear now.

So do you now understand everything and who God wanted to you to replace?

Would you concentrate on Christian movies?

Most of her movies teach morals and that of God too. There are things I can no longer do again in movies.

Can you give us examples?

Although, I have never done some of them before. I will never go nude. I will not and I will never welcome anybody do it in a movie I act unless you have shot yours and gone. You know some of these crazy producers will remove your head and put someone else body as if it was you that went naked so you need to sign that such won’t be done to my pictures. You might just act and leave the next thing you start seeing something else you will now start wondering when you acted that scene, all these needs to be discussed.