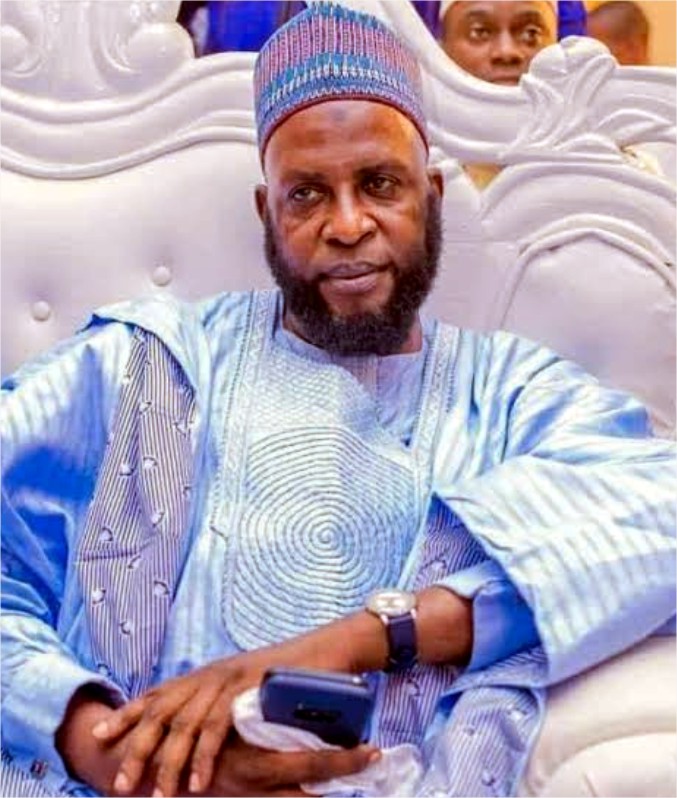 The issue of marrying more than one wife (two to four wives) in Islam has been an interesting debate among Muslims scholars over the years. Many scholars have spoken on this using different views and interpretation of Quran 4 vs 3 to buttress their points.

Popular Islamic cleric who’s based in Ibadan and widely known for his highly inspiring lectures, Sheikh Taofeek Akeugbagold has cautioned Muslim men to think twice before embarking on marrying more than one wife in order not to earn the punishment of Allah.

Below are the explanations the sheikh gave to further educate Muslim Ummah on the subject matter.

The issue of marring two, three and four wives if properly examined in Qur’an 4:4, God made marrying one wife compulsory. A mature male must get married. There’s no room for celibate lifestyle in Islam. Marriage is one of the traditions of the prophet and the prophet (SAW) said whosever neglect the culture of marriage is not part of his followers. This means marrying one wife is very compulsory for every man in Islam. Marrying up to four wives in Islam is highly conditional and not compulsory.

Today we can’t fault those who have the capacity to marry two, three or four wives at a time. Islam does not negate such practice. It’s better than having a wife and piling up concubines.

Looking at the Quranic injuction which says marrying among the women of your choice two, Allah started with two has been grossly misconstrued by some scholars saying Allah meant two -two, three-three, four-four making it eighteen wives altogether. But Allah does not permit us to marry eighteen wives. Even the days of the prophet, a man accepted Islam he was very wealthy such that he has up to 20 wives. And the prophet instructed him to select four of his choice among them and divorce the rest. That shows that Islam does not permit us to marry more than four wives. There’s nothing wrong in marrying two or three or the entire permissible four wives once. There are reasons that Allah permits us to marry up to four wives. Taking a look at their shapes, sizes and complexion, you should able to find them within the region of the four wives.

The Shariah outlined that there must be cogent reasons for a man to marry two, three or four wives. Among the eleven reasons stated by the Shariah, it’s important for a man who intends to marry more than one wife to be just among them. The Holy Prophet (SAW) said any man who marries more than one wife and is unjust among them would be raised on the day of judgement like someone with paralysis likened to stroke. And that would be how he will meet his Lord. This is the punishment for an unjust man among his wives.

Another reason for marrying more than one wife may be as a result of the sexual agility of the man. He has the capacity to mate up to three women consecutively without getting tired. Such person is allowed in Islam to marry up to four wives providing he has the financial means to take good care of them.

In order to be able to have control over your wives you need to be wealthy enough else you will create problems which may attract the rot of Allah. Many marry more than more one wife for the fun of it but they have forgotten the warnings of the prophet which says Allah will question you on how you have treated your wives.

Even if you have the money to take care of the four wives, ensure you have the sexual capability to take care of them. Once these wives start to make babies, the children would spring out like flowering plants with many seeds and they would all grow together. Imagine if you are blessed they got into the higher institution together, what’s your income like, how much do you earn? If today is rosy for tomorrow might not be that rosy. Truly Islam permits marry up to four wives but we need to apply wisdom in order not to regret our actions on judgment day. If you already had two, three or four wives but just among them. Ensure things are equitably distributed among them and ensure you consider their respective areas of needs. You must always balance your love among them. Don’t showcase your utmost love to one over others. Even if you like one, you must keep it within yourself. Many have become doomed as a result of the cause placed on them by their wives because they were unjust and treat their wives with disdain. So therefore let’s be just and we should not go beyond our limit.

Why Marrying 2 To 4 Wives Is Not Compulsory In ISLAM – IBADAN Cleric, SHEIK TAOFEEK AKEUGBAGOLD was last modified: April 30th, 2021 by Jamiu Abubakar

Why The Gateway Church Is Different From...