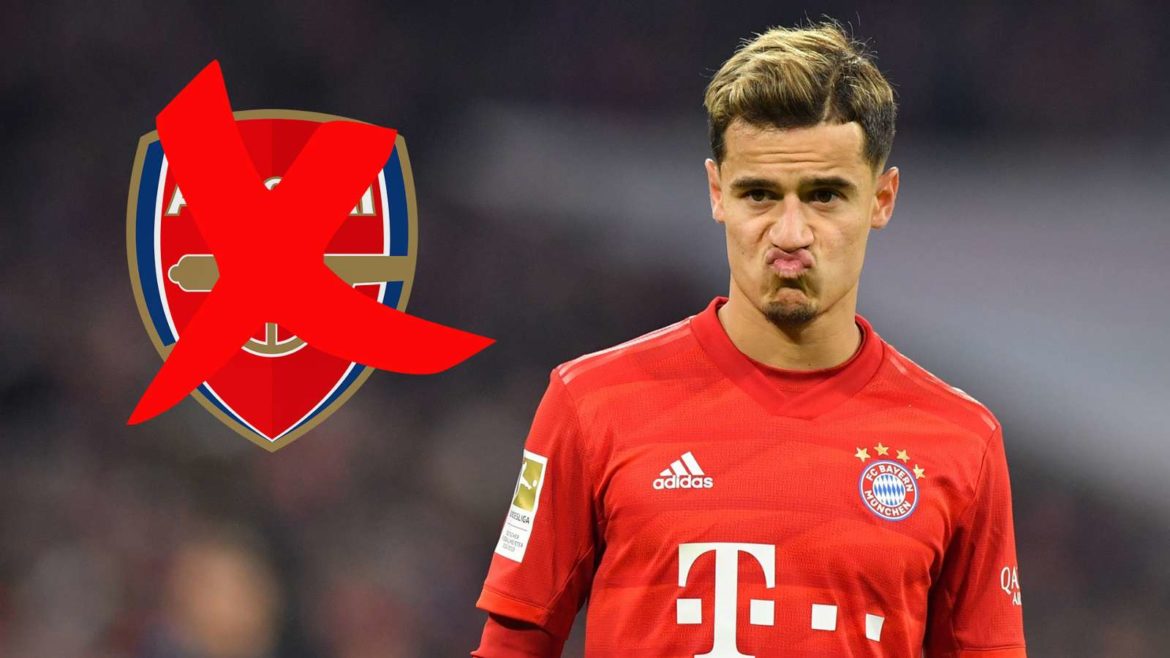 Philippe Coutinho was linked with a move to Arsenal throughout the summer before ultimately making a loan move from Barcelona to Bayern Munich.

And now, even before a date has been set for the Premier League to resume from its current coronavirus-enforced hiatus, the Brazilian playmaker is once again being named as a potential transfer target for the Gunners ahead of the 2020-21 season.

It’s looking highly unlikely that the 27-year-old will see his loan move to Bavaria turned permanent, with Bayern’s chairman Karl-Heinz Rummenigge having already admitted that the Bundesliga champions have not activated their purchase option for Coutinho and that the clause has now expired.

“We’re going to plan our squad for next season and we’ll see if he still has a role to play with us or not.”

At the time of finalising the season-long loan deal for Coutinho last summer, Bayern agreed an option to buy the Brazil international from Barcelona for £107 million ($132m).

Barcelona are willing to renegotiate and would now accept a lower fee, and although Rummenigge did not close the door completely on a permanent move for Coutinho, their focus this summer will be on completing a deal for Manchester City winger Leroy Sane.

And that would leave the former Liverpool star with no option but to return to Barcelona, who are desperate to get him out the door just two years after signing him for £140m ($172m).

So another move this summer is on the cards for the playmaker, with Arsenal now being mooted as one of the favourites to sign him.

It’s a link which is an easy one to make when you consider who Coutinho’s agent is.

Kia Joorabchian – a self-confessed Arsenal fan – is now a very influential figure at the club. He has a close working relationship with head of football Raul Sanllehi and sporting director Edu and is often seen in the Emirates Stadium directors’ box on a match day.

So it’s no surprise to now see Coutinho’s name being mentioned alongside Arsenal’s once again, although while speaking to Sky Sports in April, Joorabchian was keen to point out he would not try to push his client towards the club.

“The fact I’m an Arsenal supporter is not a secret,” he said.

“I don’t have any preference where the players go. I don’t try to push someone to one club or another. Everything is a possibility. After the Champions League game he played in England we had a long chat about it.

READ ALSO: ‘WE DRIED OUR TEARS’: HOW MILITARY TORTURE CHILDREN WHO ESCAPED FROM BOKO HARAM DEN