Home News WHY SENATOR YAYI DOES NOT JOKE WITH HIS WIFE, TEMITOPE
News

WHY SENATOR YAYI DOES NOT JOKE WITH HIS WIFE, TEMITOPE 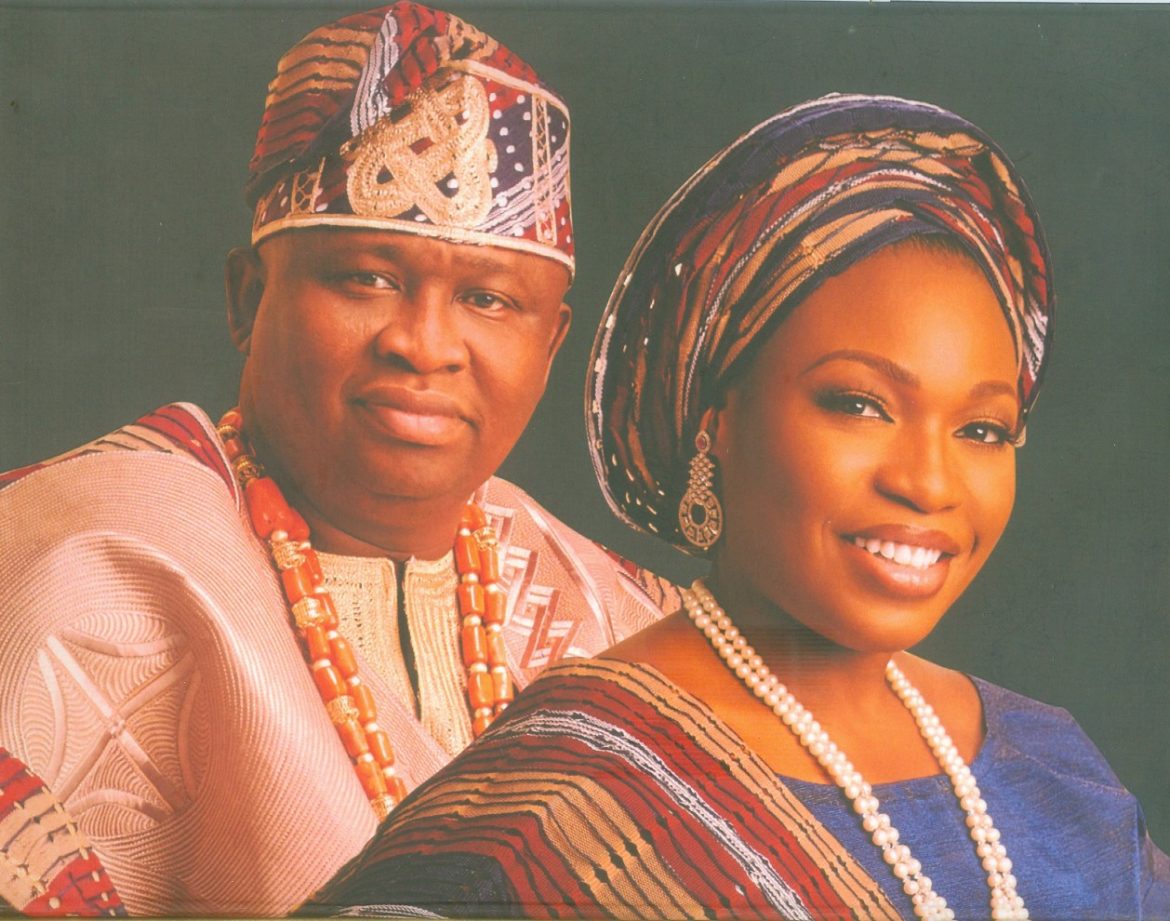 Not many people know that Senator Solomon Olamilekan Adeola (Yayi) has a pretty wife called Temitope. He does. She is a stunning beauty. Only few know they are close. We can tell you that for free. They are. She is one woman who he respects so much and he always tell his aides and friends this.

At a recent event in Ilaro, both looked colourful, as Senator Yayi was conferred with the title of Aremo of Yewaland and his adorable wife was made the Yeye Aremo of Yewaland. It was to mark the 10th Coronation anniversary of HRM Oba Kehinde Olugbenle, the Olu of Ilaro and paramount ruler of Yewaland. This took place on Saturday 14th May, 2022.

Who is Chief Mrs. Temitope Adeola? We can tell you a lot about her. She is one woman whohas had varied and global education. Her early education started in Lagos State, before she proceeded to Egbado College, lIaro where she completed her secondary education at Remo Divisional High School, Sagamu, Ogun State. She obtained her first degree in Psychology from University of Ado Ekiti and a second-degree in M.Sc Corporate Communication and Public Affairs from Robert Gordon University Aberdeen, United Kingdom. She then went to earn another professional degree in Strategic Marketing from the Adren University, United Kingdom.

(OB-PS) and World Association of Girls Guide and Girls Scout (WAGGGS). These associations enable girls and young women to develop their full potential as responsible citizens of the world. Mrs. Adeola is the Founder and CEO of Chadash Empowerment Foundation, a non-profit organization with the sole objective to alleviate this plight of vulnerable widows and orphans in the society. The Foundation caters for the welfare and economic empowerment of disadvantaged widow and orphans. She has transformed many lives in the society through the Foundation. In her service to humanity, Mrs. Adeola has received several awards in recognition of her leadership and tireless contribution to vulnerable communities. She is a woman of integrity who devotes her time serving God, loving her family, and giving hope to the disadvantaged. Her husband also loves her because she complements him in a great way, because she  can relate to his political and community commitments.

WHY SENATOR YAYI DOES NOT JOKE WITH HIS WIFE, TEMITOPE was last modified: May 16th, 2022 by Reporter